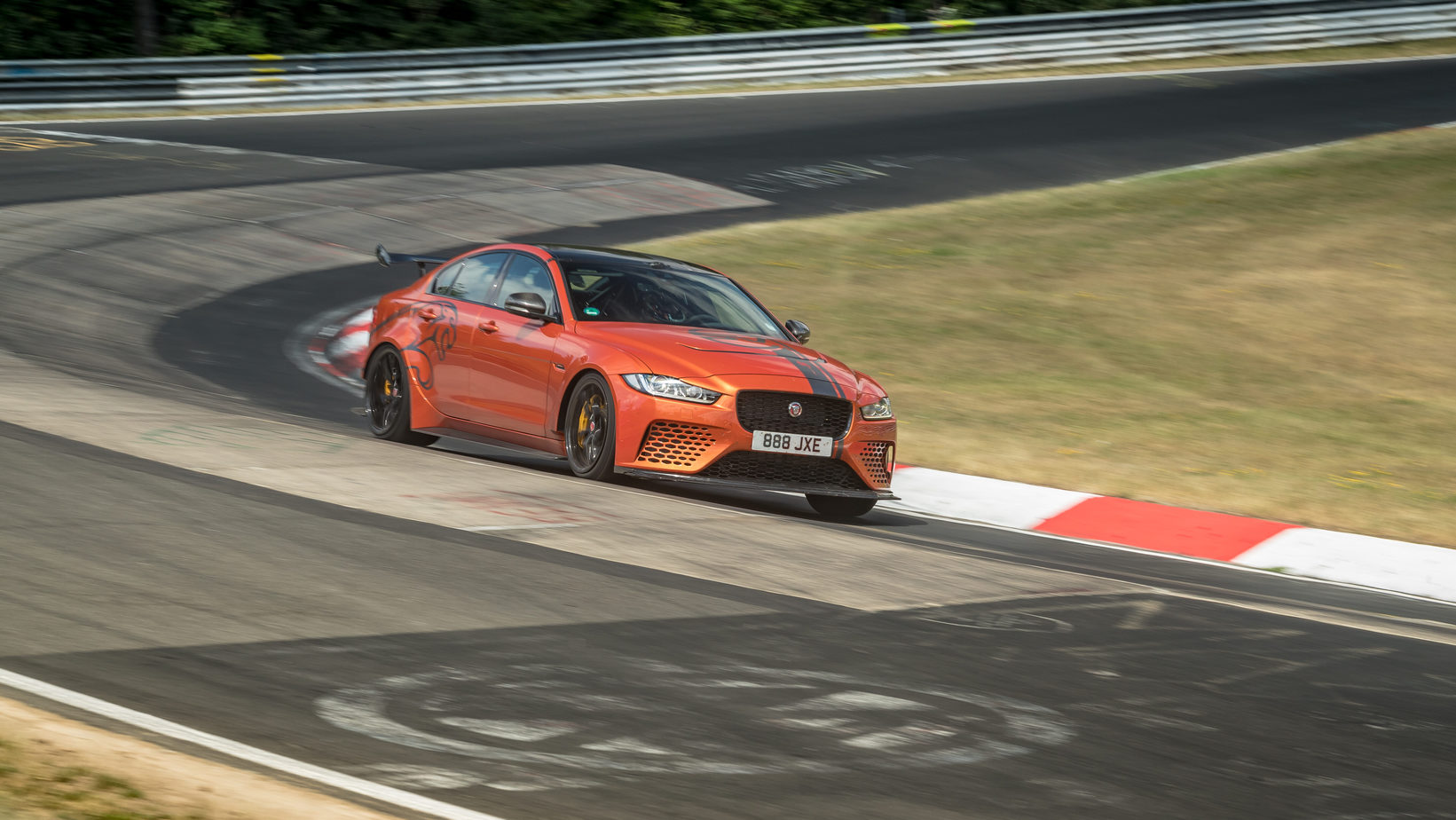 A new record for a four-door production car has been set at Nürburgring Nordschleife. The car behind the feat was developed by Jaguar Special Vehicle Operations via the XE SV Project 8. The time was 7min 18.361sec.

That course used was 20.6km in length and tops the Project 8’s previous benchmark by 2.9 seconds.

It’s also the holder of the fastest whole lap record in the Nürburgring’s mid-range production car class. It covered 20.8km in 7min 23.164sec.

The man behind the wheel was development driver Vincent Radermecker. The car’s suspension was set to track mode with the adjustable front splitter and carbon fibre rear wing angled for maximum downforce.

Providing the grip was a set of Michelin Pilot Sport Cup 2 R tyres.

Jamal Hameedi, Engineering Director, Jaguar Special Vehicle Operations, said: “The original Nürburgring time set by Jaguar XE SV Project 8 demonstrated the extreme performance envelope of the world’s fastest production sedan, but the SV team is driven by a motorsport mentality and we knew Project 8 could go even faster. This new official record time is a fitting reward for everyone who has played a part in pushing the boundaries for our customers with Project 8.”

Jaguar’s 5.0-litre Supercharged V8 produces 441kW, plus has all-wheel-drive. It will shoot to 100km/h in 3.7 seconds. Production versions will be available next year.

Australian Prices for the Jaguar XE SV Project 8 (four seat) start from $325 000 and the two-seat track pack is $349 000. However, all vehicles are LHD and cannot be registered in Australia!