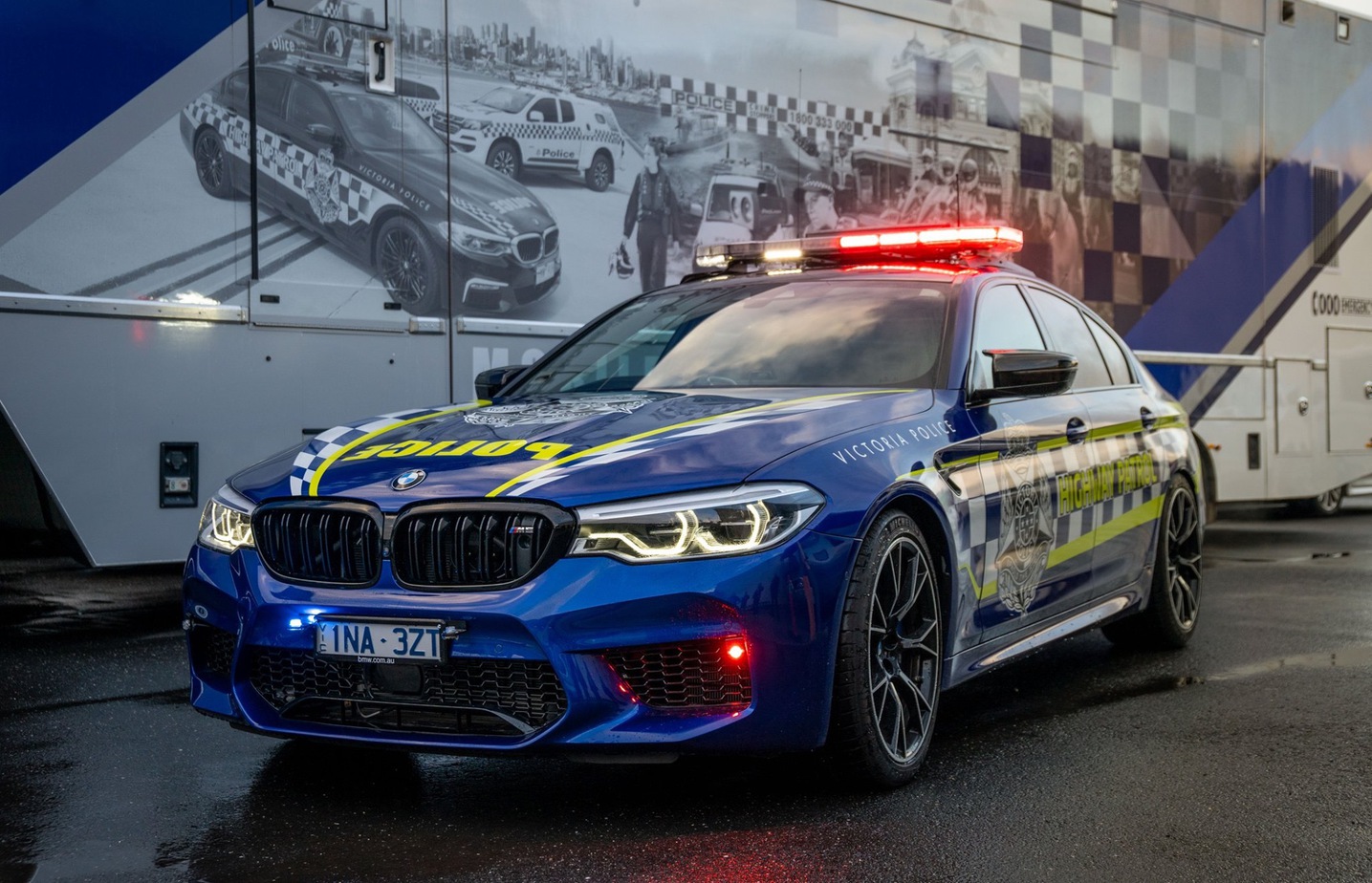 Most powerful police car ever enters service in Victoria

By now you’ve no doubt seen the odd BMW 530d highway patrol car. But Victoria Police have now taken possession of a BMW M5 Competition. This is not only BMW’s most powerful car on sale, but will also be the fastest Australian police car to ever enter service. It will rocket to 100km/h in under 4 seconds.

“Our 530ds have impressed the force with their combination of performance, comfort, dynamics and efficiency. With our Condition-Based Servicing model, these vehicles offer strong lifecycle value for Victoria Police.

“Now with the incredible BMW M5 Competition entering Victoria Police service, the performance level has jumped up the scale. When combined with the safety of the xDrive four-wheel drive system, the M5’s all-round ability aspects makes it a natural fit for dynamic police duties,” he said.

The BMW M5 Competition can hit 305km/h and is powered by a twin-turbo 4.4-litre V8 that produces 460kW. Luckily Victorian Police didn’t need to worry about mates rates, thanks to a 12-month loan. In the wild it will set you back $229,900 before on-roads.

Thanks to Joshua Dowling for hitting us up in the EFTM Man Cave. You can follow him @JoshuaDowling on Twitter.

Most powerful police car ever enters service in Victoria