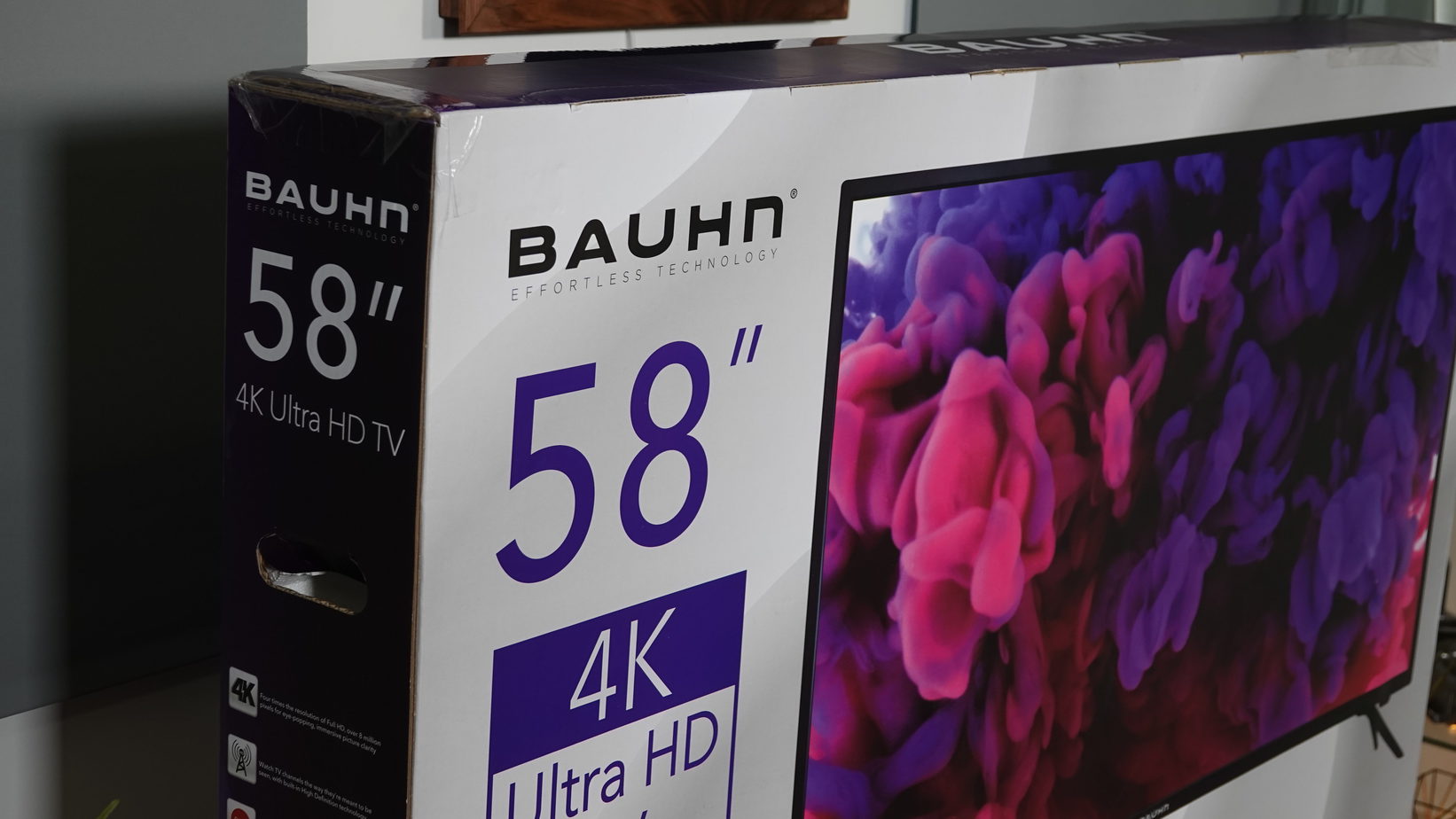 Another Aldi Special Buy TV hits stores tomorrow, Wednesday July 17 and it’s a cracker deal as always – so – how does it stack up?

Filling every gap for shapes and sizes, this week’s Bauhn TV is a 58 Inch 4K version.

I think the story of this TV is mostly about what it doesn’t have more than what it does.

There’s no connectivity, no Netflix, no YouTube and there’s no HDR.

The HDR isn’t a deal breaker for me, but in a family home I think a lot of people today would love to have Netflix and YouTube.

If that’s you – there are other Aldi TV’s available and if they’re sold out, don’t worry they will come back.

So who is this for?

Set top boxers and Free to Airers. If those are words:)

If you have a Telstra TV, a Fetch box, Vodafone TV, Foxtel, or whatever set top box you enjoy then this is a brand spanking new big-screen for your viewing pleasure.

For those with a current TV that measures in the 30 and 40 inch marks, then this thing will blow your mind just on size.

Plug into one of the FOUR HDMI inputs and you’re good to go.

Throw a USB stick in and you can record Live TV too.

Picture is great, of course when watching 4k it is at its best – a TV of this price isn’t going to upscale SD and HD to anything like 4K – but when you plug in 4K it really shows its form. And it’s good.

The only negative about the picture in my mind is the bright/grey glow that appears on each corner of the screen when there is a large amount of black on screen mixed with a splattering of brights. It’s a shine that really takes away from the picture – but, I should stress, I only noticed it when watching a movie with letterbox black bars top and bottom and when all the lights were off in the room.

In normal room conditions it was fine.

For those who’ve bought one – don’t be afraid to mess around with the picture settings in the menu – switching to Dynamic really helped make my gaming pop on the PS4.