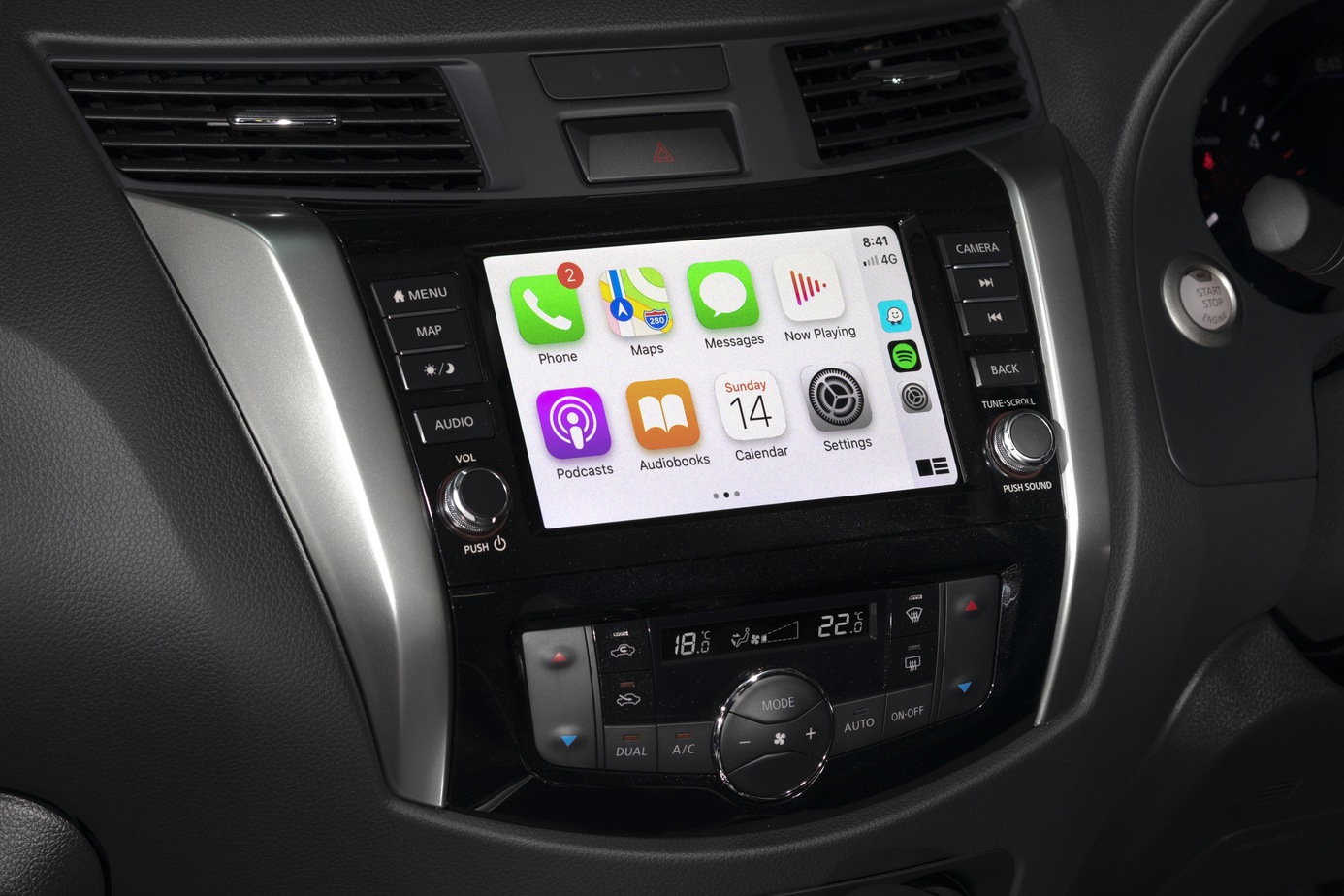 Look I’ve said some terrible things about Nissan’s infotainment system, the most hurtful being “it predates MS-DOS.” But today the brand has redeemed itself somewhat by offering Apple CarPlay and Android Auto on Nissan Navara SL, ST and ST-X grades.

The all-new Alliance In-Vehicle Infotainment sees the interface and menu’s reworked. Screen real estate has increased to 8.0-inch via a colour touchscreen.

AM/FM radio is still included along with USB, AUX and Bluetooth® functions. But the CD player has finally met its maker.

“We took the opportunity to introduce this technology with our updated infotainment system – one that not only looks great but is modern, simple and intuitive to connect to and use.”