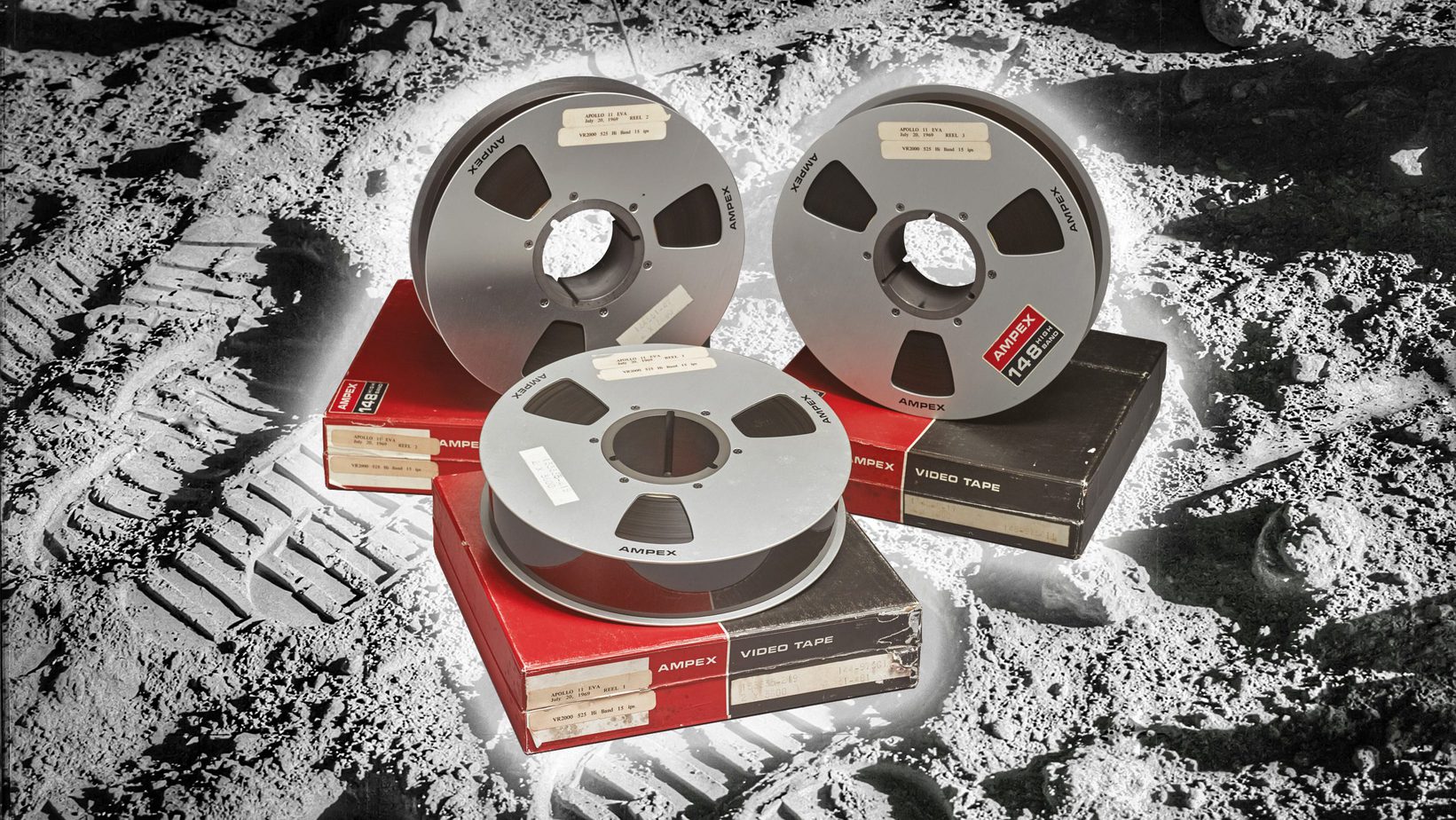 Internships are much maligned, these poor kids working hard for little or no money – just “experience”, but not so in the case of Gary George who looks set to make a million bucks from his time at NASA back in 1973.

As a very young man, he was awarded an internship at the NASA Johnson Space Centre in 73, and as a curious bloke he would visit government surplus auctions from time to time.

He was a smart kid – there were sixty five boxes of two inch tape which TV stations used – and because a new tape cost $260, he would only need to sell a couple to make his money back.

Tapes of that era could simply be magnetically wiped and re-used, this was common practice in media at the time.

Fast forward to 2008, and Gary learned that NASA was trying to locate original Apollo 11 EVA recordings, but despite being put in touch with NASA there was no agreement reached about what to do with them or even how to view what Gary had!

Now intrigued, Gary found an archivist in California who was able to play back his tapes, confirming what was on them. This was the first time they had been played since he acquired them in 1976.

They were viewed again later in 2008 when they content was digitised onto a hard drive, and have not been viewed since other than by auction house Southerbys to confirm the content of the tapes.

You can view the full history of the tapes, and the auction itself at Sotherby’s online – fascinating stuff!

And of course, a little bit of Aussie in them too, with the images on the tapes transmitted via the Parkes Observatory in NSW – if you haven’t seen The Dish – get on it