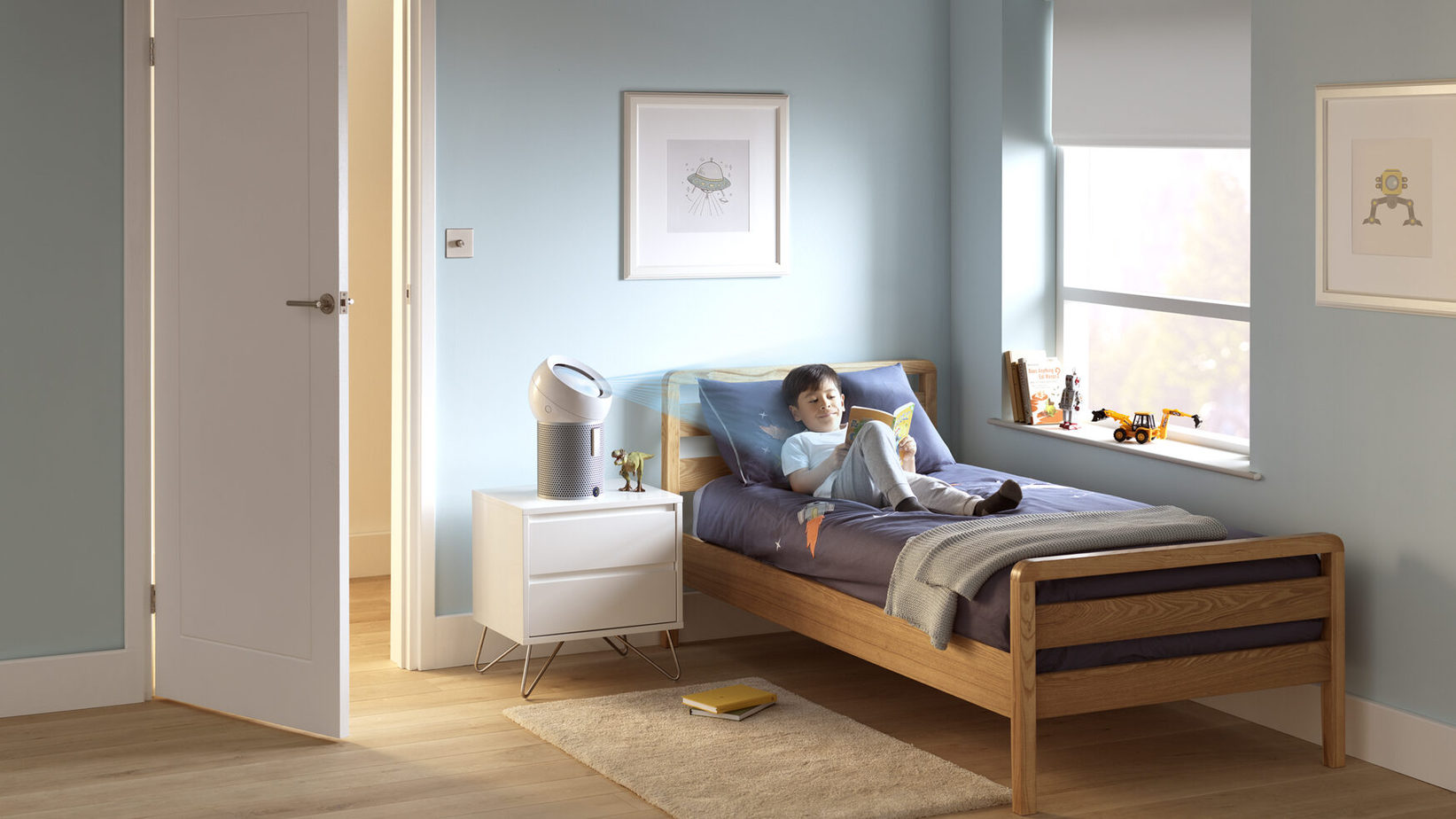 Did you know that the world’s office spaces are air-conditioned to meet the climate needs of men, so they can wear suits? 22-degrees is commonly regarded as ‘room temperature’, thing is men feel the heat by up to two degrees more than women. So, while the fairer sex shiver away, men wearing their bag of fruit are feeling just dandy.

Cue Dyson, who I’m surprised haven’t announced it has reinvented the wheel, yet. Dyson want you to feel cool and comfortable in your own personal space. I’m not saying Dyson is encouraging companies to turn the heat up to meet gender equality, but it’s an interesting point.

So that aside Dyson want you to stay cool for now, but no doubt a heater version of the following product is in the pipeline. Now that could be at the office, in the bed, in the kitchen or loungeroom. Think of your sleeping habits, does your wife, girlfriend or lover want more or less of the blanket? Well as I said there is science behind that.

But bugger using a pedestal fan, Dyson has unveiled its first personal air treatment machine. Known as the Dyson Pure Cool personal purifying fan. Now I happen to know way more than I should about the terms Particulate Matter (PM10), Volatile Organic Compounds (VOC) and NO², all are harmful to the breathing human.

Ranging from particulate matter to chemicals and gasses. You’d be surprised just how much of that stuff is floating around and where it’s coming from. Something as seemingly harmless as a scented candle burning away is actually not all that good for you.

We live in a world where many scoff down as much filtered water as possible, on average up to two litres. But we breath anywhere between 9,000 – 11,000 litres of air, more if you hit the gym. So yes, Dyson are targeting a new area of insecurity, one that’s not a massive issue in Australia as opposed to a country like China. But still, it’s worth looking at.

This is a compact machine that you can easily place on a bedside table. Other Dyson filtration products are floor based and designed to suck air from across the room, for larger scale air cleaning.

The most unique element to this device is the design, the bulbous appearance looks nothing like any other Dyson fan. The dome on top is where the action is at, using new a technology called Dyson Core Flow.

It was literally inspired by aerodynamic properties of a Harrier Jump Jet; which James Dyson has on display at the Dyson campus. Engineers learned that when two jets of air meet on a convex surface, they converge to shoot out a high-pressure stream of focused air. Look at the middle of that cone, that’s where the air is coming from. By sliding the cone up and down you can direct the air flow, it’s amazing to witness and feel.

The Dyson Pure Cool personal purifying fan can also oscillate up to 70-degrees, so it doesn’t blow your face off.

It should be noted that this is not a smart connected device, like other purification products in the range. The reason being you’re generally going to be within arms reach of it anyway. It does have a remote and a new automatic night mode that uses light sensors to dim the LCD display, it’s also super quiet.

Paul Dawson, Vice President of Health and Beauty says, ‘‘At Dyson, one of our guiding principles when we build new machines is that we solve real problems, for real people, in real homes.”

“Harnessing our knowledge of science and technology, we challenge ourselves to invent things in a different and better way. The Dyson Pure Cool Me™ personal purifying fan is engineered for your personal space, allowing you to take control of your own air quality and thermal comfort.’’

The HEPA filter will trap just about anything of concern and will need replacing every 12-months, based on 12-hours of use a day which is a fair hammering. A filter replacement costs $99.00.

Look for it in department stores from 6th September 2019 with a recommended typical Dyson retail price of $499.