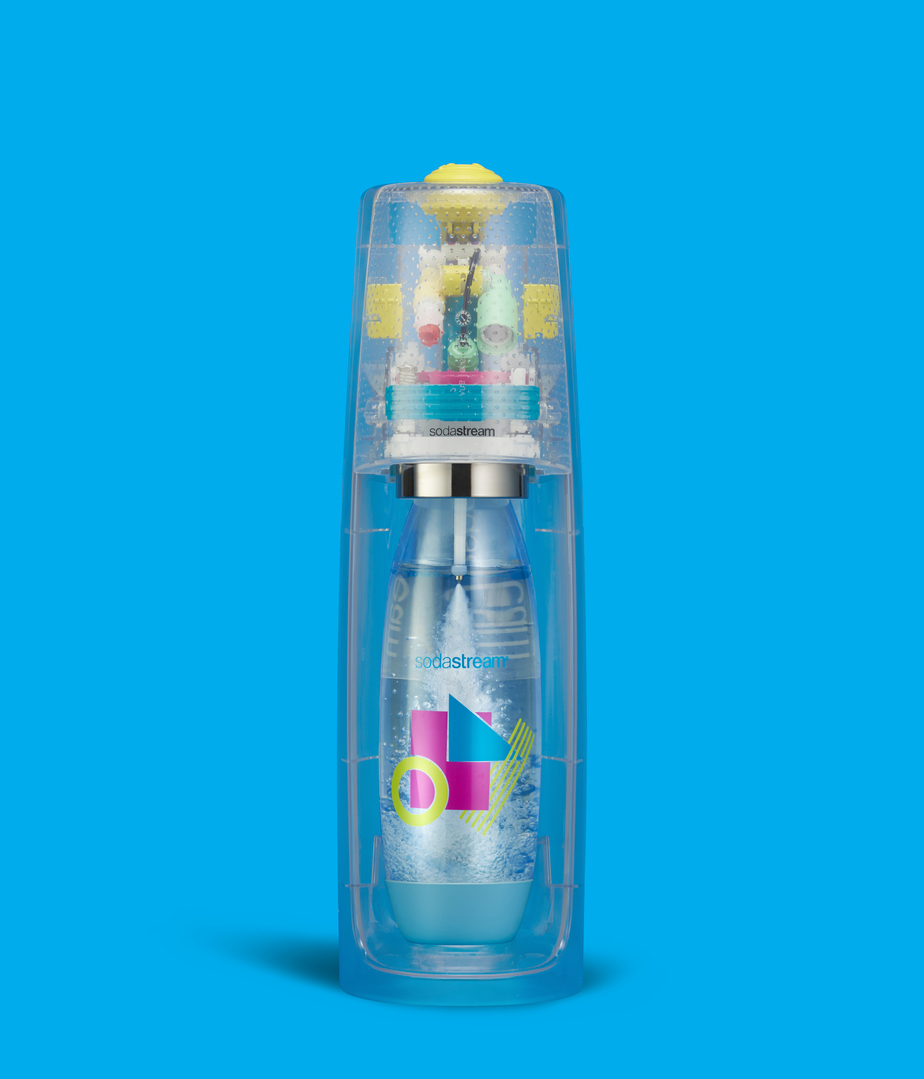 I love SodaStream so I felt it was very important to bring you this news. The brand has released a new, limited-edition machine that is see-through.

But here’s the thing. It’s actually paying homage to what was a must have 90’s bedroom accessory, the see-through telephone. To be honest, I must have missed that.

The clear plastic shell and neon-coated internal components has a further twist. SodaStream has also partnered with another 90s icon, Beverly Hills, 90210 star Tori Spelling. It’s all about leaving single-use plastics in the past.