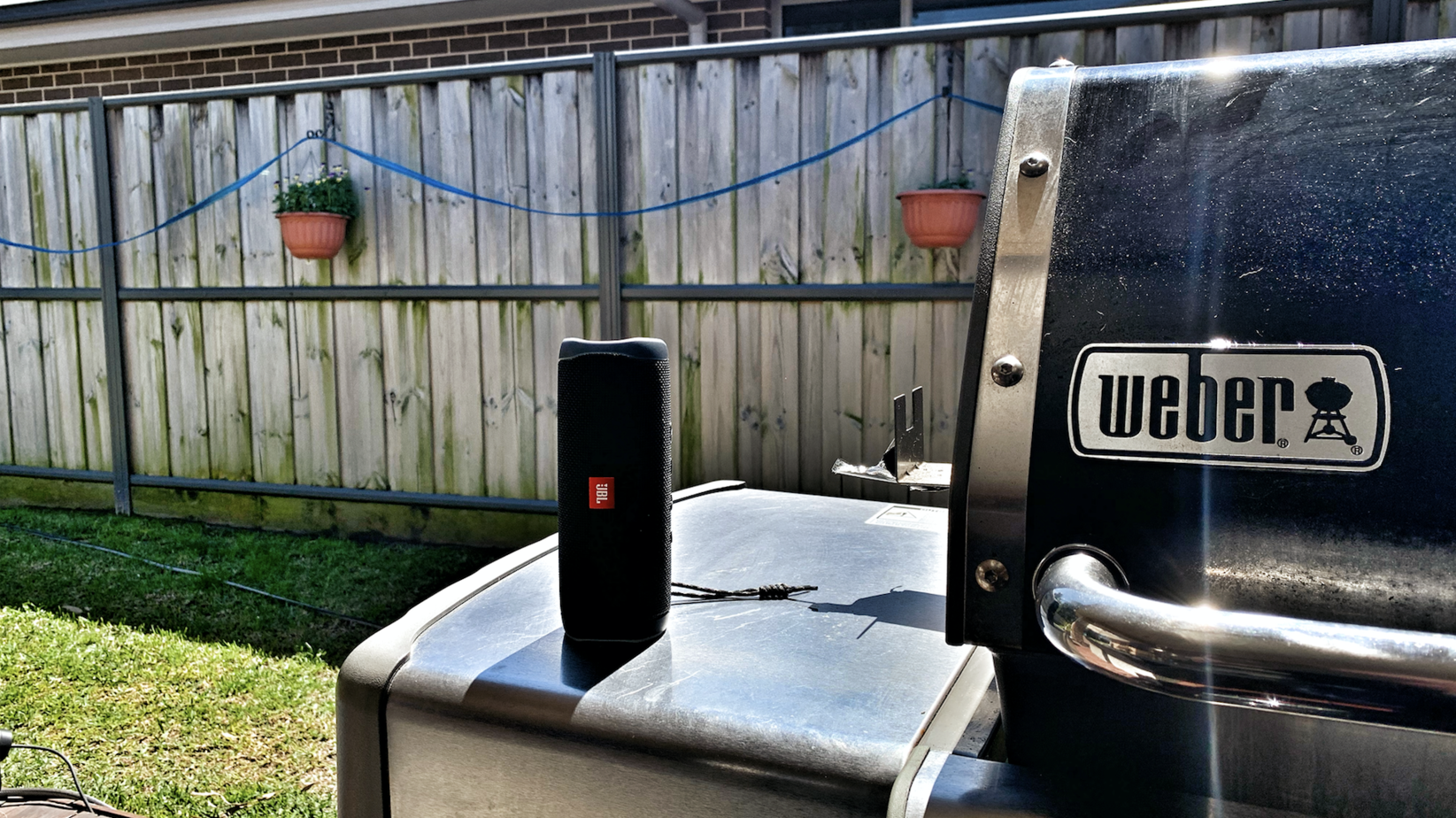 JBL and HARMAN know how to pack some serious sound into a portable Bluetooth speaker. For the last week I’ve been trying out the latest in the Flip series, the $149.95 Flip 5.

These speakers of course are designed for the outdoors mostly, be it by the pool, on the back deck or by the BBQ making for a simple alternative to larger systems. The sound is big, the base is adequate and better still the battery life is long. The Flip 5 does all of that while incrementally improving on the experience that the Flip 4 possessed.

Personally, I’ve been using the Flip 5 in the shower thanks to its IPX7 water rating. You see my two-year old must have music pumping in order to get through the ordeal. ‘Smoke on the Water by Deep Purple’ is the perfect length at 5.38min, it has become so much of a ritual Henry literally shouts “Purple, Purple” every night!

The Flip 5 is compact but noticeably larger than the Flip 4, I’d suggest using it purely in the shower is a tad overkill. This thing is seriously loud.

It’s waterproof up to three feet and has been literally dunked in the bath at home as well, not that I’d suggest doing that too often. The case and design remain the same with durable plastics and rubber that can last the distance.

The battery can keep the party going for 12 hours, plus there’s a new USB-C charging port.

A new racetrack shaped driver sees an increase in cone area and excursion. Basically, the signature JBL signature sound has simply been magnified.

There’s 11 colours on offer plus a party mode that allows you connect to multiple Flip 5’s over Bluetooth.

The only issue I have is the lack of Siri integration, previously I’ve used the Bose SoundLink Micro. The Bose allows you to summon Siri via a long press on the device. Shouting out “Hey Siri play Wiggle Town” when Henry has had enough of ‘Smoke on The Water’ to the actual phone is a tad annoying. But while the Bose is also a $149.95 product it doesn’t come near the performance of the Flip 5.