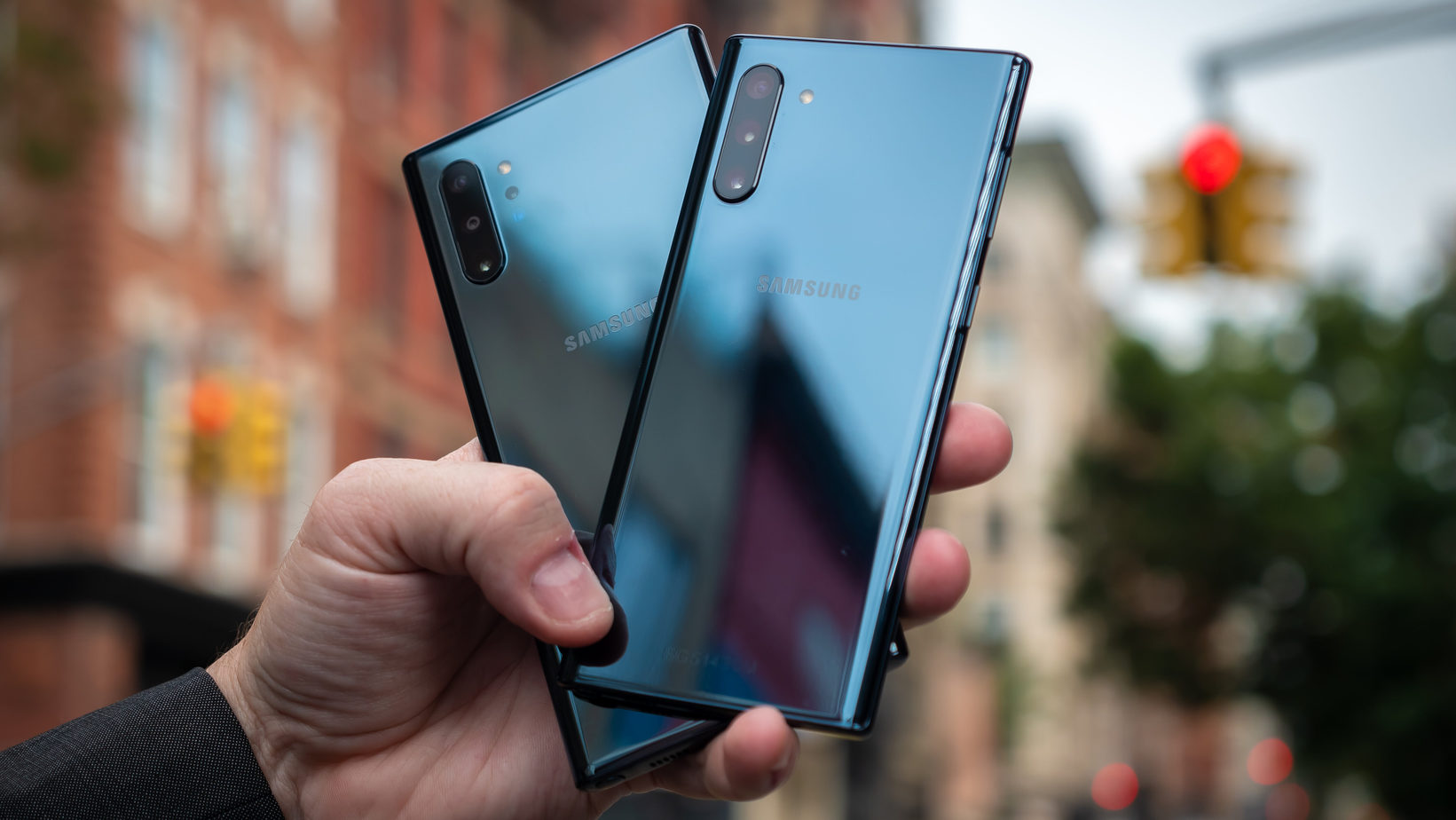 I’ve held off writing this for a while, because hey – of course it’s going to be the best Samsung can offer – anything less and they’re in trouble. But in a time when there are new phones all the time I thought it best to take a much much longer look.

And well worth it that was, because it confirmed for me that this is the best Samsung can offer – and perhaps most importantly the overall experience pipped my then 2019 favourite the Huawei P30 Pro.

Sure it doesn’t have 50x hybrid zoom, but what I realised was that all the camera features I used each day were better.

I have to say from the outset, I wouldn’t buy the Galaxy Note 10+. For me, it’s too big. This is suited to those hard core Note users who want that screen to scribble on that viewing size – but for me, I’d take the Note 10 (smaller version) every day of the week.

Boy oh boy, this thing is a powerhouse. If your day-job has you typing documents, doing spreadsheets, editing documents, watching videos, using the web and cloud based web applications like Google and the like – this could absolutely be your only device.

Samsung Dex is the reason – now, you can plug a USB-C cable into the bottom of this phone and get a full-screen PC experience WITHIN your existing computer screen.

It’s so powerful, it does what you need and with Windows there’s a whole range of additional features like screen mirroring and drag and drop from phone to your PC that take it to the next level.

For this reason, enterprise IT teams should be looking at the Note for their corporate workers – there’s a lot of logic to it.

But then there are the silly things. AR Doodle is the new AR Emoji – it’s just something Samsung can do. It’s software you create to show you can create it.

You’ll never use it.

So let’s get to the real stuff, the good stuff. The camera is amazing. They’ve utterly nailed it here – one of the other reasons to wait this long to write my review is to be sure the Note 10+ camera wasn’t blown out of the water by Apple’s iPhone 11.

And it wasn’t. The Note 10+ is as capable, and in many areas more capable than the iPhone 11. Likewise the iPhone 11 has capabilities somewhat above the Note 10+.

I’d argue the iPhone has superior video capabilities, particularly in lens transitions on zoom and it’s stabilisation is far better.

But when taking pics of this that and the other – they are tight competitors.

Look at that. Now it might not seem like much to you, but a bright sun behind a cloud is a tough photo. To get the sun rays off the cloud, to get the bright edges with detail and the levels of grey within the cloud – I really think this is a standout example of how far smartphone photography has come.

The party trick you will use on the Note 10+ is the Live Focus.

This is “Portrait mode” but on the Note 10+ you get a bunch of effects:

This one is my favourite – taking the colour from the background to highlight the foreground subject:

And this one, while not the greatest photo – means the subject is front and centre without question:

Again – colour vs greyscale – epic snap without the use of an additional app in any way.

And the most awesome thing – there are a bunch of effects available in Live Focus on Video too:

The battery life on this device is what I’d call “All Day Plus”.

BUT – lets say you forget your charger, or you’re on the road for two days.

This phone will get you going for two working days. You won’t be able to hammer it hard at night though, so be careful. I had several occasions where I’d get to middle of day two before battery anxiety kicked in.

Best in class, no doubt

Oh boy – I was nearly converted to regular use of a stylus with this.

I have terrible handwriting. Terrible.

Click that little T for text down the bottom and here’s how it shapes up:

Seriously impressive in my book.

Then there’s the ability to change the colours and emphasis after the fact.

This stuff is really handy for those who have regular meetings and note taking is critical, while I don’t see you getting ready to publish transcriptions, it’s going to make distributing those notes a whole lot faster.

Overall, this is an exceptional device. Topping out at $1999 it’s also “affordable” given the market it sits around.

I’d personally opt for the $1499 Note 10 because I’m getting all of the features I love with just a touch less in terms of camera features.

The design is outstanding and I think if all of this is a nod to what’s coming in February with the next generation Galaxy S device, Samsung may just be taking a very fast run up to the 2020 smartphone race.