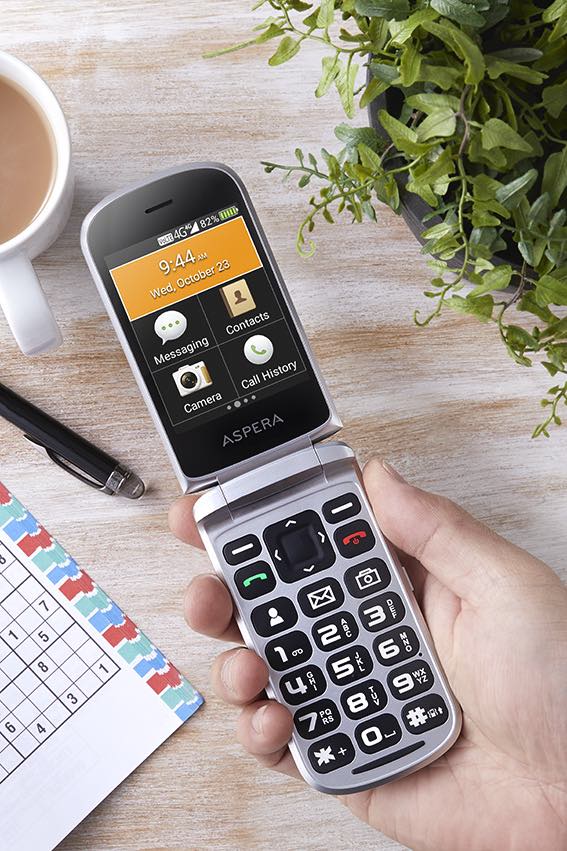 While we’re all excited about the advances in technology with amazing cameras, screens and even folding phones – there’s a bunch of people who don’t need or want for any of those things, this is where the flip phone still finds a market.

4G connectivity means it will last for a very long time (even after 3G is switched off).

It’s not just 4G either, VoLTE means little to many, but it’s a technology that will improve the quality of calls and for many seniors who this phone is aimed at – that’s a good thing.

There is a basic 5MP camera for the odd snap but don’t expect Instagram or Facebook on this basic phone.

Bluetooth on board means you can pair it with the car, plus WiFi hotspot capabilities allows you to pair your tablet or computer and use just one account for data and the 1600mAh is small for phones today but will last days on a phone like this.

Aspera boss Allan Robertson says, “With so many customers asking us about potential 3G network closures, and the cost of 4G chipsets coming down, the time was right to launch an affordable 4G flip phone, and so the F40 was born. The feedback from our customers was that they essentially wanted to retain the experience they were getting on our previous 3G F24 and F28 phones, but also wanted access to some new features and capability that comes with Android and of course operating on 4G.”

On the back of the device is an SOS emergency button which allows you to send a message or call selected contacts in your phone – for peace of mind, this is a really great feature.