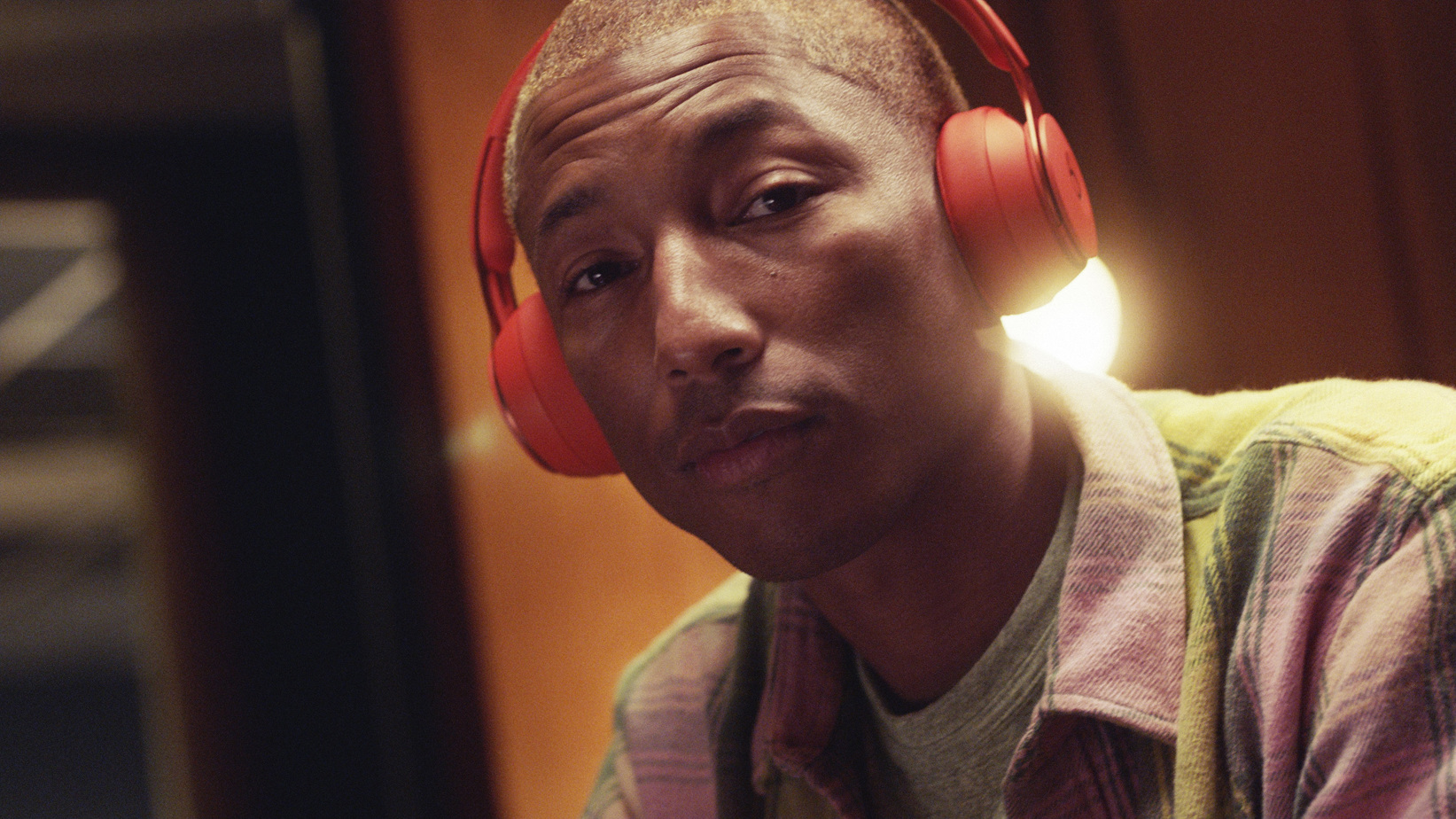 Fold them open and they power up, that’s how the new Solo Pro headphones from Beats by Dr. Dre work – and when they’re on your ears they’re a whole new style of headphone for Beats – Noise Cancelling.

Drawing on the success of the Solo headphones – with over 30 million sold thus far, the Pro edition brings Beats sound to the world of noise-cancelling headphones – probably one of the fastest-growing segments of the headphone market outside fully wireless.

Beats have redesigned the on-ear cushions for Long-wear comfort. The exposed metal sliders enable a more durable and personalised fit.

And it’s not Beats without a high profile launch musician – for the Solo Pros, thats Pharrell Williams. Williams has created the “More Matte” collection of the Solo Pro with a Dark Blue, Light Blue and Red – while the core colours are Black, Ivory and Grey.

“I’ve been along for the ride since Beats started and have collaborated on several projects throughout the last ten years,” said Pharrell. “As a music producer and artist, I’m so thrilled to have contributed to the design and curated a dynamic range of colours for such an innovative and sound-focused headphone. I hope the audio experience inspires creativity and focus in you as it does for me, and I look forward to sharing our global campaign soon.”

The real stand-out feature though is Active Noise Cancelling. Beats say it will work not only on a plane (where Noise Cancelling is often tuned to work best), but also in a noisy office or cafe.

Beat’s announcement of the Solo Pro’s says “Pure ANC also evaluates fit and adjusts for leakage caused by hair, earrings, different ear shapes and movement of your head as you go about the day. Additionally, it simultaneously checks what you’re hearing while noise cancelling is applied against the original music content to ensure impressive audio fidelity.”

They unfold to power on, and there are multi-function controls on the right ear-cup.

You should get 3 hours of total playback with just a ten-minute charge, however, that won’t be needed much with a 22-hour battery life with noise-cancelling on, up to 40 hours with it off.

The Beats Solo Pro go on sale in Australia at the end of October for $429.95 with pre-orders available now from Beats