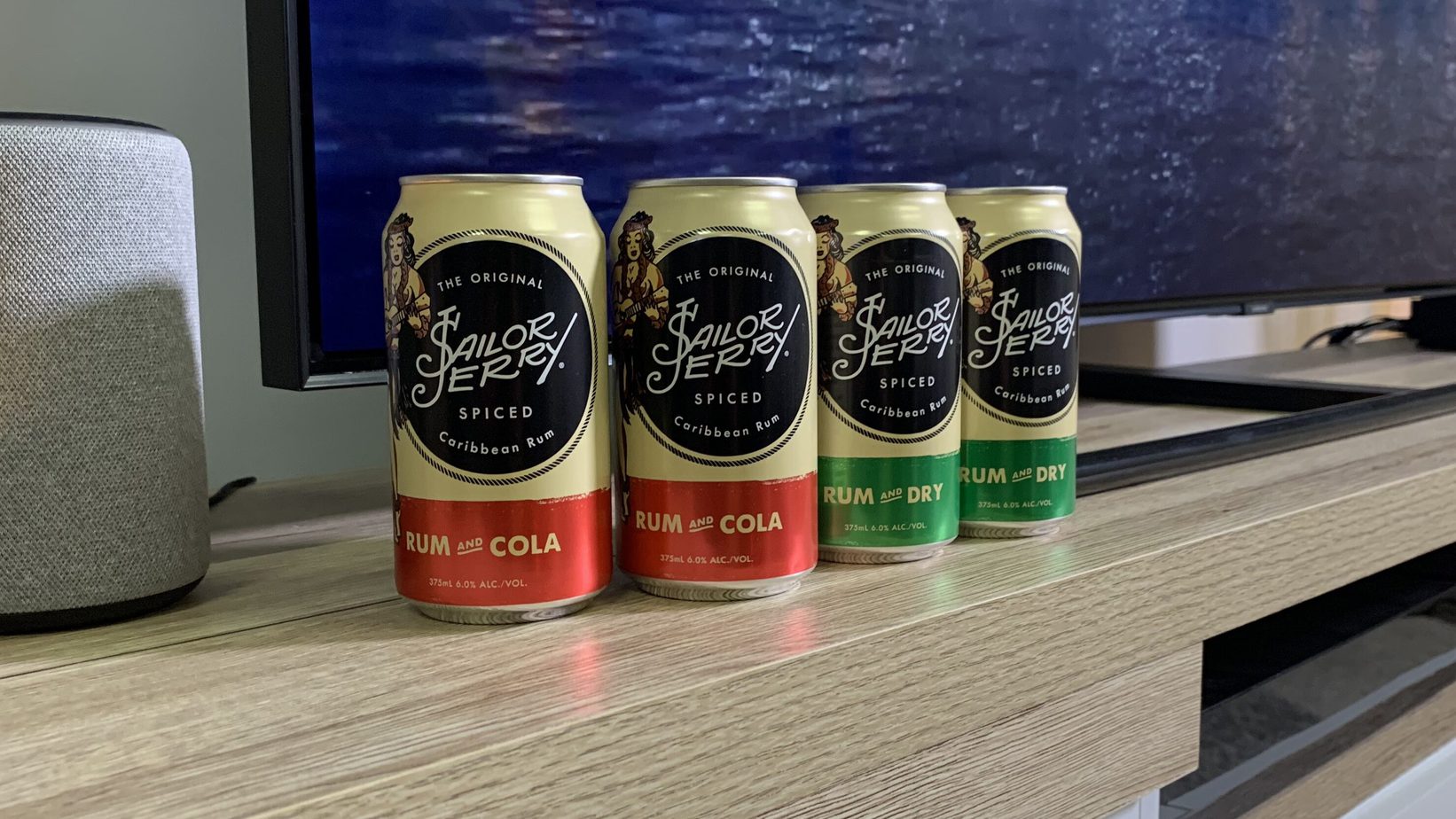 If you’re a fan of Sailor Jerry Spiced Rum you might want to head down to your local Bottle-O. Now after 19 years the brand has launched Ready To Drink Cans (RTD’s). There are two flavours  “Rum and Dry” and “Rum and Cola”. Australia is the first market to score the new innovation before it rolls out globally.

The pre-mixed duo are said to be true to the traditional notes of Sailor Jerry Spiced Rum, blended with cola and dry ginger flavours. They do pack a bit of a punch taste wise and contain 6.0% ALC./VOL.

Global Sailor Jerry Brand Ambassador Gravy Thomas said, “Australians are going to be the first to experience these RTDs, just in time for the warmer months! These maintain the same authentic Sailor Jerry spirit. The combination of our iconic bold rum with delicious cola or dry ginger flavours is one we know they are going to love.”