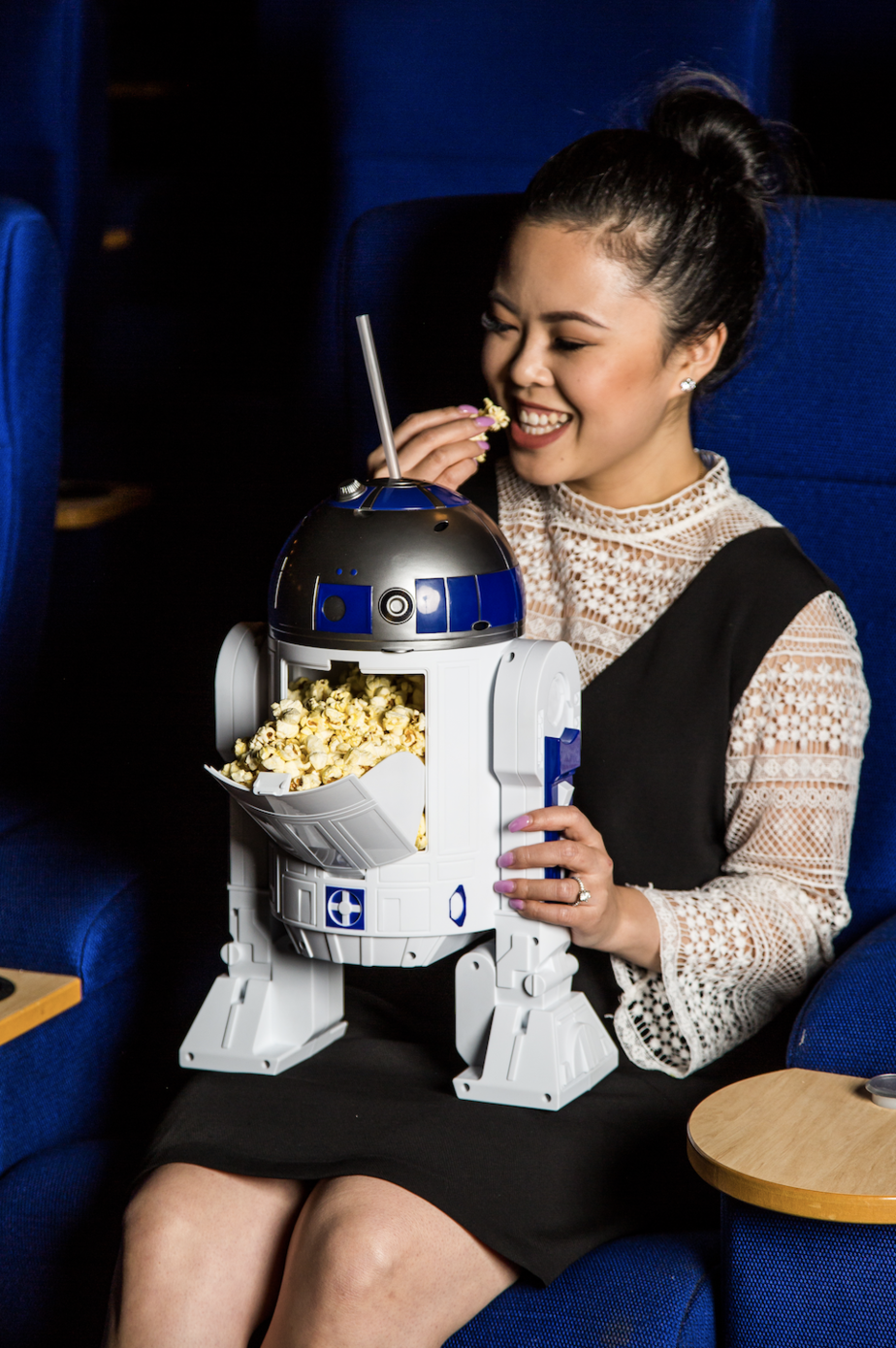 For some, like our Dictator Trevor Long this is the greatest moment in his life, the end of 43 years of Star Wars. For many it’s the end of an era, one that will shake the globe, I think. Disney’s Star Wars: The Rise of Skywalker is the last chapter in the saga and to celebrate Event Cinemas is offering an exclusive range of limited-edition food and beverage collectables.

These mementos will no doubt take pride of place in the homes of many across the country.

Here’s what’s up for grabs:

Exclusive R2-D2 Droid Combo: A R2-D2 Droid filled with original salted popcorn and your choice of soft drink. Only 2,500 are available, purchase online now and in cinemas from release, until sold out for $75.00.

Star Wars in Gold Class: Those in Gold Class will be treated to a selection of Dark Side desserts; the Salted Caramel Churro Sundae or Triple Chocolate Brownie Sundae, both served in either an R2-D2 or BB-8 collectable. There is also a Rebel Slider deal that includes special sauce beef sliders and crinkle-cut fries, plus your choice of a selected beverage in a collector cup.

Premium Combo: Take home an exclusive Kylo Ren or Rey popcorn tin, filled with original salted popcorn and a collector cup filled with your choice of soft drink for $29.50.

Collector Combo: There’s also an exclusive collector cup filled with either Frozen Coca-Cola or Coca-Cola plus a large original salted popcorn. There are five collector cup helmets to choose from, including Sith Trooper, C3PO, Storm Trooper, Knights of Ren and Kylo Ren, there is something for every Smuggler or Bounty Hunter for $19.90.

Midnight screenings kick off at 12:01 Thursday 19 December. I’d get there early to see some of the pre-show festivities including dress-up competitions, Star Wars themed trivia, lightsaber battles and more. There’s the opportunity to go into the draw to win 1 of 50 Star Wars Pop Vinyl! sets when you pre-book your ticket before December 18.

Plus, it keeps going with a painting by Mark Raats, the artist behind the iconic Star Wars movie posters. Anyone purchasing a Gold Class ticket and filling out a 25 word or less question entry could win the original painting worth north of $18,000, 100 runners-up will receive signed A4 prints.