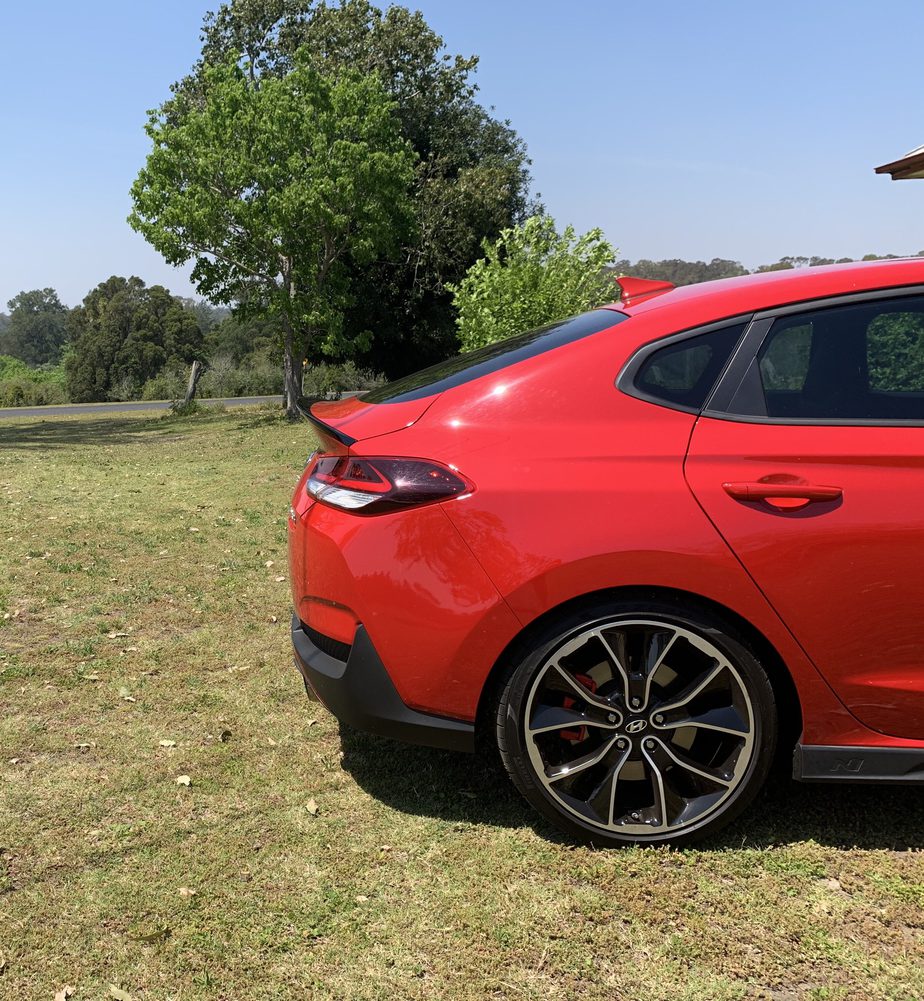 Hyundai i30 Fastback N – Dare to be different

It would be very easy for me to refer you to my review of the Hyundai i30 N for this one. After all, aside from a squished back-end the new i30 Fastback N drives almost virtually the same as the hatch. But after gushing for so long about the best bang for your buck hot-hatch, I’ve jumped ship. I’m now down with the Fastback, every day of the week. Here’s why.

As above, but there are some intricacies worth pointing out. First of all, hello how good is Hyundai? Suddenly putting the other performance players on notice, seemingly out of the blue. The N Performance brand also extends to the Veloster overseas, but for now the Fastback is its second offering for us. Call it a coupe, small high-performance car, call it whatever you will. But ultimately, it’s a Hyundai that boarders on sheer brilliance.

Given the sleeker physique the i30 Fastback N is actually marginally quicker in a straight line than the hatch, due to less drag. It also receives a new global N suspension tune, that includes Aussie input. Plus look closer and you’ll pick up the fact it’s longer, by 120mm and 21mm lower compared to the hatch.

While front on is identical, the rear tapers away into a nice little lip spoiler. There are some disastrous Fastback designs around, but this looks like it was always supposed to be one. The wheel arches bulge, filled by 19-inch rims while the rear is one of the more unique back-ends you’ll see on the road, it’s a real head turner. Some hate it, I don’t.

Honestly life is basically the same as a daily driver. It does weigh 12kg more than the hatch, but no one will notice that. If anything, I found the Fastback model a little more comfortable on backroads, it felt a tad more car-like rather than rock-hard and edgy. But only just, it’s still just as capable of sounding like a maniac, with its unexpected soundtrack.

The whole concept is so well done, from a scoot down to the shops to a full-blown track day the i30 Fastback N can do it all, and on the cheap. The interior is a replica up front, aside from some red stitching instead of blue. The rear pew isn’t going to be much fun for long trips, with reduced headroom. Plus, the steeply racked rear window does reduce visibility, it could also do with a wiper!

But as I said about the hatch it’s still that “boozy teenager coming home at 5am in the morning, smashing over things and generally being raucous and belligerent.” Although on this occasion the teenager is a prefect and a little more mature.

For full specifications check out our EFTM in the garage piece.

It’s all there, Apple CarPlay and Android Auto. Autonomous emergency braking (AEB) is standard along with satellite navigation via an eight-inch colour touchscreen. A luxury pack option adds a wireless inductive charging pad for smartphones plus automatic wipers, auto-dimming rear-view mirror and some suede inserts and leather bolsters among others.

Prices start at $41,990, $2000 more than the hatch at $39,990 before on roads. The Luxury Pack adds an extra $3,000 and you can option a panoramic sunroof to the same package for an extra $2,000. The claimed fuel economy is 8.0L/100km. The car is covered by a five years/unlimited kilometre warranty, that includes non-competitive track days. You can even fit slicks.

WHY WOULD YOU BUY ONE?

Because you are approaching 40.

After a week I’ve cast aside my desire for the hatchback, the Fastback just stands out so much more. Which is exactly what the N Performance division is all about. It’s a 9.1 out of 10 from me.

Hyundai i30 Fastback N – Dare to be different