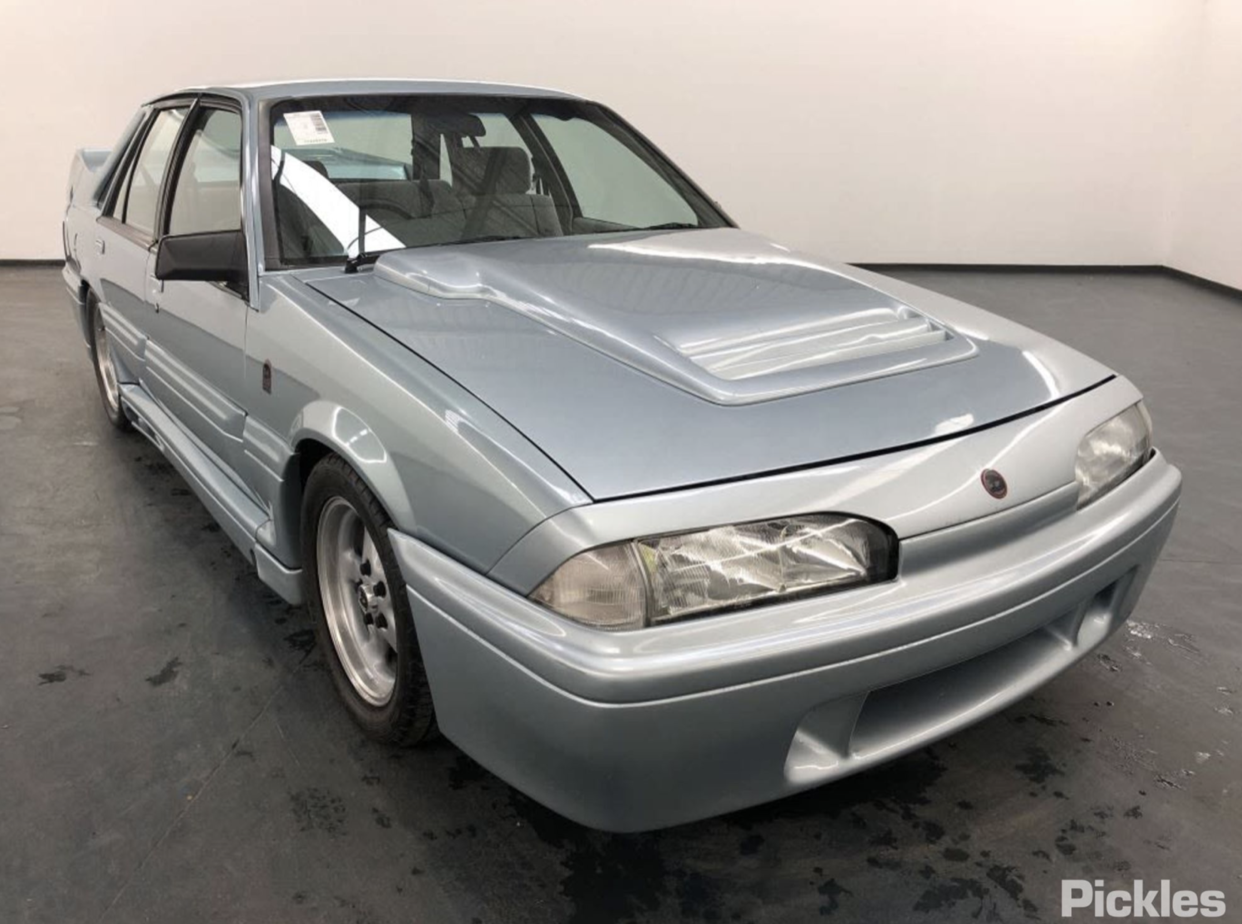 Iconic HSV to go under the hammer

Here’s another ripper from Pickles the auction house. One of the 750 1988 HSV Commodore, VL SS Group A Walkinshaw Sedans produced is set to go under the hammer.

The “Walky” is a massive part of Holden history mainly because it was the first model produced by HSV after Tom Walkinshaw’s established it in 1987.

It is possibly the most recognisable HSV model, check out that boxy, squared styling. That sums up the 80’s era for me, I love it. This example sports a panorama silver body paint and has just 115,750 kms on the clock.

The signature square “plastic fantastic” aerodynamic body kit made to is there in all its splendour (of the time) plus a five-litre V8 engine matched to a five-speed manual gearbox. They don’t make a bonnet bulge like that anymore!

Interested buyers must bid online from 8 November to 11 November.

If you had the coin, what would you pay?

Iconic HSV to go under the hammer