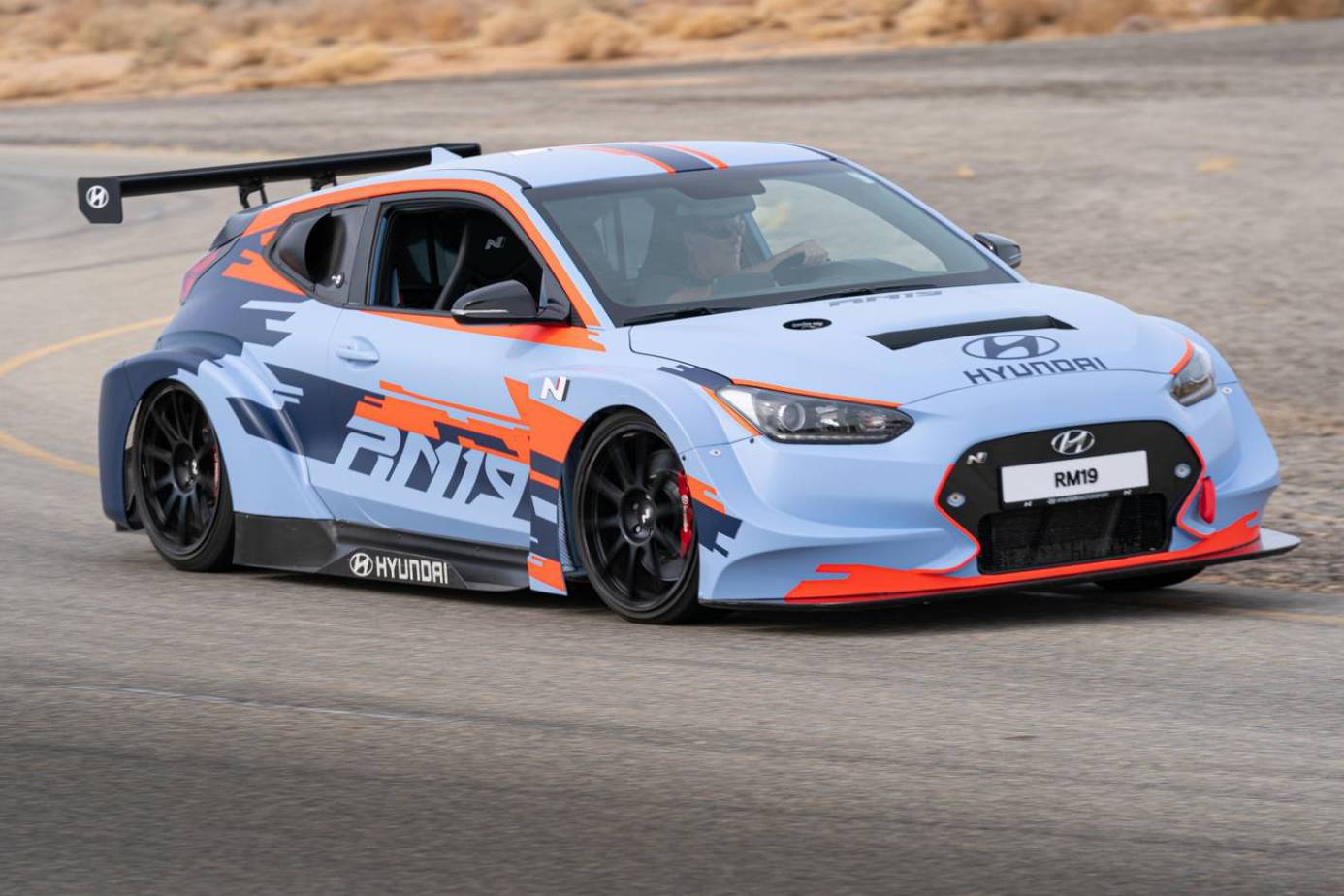 The LA Motor Show is on and there’s a stack of announcments dropping. Hyundai has introduced the RM19 Racing Midship Sports Car. The project kicked off in 2012 called RM (Racing Midship) with the intention to develop high-performance motorsports technologies with future N models.

Albert Biermann, head of global research and development for Hyundai Motor Company said, “The RM platform is a versatile engineering testbed, allowing effective evaluation of various powertrains and performance levels, all on normal roads and environments,”

“Throughout the evolution of the RM series, our engineers have gained tremendous hands-on knowledge of high performance vehicle dynamics with various front-to-rear weight distributions coupled with the effects of a fully-weighted, high-strength body structure on vehicle performance.”

The RM19 scores a 2.0-litre turbocharged engine that produces around 290kW. It will bolt to 100km in under four seconds. For those familiar with the TCR racecars, it basically shares the same engine.

But the RM19 offers extra boost of its output because it’s not regulated by the restrictions of that race class.