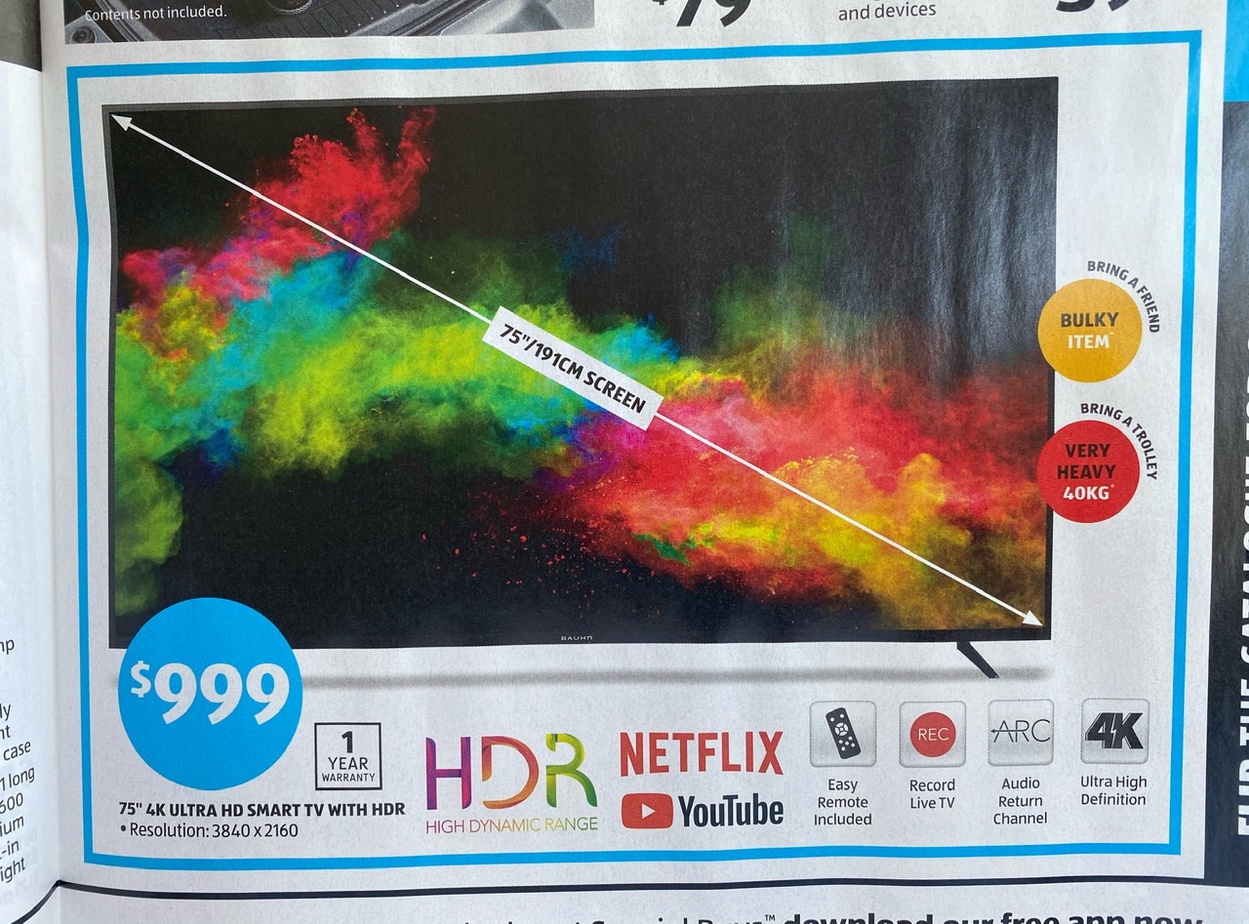 Save some pennies for the post Christmas shopping spree and find a mate to help you because you ain’t going to get this one out of the shop on your own.

Aldi have just announced a 75 Inch TV in their latest catalogue priced at just $999.

You’re going to need a big car, and as I said, a mate to help you lift it.

From the look of the Catalogue and the box, the TV has Netflix built in, so we can assume it’s one of the Bauhn Smart series with Netflix and YouTube, but no access to a wider app store like their Android TV series.

Who cares though, hook it up to an Apple TV or Fetch box and enjoy everything on a mega screen.

The TV goes on sale Saturday morning the 28th December, and of course, check back here soon, we’ll have our first look at the TV very soon.