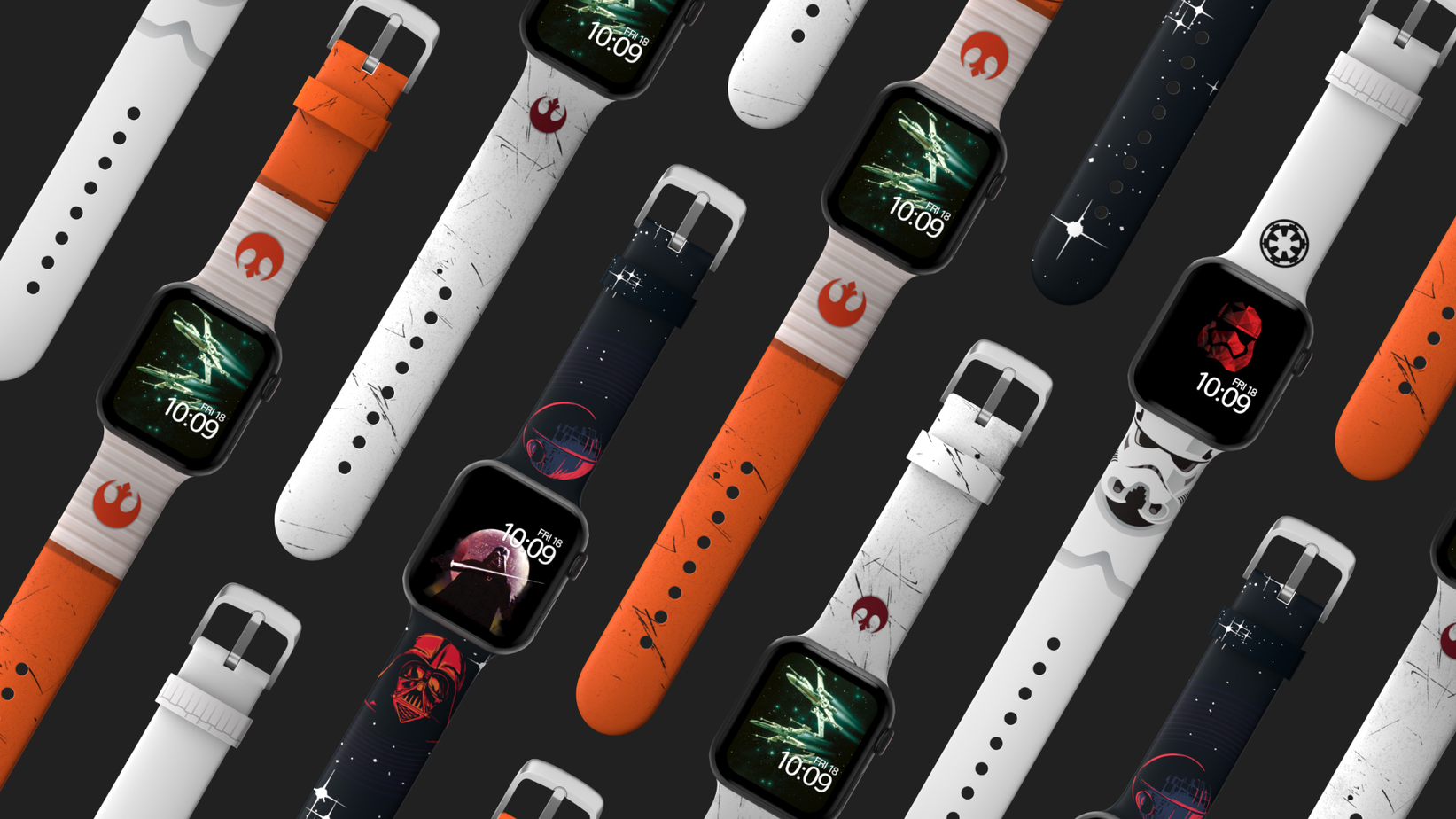 Oh boy, someone give your local Star Wars fan a seat – they’re going to need to be sitting down for this one.

You can now buy officially licenced Star Wars bands for your Apple Watch to proudly show off your allegiance and fan status.

There are four band designs and with them comes an App which allows you to load 26 interactive and interchangeable watch faces onto your Apple Watch.

Each band is made from a soft-touch silicone and are sweat and UV resistant, and have a silver buckle.

There are four to choose from:

Stormtrooper – the stylish and unmistakable monochrome helmet design is accompanied by the Galactic Empire crest.

Darth Vader – shows off the power of the Dark Side with a distinctive black band and glistening galaxyscape.

X-Wing – pays homage to the greatest ship in the galaxy with eye-catching orange highlights inspired by the Rebel Alliance flight suit.

Using a QR Code in the watch package, you can unlock watch faces in the MobyFox app to match your chosen design.

The MobyFox Star Wars Apple Watch bands are $69.95, they are available in 44 and 42mm sizes and are only available at MobyFox.com.au – so – get one now because that’s the ultimate Christmas gift for an Apple Watch wearing Star Wars fan.