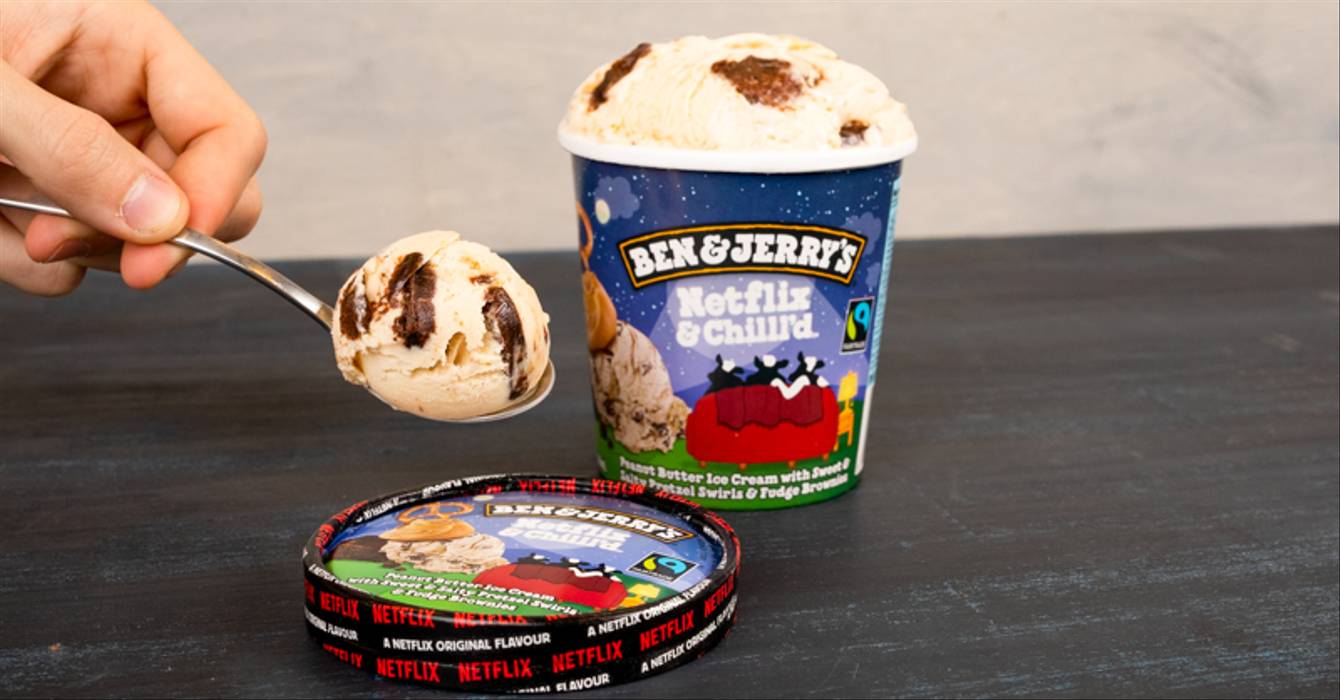 Netflix and Chill – Ice Cream. Yep, Ben & Jerry’s did that

If you were thinking of new tastes for Ice Cream, I’m not sure “Chill” from the phrase “Netflix and Chill” would be ideal.

But, leaving that aside, playing on that now-famous phrase and in partnership with Netflix, Ben & Jerry’s have created a brand new flavour – “Netflix & Chill’d”.

The tub features peanut butter ice cream with swirls of sweet and salty pretzels as well as fudge brownies.

A little something for everyone no doubt.

Sadly, it doesn’t come free with your Netflix subscription – but you might find it in your local Ben & Jerry’s fridge so give it a try.

Netflix and Chill – Ice Cream. Yep, Ben & Jerry’s did that