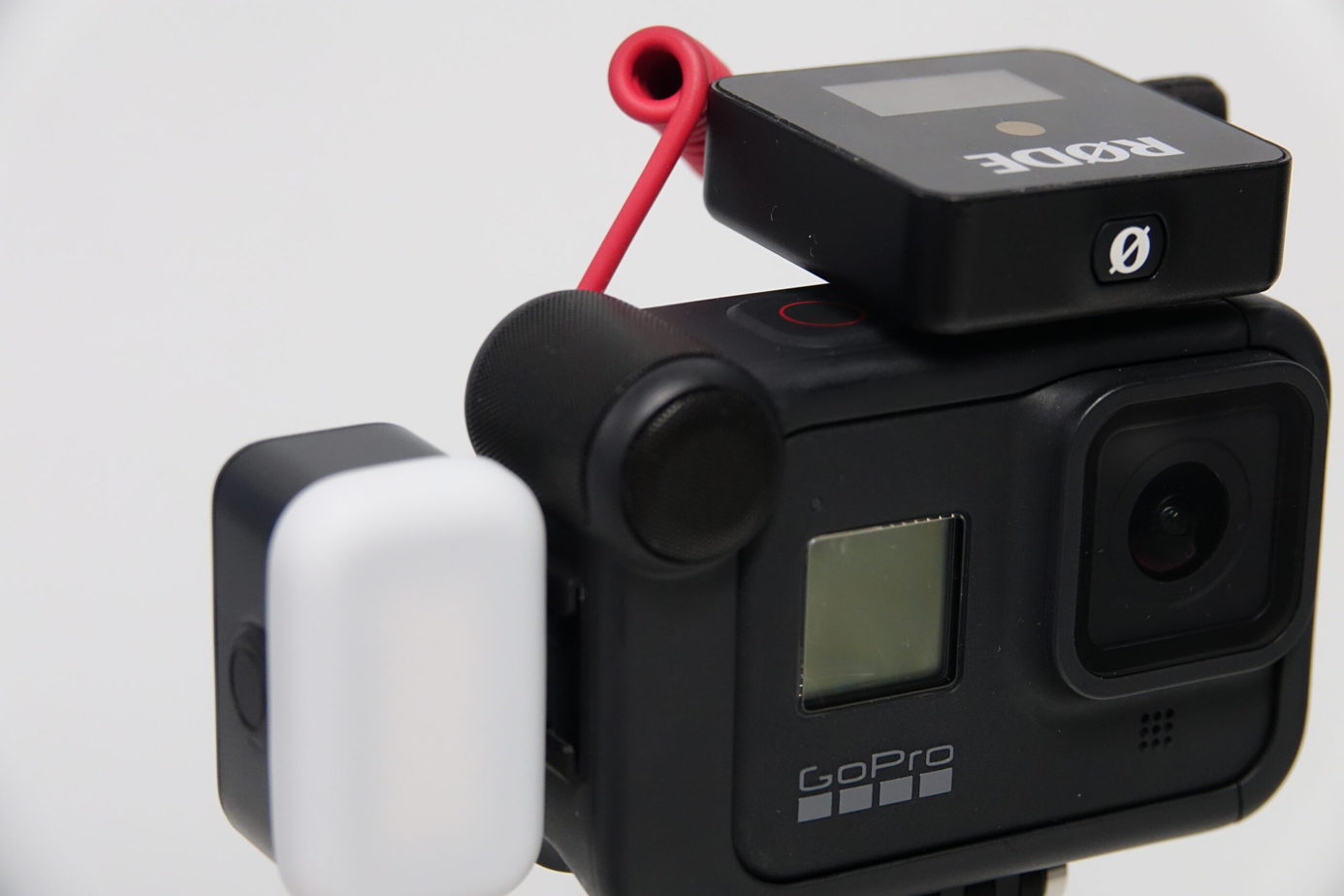 When GoPro announced the Hero8 camera late last year, they also teased an important accessory – the Media Mod – something to take GoPro to the next level.

Aimed fairly and squarely at the Vlogging market, the Media Mod addresses some of the shortcomings of the GoPro when compared to a more traditional camera being used for things like Vlogging or personal face to camera video.

As someone who does a bit of Vlogging, the Canon G7X has been the go-to for many years. Their latest the Mark III has been well received so I put it and the GoPro head to head last week in San Francisco:

Frankly, I think the Canon has it on Video quality, however, the GoPro is more versatile as an all-rounder. A tough balance.

GoPro has a wide range of lens angles to choose from, as well as a huge number of add-ons and accessories just for mounting.

When it comes to the Media Mod, it’s the same thing – basic mod, then you need to add and add to get the most from it.

Out of the box the $129.95 Media Mod gives you direct access to powering your device – I did this on the weekend when using the GoPro to live-stream, plugging in a powerbank to the USB-C port to make it last.

Then there’s the micro HDMI port, allowing you to view what’s happening from any angle where you can’t see the rear screen. This includes getting the “Display Mod” which allows you to snap on a screen facing forward for better angle setting. That’s another $129.95.

And the real winner is the 3.5mm microphone input. Any 3.5mm mic can be added here, a lapel direct, or use something like the Rode Wireless Go to get the ultimate wireless sound.

The Media Mod is also equipped with its own shotgun microphone. It’s a big step up on the standard GoPro, but it’s nothing on using a proper mic folks.

A couple of issues worth noting. The fold out mount for standard GoPro accessories is bloody hard to flick out without the aid of some sort of pin or pointing object.

Secondly, some standard screw’s for GoPro accessories just won’t twist when inserted into that fold-out clip with the Media Mod attached – there’s no room to twist them – so you need to use the small metal ones for the best chance.

I really like what GoPro has done here, adding functions when you need them, rather than bulking up the basic camera itself.

Is it enough to give the company a solid future outside of “Action Cams” – I don’t know.