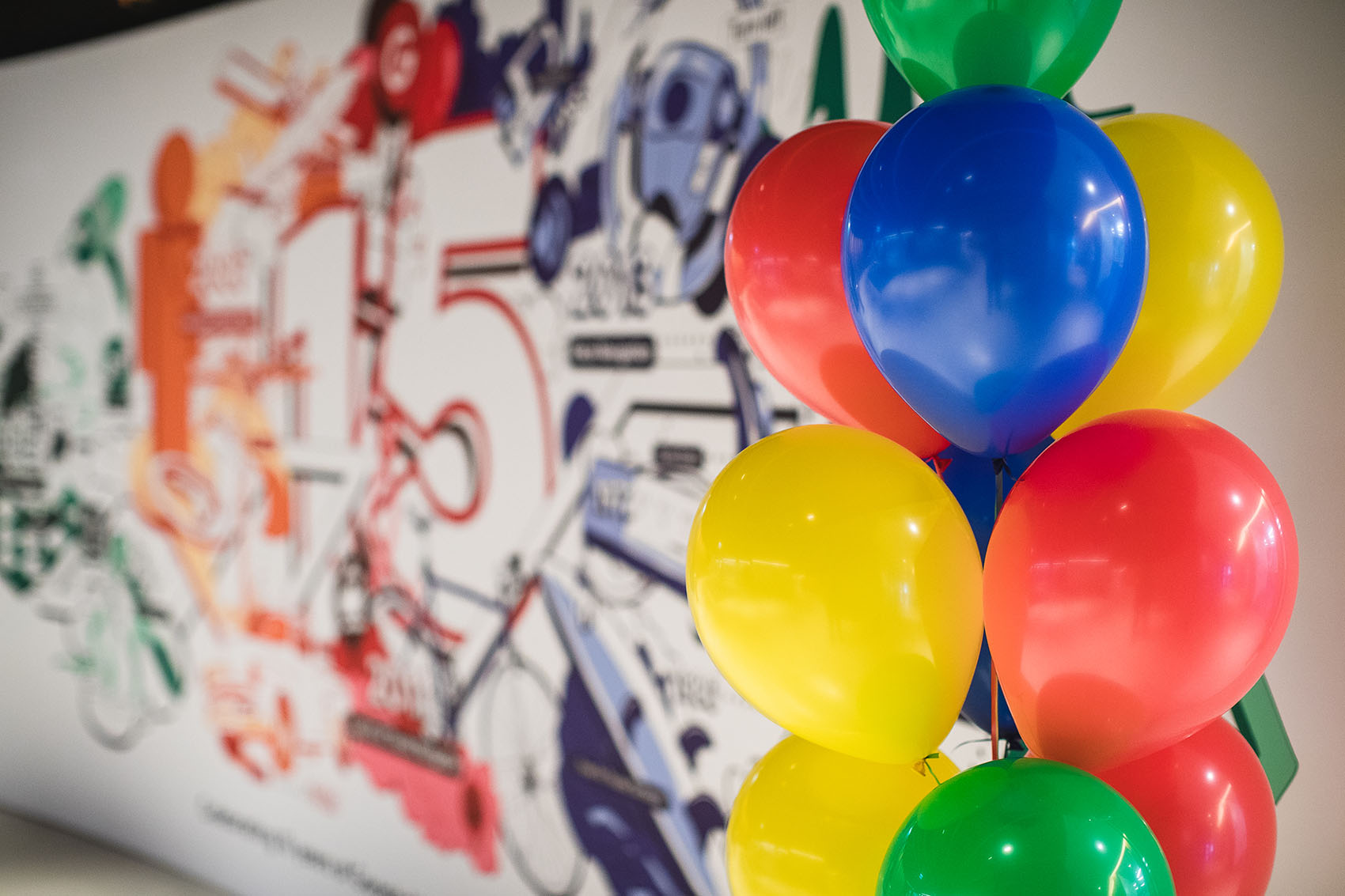 Meeting Noel Gordon is a strange thing, this Aussie bloke, his mate, and two Danish brothers started a business called Where To back in 2003 – that product went on to become Google Maps – this bloke created one of the most used parts of the Internet!

We met at Google’s Australian Head Office in Sydney, where he walked us through some of his favourite parts of the 15 year Journey that is being celebrated with the launch of several new features.

Think about it, the idea of four people to create a mapping website has become a site and service that serves 60 million maps a day.

Fifteen years ago they served a staggering 10 million maps on their launch day!

Noel talks about the big aha moment being the launch of AJAX – a programming language and tool that enabled a fully interactive service to be built.

He talked about “Making Geography Ordinary” – think about that – it used to be we had to pull out a paper map, an Atlas, or photography to understand what our world looked like – today, we just open an app and can see everything from a Satellite view to a view from the street itself, almost anywhere in the world!

What a ride – Google Earth came in 2005 with the Satellite images, in 2007 they had a big year launching Street View, Real-time traffic and mobile maps.

By 2009 they had turn-by-turn navigation and in 2014 they added business listings making the mapping experience a whole lot richer.

Now available in over 220 countries, more than 1 billion kilometers are driven every day using Google Maps!

Then there are the “Local Guides”. People like my son and I – we take photos of things we see, places we go, things we eat – and we contribute them to Google Maps.

Each review earns a point. A photo earns 5 points. And while there is no reward, the idea that you’re helping other people find the best milkshake on the South Coast itself is quite rewarding.

My photo of a pizza from the local pizza joint has been viewed over 100,000 times:))

Every day 20 million contributions are made by some of the over 120 million local guides.

Then there’s the richness off the maps which includes using new imagery to add building scale and dimensions – they added more buildings to Google Maps in the last year than they had in the 10 years prior.

The mission of the Google Maps team: “to assist people everywhere as they navigate, explore and get things done in the world”

And with that comes a new update to the Mobile App – adding FIVE tabs to the bottom of the screen:

Explore is enhanced to make it even easier to find things when you’re out and about – drawing more on those local contributions and business listings.

Commute as a tab now makes it easier for people to see additional information about their commute at a click.

Saved is a quick way to see your saved places and get fast directions.

Contribute moves from a sidebar menu to the main navigation – this will encourage more people to send in photos and reviews.

Updates is like a new social tab, this will show updates from your favourite places, perhaps new meals, specials or events.

They’ve also enhanced the way you can hit your privacy settings, making incognito mode for you to stop sharing data, and setting the duration of your recorded location history that Google keeps.

On a train or bus you can leave information about the quality of the ride, allowing people to make judgements about which service might be right for them.

My favourite update of the last little while was the Live View navigation, and that’s set to improve too – with new Augmented Reality placement of pins for places so you can just look around and see that Google Pin right in the “real” world..

Speaking of which, out with the old, in with the new, the Big Red PIN is gone, replaced by a new Google Pin so get used to seeing that one around!

All new, all part of the 15th birthday, and rolling out on Android and iOS now.