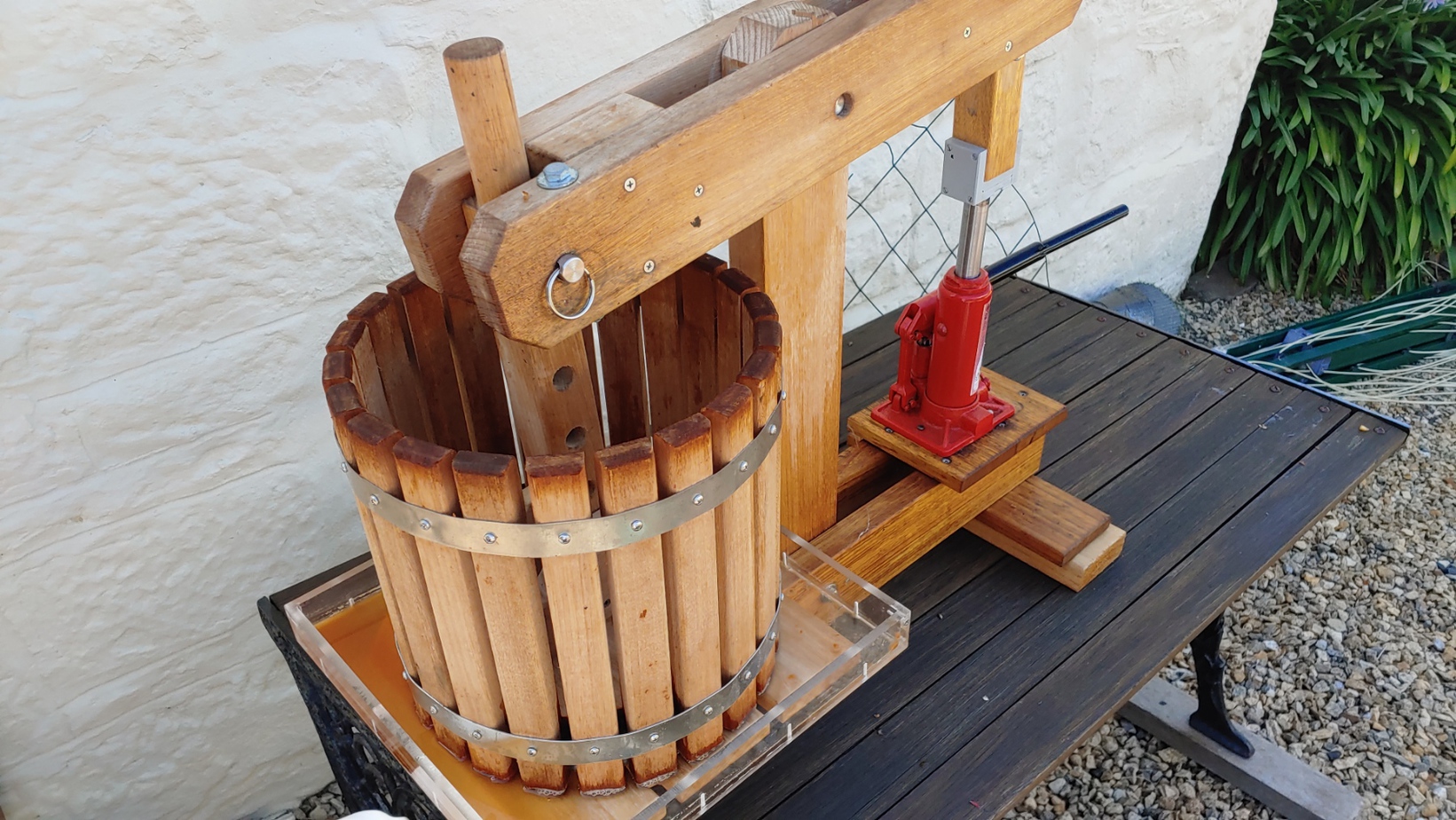 Time for the LifeStyler to change the subject.  This week I am going to share with you the story of a growing cider industry in Australia and more importantly how to make it.

First up cider is made of apples and if you see pear cider it should really be called Perry.  Now the LifeStyler is a home brewer of beer and his father is a home cider maker. Beer is made to a formula and will reproduce in theory the same result every time if you follow the recipe.  Cider on the other hand is like wine and is a blend of fruit to reproduce an attractive taste.  Apples come in a number of varieties just like grapes, the juice can be single sourced or a blend of varieties and orchards.

Having never made cider before only dunk it my father asked me to come to Tasmania to help him produce his annual vintage.  I say vintage as cider makers like Willie Smith who for want of a better word make craft cider versus vanilla mega mass produced cider are actually producing high quality restaurant bottles that sell upwards of $60 each.

My father who planted his own cider orchard is now fully self-sufficient for apples. He grows varieties like Yarlinton Mill, Kingston Black and Bulmans Norman.  Now you don’t want to eat these apples as they taste horrible but the end result is pretty good.  Speaking of my Fathers cider it is dry cider not the sweet stuff you find at the liquor store.

Making cider is very labour intensive unless you have electric powered commercial equipment.  We made it by using a scratter and a press.  The process is quite simple take an apple check it for bugs put it in the scratter which is like a big hand powered blender which chops and crushes the apple to produce pulp.  You then take that pulp and place it in a hand press which crushes the mash forcing apple juice to run out and into a bucket. Given the equipment we had it took us a day and half to produce around 60 litres.  A commercial setup would do this in seconds.

Now we have the juice you pour this into a fermenter which is a big plastic barrel with an air lock on the top.  A chemical is added to kill of the natural yeast they a brewing yeast and nutrient powder is added and the sugar rich juice is left to ferment for a week to 10 days.  The sugar and yeast essentially turn to alcohol.  Now the liquid is poured off into bottles and a teaspoon of sugar is added.  This creates a second fermentation and will produce the bubbles when you open it to drink.  In theory you could drink it 2 weeks later but in my father’s case it is much much longer. I think we were drinking his 2018 vintage whilst I was there.

Cider is not just for twenty somethings and until you taste a boutique one you may not know what you are missing.  To finish my trip to Tasmania I partook in a tour of Willie Smith’s organic cidery.  Here they mass produce cider with apples that the supermarket rejects.  We as consumers are very picky and if the shape, colour or blemish detracts from the produce it is composted.  Thus a big industry has been created producing juice and cider in Tasmania. Although apples were being harvested at the time they are only available fresh for a short period so are stored by refrigeration till they are needed.  Once the cider is ready it is then either kegged, canned or bottled and sent off to your favourite establishment.

So in summary cider is basically just fermented apple juice nothing else and it tastes great.  Cheers!