How to survive a recession.

Four weeks ago the Australian share market hit an all-time high, now it is about 30% less.  A month later the world is in lockdown and my parents who lived through the 2nd World War have never seen it like this.  If we had a miracle cure for Covid-19 the world could almost pick up from where it was!

So where is the silver lining and how do we possibly survive this fall from grace? As we speak many who work in human indulgence industries are in despair (restaurants, bars, entertainment, gambling, travel) but counter to that any industry that supports basic services is in boom (health, food, homewares, telecommunication).

The telecommunication carriers are still making the same revenue, the grocery stores have increased business by 50%, some local butchers have tripled their business, and consumer electronic/ computer companies are selling every TV, computer monitor, fridge, home office device they can muster.  Health companies have every production line running everything from surgical masks to bottles of vitamins. The local hardware stores have sold out of paint.

We can survive the recession by investing.  The natural instinct is to save money and not spend it.
The world will recover and when it does it is those people and organisations that invested for the future that are the most successful.  For example, the majority of the most successful companies today like Google, Facebook or Tesla were started during the Global Financial Crisis. The starting point of investment is investing in human capital.  If you have the best people don’t lose them as you will need them when the turnaround happens.  If your business is doing well, like the butcher mentioned above, take on some extra casuals like a retrenched chef.  A great example in Australia is airline staff being employed by grocery store chains.

Next spend money.  If you are an individual and eat out at a restaurant every week then make sure you order takeaway every week. Use your time wisely at home and do some of those things on your to-do lists rather than just watching more Netflix.  Be productive. If you are a corporation, invest in your future. Do maintenance, build your brand, and overhaul your IT systems.  Have the strength to prepare for the future rather than short term profits.

Those companies who become complacent and do not spend will only have themselves to blame when new stronger competitors emerge from these difficult times. 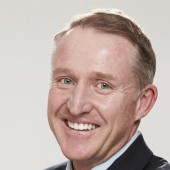 Angus is a career marketer helping organisations sell more.  I worked through the last recession in Australia during 1991 and saw firsthand what human nature does and its effects on Business.  If I can be of help to your organisation please get in touch!