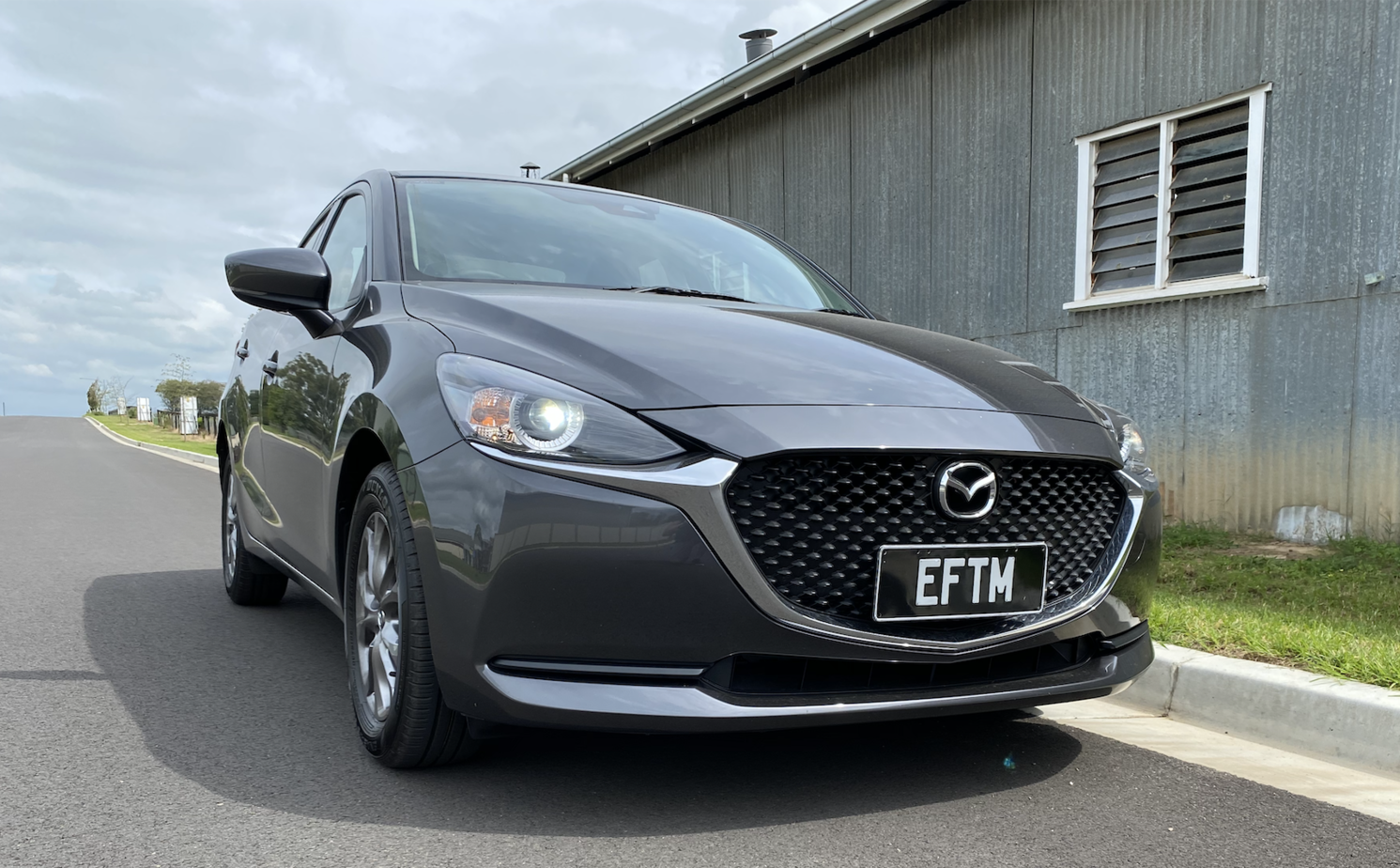 Before I even start, if you’re looking for boot space then the sedan is your only option, with 440-litres v 240-litres. The entry level Mazda 2 G15 Pure sedan is an interesting one. Based on the Mazda 2 hatch platform, the sedan at first glance is a little uncoordinated when it comes to design. This is a facelifted car so other than new bumpers not a whole lot has changed. I got behind the wheel this week and headed to my usual “proving ground”.

As soon as you slide into your seat, it’s obvious this is the benchmark in the category. I’m not sure about the brown cloth seats.

Now when you see those figures, you might be thinking gee-whiz this needs a boot full. It does, but at least the engine note is pretty nice.

Being a front-wheel drive you’d expect some torque steer, or the odd chirp from the lights. There’s nothing overly special about the six-speed auto, it seems to be paired well with this car and goes about its duty trouble free.

On the road it’s my view that Mazda needs to rework the ride for our conditions. At present the ride is rather firm, on those tiny 15’’ alloys!

Car safety tech continues to blow my mind, especially on car like this, it has Autonomous Emergency Braking (AEB) that can pick a pedestrian but not a cyclist. Some key standard driver assist functions include, lane departure warning, blind spotlights in your mirrors and a reversing camera. All that is standard.

This car is not designed to take on Pikes Peak, but it’s a solid alternative to a hatch. Especially because of the 60:40 rear seats and the potential massive space in a smallish car. $20,990 it’s also a big ask, and that’s not taking into account on road costs. Mazda still rocks as an interior designer, but from the outside I think this sedan looks silly, from most angles. But it has great safety technology, good fuel economy and a ride that’s pretty good stuff.