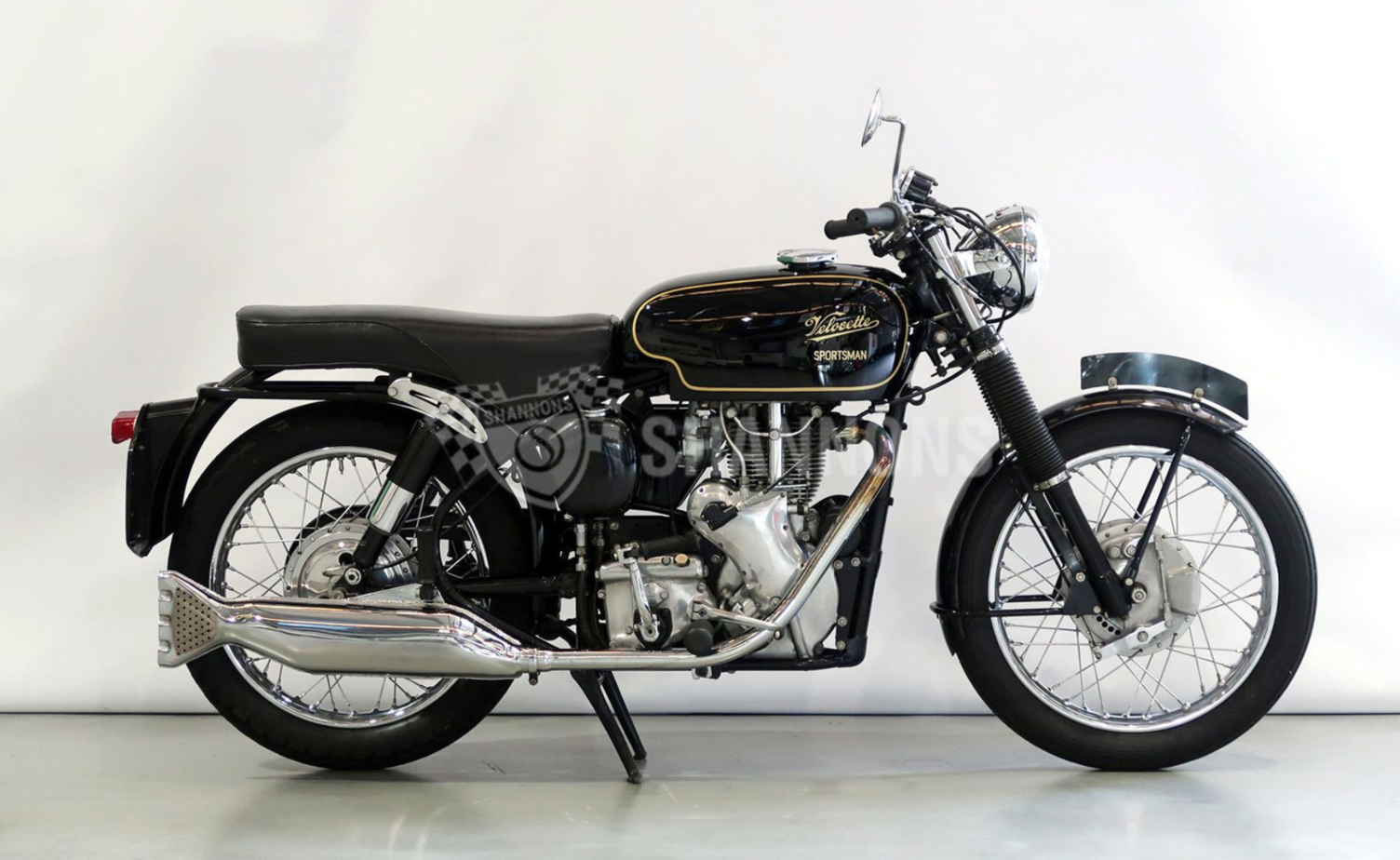 Trev doesn’t like bikes, but I love them. Trev hates old stuff, but I adore it, so what better way to celebrate extracting ourselves from this viral mess than this 1969 Velocette Sportsman 500cc up for auction at Shannons in Sydney.

Velocettes were made by a family owned business in Birmingham, England. This small company made their bikes by hand at a time when BSA and Triumph were being pumped out of much larger factories. Furthermore, Velos were often raced and were really quite successful.

Shannons explains that this particular Velo was one of forty shipped to Parramatta from England in 1969 and has been owned by the original owner ever since. It is this originality that is so appealing. This bike WILL increase in value.

Shannons has listed the buyer guide at $18000 – $20000 and is available now via their online bidding system. I think this buyer range is conservative, despite the current uncertainty.

This is a great bike. I’ll be bidding with you!