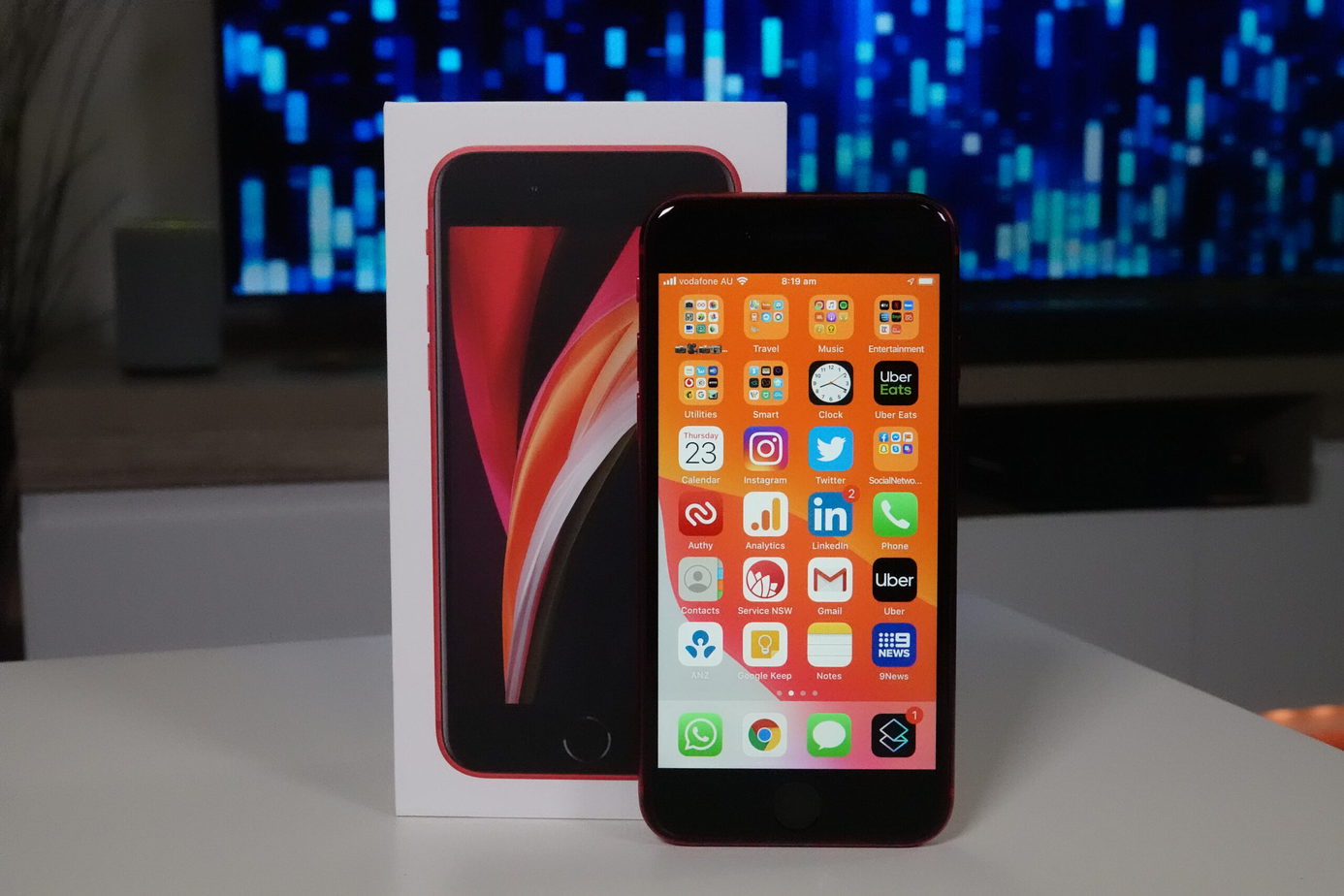 iPhone SE Review: Bang for your buck it’s out of this world.

There’s no beating around the bush, smartphones have gotten more and more expensive over recent years, and that’s not just the fault of the Aussie dollar – it’s a competitive market, and consumers have been asking more from the big tech giants.

That’s why you have to pay big bucks for multiple lens high quality smartphone cameras. The same goes for the highest quality screen technology pushing the boundaries of the devices themselves, literally.

And yes, it’s possible to get a triple lens large screen smartphone for less, but just put them side by side and you realise there is always a reason the price tag is higher – better performance.

If you pay less, you’re compromising somewhere. On a cheaper Android phone, it’s the true camera quality, it’s the low light photography, or the quality of the screen perhaps.

On an iPhone though, the options are quite limited. Thus, Apple like to control their own ecosystem of smartphone hardware from the bottom to the top.

Yep, you can get a brand new iPhone 6s or 7 in some retail stores. But there’s a problem. Those phones have hardware inside that in the years to come will render them unable to get the very latest software upgrades – and that’s frustrating for phone you’ve had for perhaps two years. In reality, buying an iPhone 6s today, in 2022, that phone is 7 years old – well, the technology inside is anyway.

Enter the iPhone SE. This is a phone that has the shape and form of the iPhone 7 and iPhone 8, yet the guts, the bits under the hood – they’re all iPhone 11.

Yes, iPhone 11. You’re getting the A13 Bionic chip inside the iPhone SE, which means this thing is fast.

I installed a bunch of games, be they simplistic or complex, graphical or computational, there was nothing laggy about this.

The only playable difference to a game on the iPhone SE vs the iPhone 11 Pro is the screen space.

This 4.7 inch screen will feel tiny to many, but to the many using an iPhone SE (Original – from 2016) or the iPhone 6 or 6s, this will feel familiar or at least not jarring.

The SE has dual-SIM support (one physical, one eSIM) which is a big win for the value.

So in day to day use, it’s just perfection – there’s nothing you’ll be left wanting for.

When it comes to the camera performance, this is the critical area of differentiation – or compromise – depending on how you look at it.

Apart from the screen size and ratio on the front, the camera on the back is where the iPhone SE sits vastly different to it’s iPhone 11 siblings – or does it?

Take the “portrait” mode that everyone loves – introduced on phones with a dual lens configuration, Google seemed to master the single lens implementation with the Pixel a few years back.

Apple seem to have nailed it to – here’s a Portrait Mode shot using the rear camera:

Ok well the Selfie camera can’t be that good can it?

Pretty bloody good, in fact, I’ll just say it – in the right conditions, it makes the iPhone Pro seem like a waste of money.

However, you have no 2x Zoom capability (Other than Digital), and you have no Ultra Wide lens – which is fun to use, so that’s your compromise right there.

The thing still does 4K video recording, so again – hard to argue with the value.

Portraits though are only for humans. Because of the single lens, the “Neural engine” in the A13 Bionic chip is doing all the work to smooth out that background, if it ain’t a human, it will struggle.

The real difference is the lack of a “night mode” – hard to demonstrate, but trust me, on a low light photo, the iPhone 11 Pro is just out of this world in comparison.

Battery life is good, not great – that said, it’s an all-day battery. I think you’ll be plugging in at the same time or later if you’ve got an older phone. If you’ve got an iPhone 11 you’d notice the difference – but who’s downgrading from an 11?

Wireless charging capable this little guy can sit on your bedside table or desk and do all the work.

Finally, the Home button. I don’t long for it, I don’t miss it as someone who has used the swipe gestures now for several years.

BUT – Apple Pay in stores is better, faster, easier with the home button.

My phone is in my pocket. Here’s how the payment process differs from iPhone 11 (or X or Xs) to iPhone SE:

Doesn’t read like a big deal, but trust me, it is.

The iPhone SE comes in White, Black and (Product) Red (all purchases contribute to the Global Fund to combat COVID-19).

Epic value for an iPhone.

If you own an iPhone older than the iPhone 7 – this is your next iPhone.

iPhone SE Review: Bang for your buck it’s out of this world.