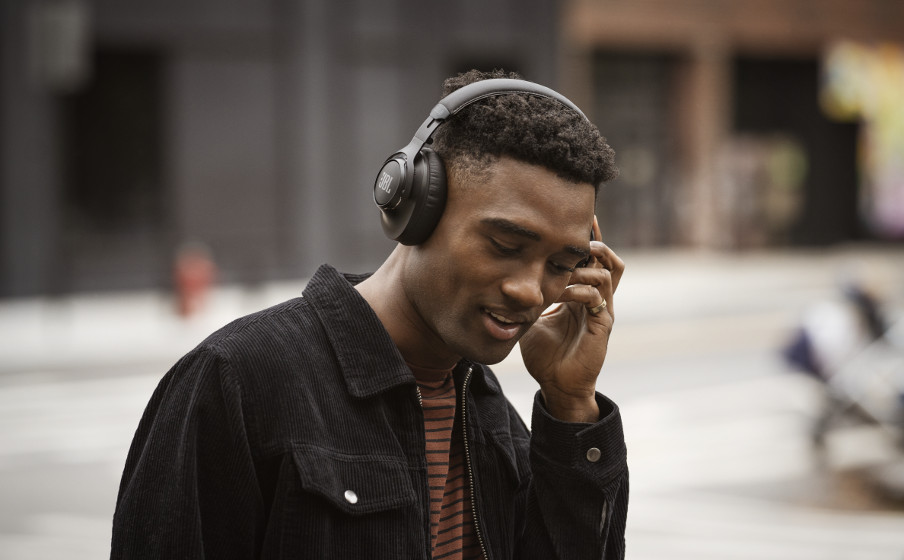 There are three over-ear cans being launched in the CLUB series, starting with the CLUB 700BT priced at $249. If you’re looking for more features and have the bank balance to match, JBL also has the CLUB 950NC for $399, and the CLUB ONE headphones for $499.

Marcus Fry, Brand Activation Director of AUNZ at HARMAN says,‘Designed for true music enthusiasts, producers, artists, DJs and creators the game-changing JBL CLUB series delivers epic sound, with premium materials designed and tested by some of the top musicians in the world. These three headphones are equipped with the most innovative technologies for a legendary listening and performance experience.‘

The DJ experience has been honoured with a wide selection of DJ presets available in the My JBL Headphones app by tapping the STAGE+ button – so you can hear just how your favourite DJ wanted their music to sound.

The CLUB range all support voice assistants, with options to have either Google Assistant or Amazon Alexa present in your ear.

CLUB 700T
The CLUB 700T is the bottom of the range in terms of the CLUB series, but far from basic in terms of features.

The headphones include 40mm dynamic drivers for that legendary, clear and detailed JBL Pro Sound, and have a battery life up to 50 hour long.

JBL has included a BASS Boost button on the right can, so if you’re in need of that extra bass oomph you have easy access.

While the CLUB 700T doesn’t have Noise Cancelling, they do use the dual-microphones on the JBL CLUB 700BT to cancel out ambient noise when you’re on a call.

CLUB 950NC
The JBL CLUB 950NC headphones are the next in the range, with JBL including all the features of the CLUB 700T headphones in the CLUB 950NC, but they’ve also added a few more.

The CLUB 950NC headphones are the first in the range to include Adaptive Noise Cancelling (ANC). There’s easy access to the noise cancelling too, with a ‘Smart Ambient’ button on the side of the headphones.

Sound quality promises to be impressive with JBL using a 40mm dynamic driver, and

JBL has improved the battery life slightly for the CLUB 950NC, with a 55 hour playback time possible on the CLUB 950NC headphones – though using ANC does drop this down to 22 hours.

The CLUB 950NC fold up for easy storage, and come with a slim, hard carrying case to protect them when you’re on the move.

CLUB ONE
The top of the new CLUB line-up is the ONE headphones. The CLUB ONE includes all the features from the CLUB 700T and CLUB 960NC, as well as some interesting new inclusions.

The first is the use of a high-end 40mm orange graphene driver, for a wider range of detail and clarity. Why Graphene? Well, it’s flexible, stronger and lighter than more traditional materials, letting the driver flex and move with lower power.

JBL says you’ll get 45 hours of listening time out of the CLUB ONE headphones, or 23 if you turn on the Adaptive Noise Cancelling (ANC).

While ANC is great for being able to listen to your music in an immersive environment, sometimes it’s nice to just flick ANC on for the silence and the JBL CLUB ONE include the SilentNow feature for just this. You can flick it on and just enjoy the silence without streaming music.

The CLUB ONE headphones also fold up and come with a protective case, as well as an inflight adapter.

Availability
The JBL Club Series are now available at jbhifi.com.au and jbl.com.au so you can head over and check them out now.