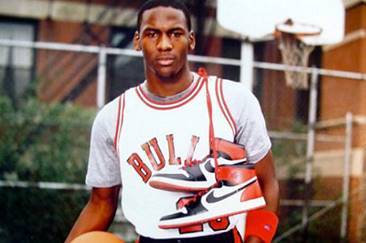 We’re loving The Last Dance so much, we’re buying tank tops in winter

The trends in binge watching while we’ve been social distancing have ranged through exotic animals, to now elite sports with the new Netflix docu-series, The Last Dance. The documentary tells the tale of the almost magical Chicago Bulls team of the late 90s, and we’ve been lapping it up, so much so that eBay has seen a 458% increase in sales of vintage Chicago Bulls merch since the series aired.

The series started streaming on April 19th, with two new episodes appearing every week. The airing of the series has co-incided with a surge in sales of items signed by His Royal Airness experiencing a 306% increase in sales on eBay, searches for ‘Jordan’ are up 180% and purchases of Nike Air Jordans are also up by 82%.

The fashions of the nineties are apparently being explored, specifically those worn by the likes of Scottie Pippen and Denis Rodman, with eBay data showing searches for basketball shorts and jerseys are up. As well, sales on berets are seeing an uptick in demand, up by 44%. The venerable tank top is getting interest, even with Australians coming into winter, with sales seeing a 45% increase.

eBay Australia’s Sophie Onikul says, ‘Known for his legendary skills on the court, we’re now seeing Michael Jordan having a moment for something else – his slam dunk fashion sense, showcased by Aussies filling their eBay carts with a variety of merch and styles featured in the popular series.

We’ve seen the likes of the Hadid sisters rocking 90s inspired fashion and now iconic stars like Cindy Crawford are digging out their vintage Bulls merch in honour of the show. eBay is a true cultural barometer where buyer behaviour reflects what’s happening in pop culture and the data proves these trends don’t take long to infiltrate our own wardrobes.‘

My memories of the 90’s fashions are not great, but I’m all for a splurge on eBay every now and then, so if it’s what gets you through this thing head back to eBay and grab that pair of Jordans or a tank top.

We’re loving The Last Dance so much, we’re buying tank tops in winter