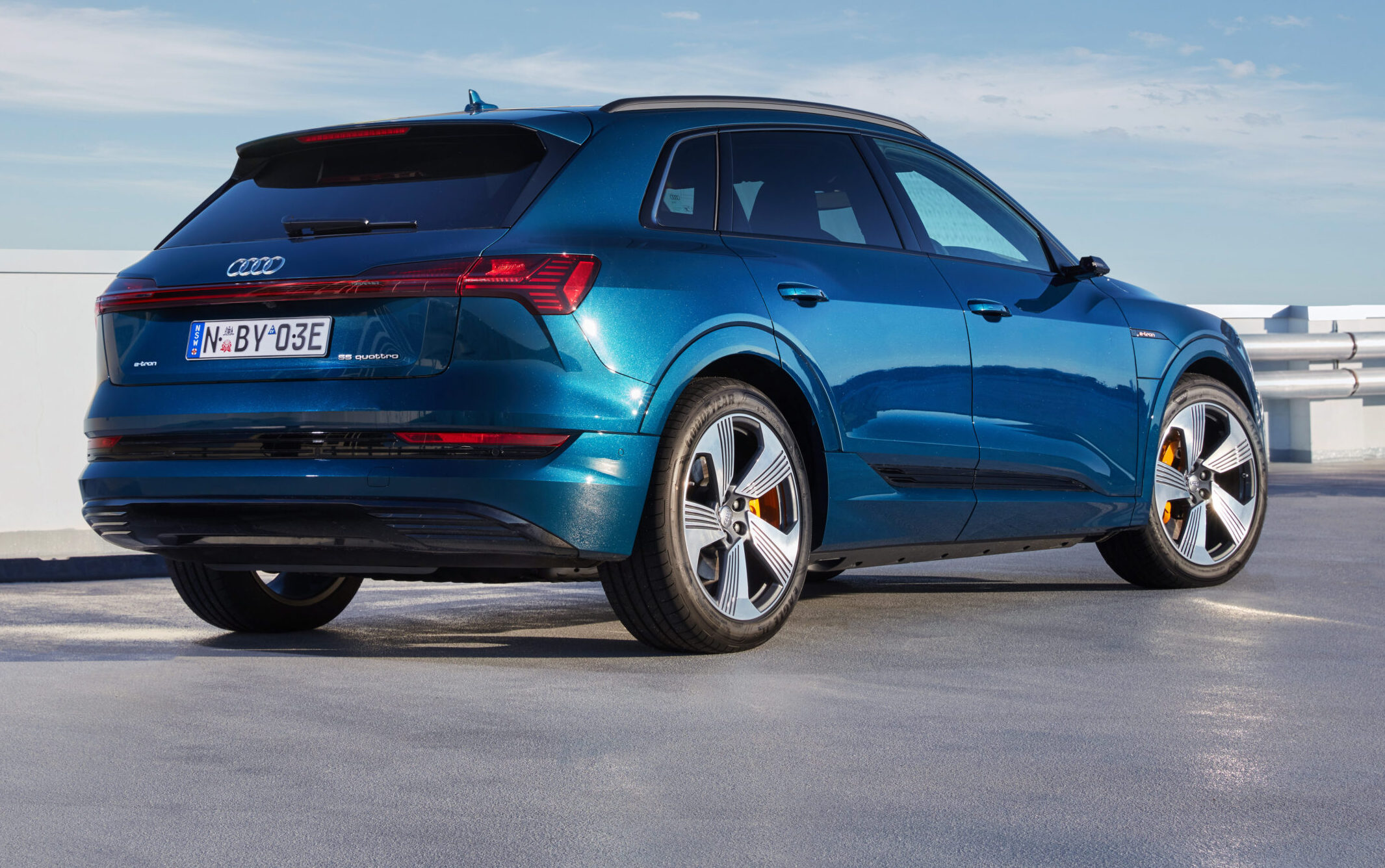 The first ever Audi all-electric car you can buy will set you back at least $137,700 and it goes on sale in Australia in September.

Pre-orders topped 100 cars, and Audi expects many more when their online configurator and order process goes live this week.

Body shape is another variation, with the standard Audi SUV or the “Sportback” model which looks the goods for sure.

Audi Australia’s boss Paul Sansom says “Sophisticated refinement has always been a truly Audi expression of driving progress and innovation, and this has never been more evident than in the form of our first-ever electric vehicles: the Audi e-tron and e-tron Sportback,”

“This is Audi engineering at its finest: bringing future mobility to life in a way that is impressive, yet familiar enough for customers to be thrilled by their very first experience. Around the world, those who have never driven an electric vehicle before have been captivated by the way the Audi e-tron brings refined silence, effortless performance and zero-emission driving together in such a seamless fashion.”

With a body size fitting between the Audi Q5 and Q7, tending toward the Q7, there’s plenty of room inside, and with no transmission tunnel down the middle there’s much better legroom in the back for – Audi say – three adults.

Outside, it’s not a radical design. Very Audi SUV from every angle, but on closer inspection, some basic touches to help achieve a 0.27 drag coefficient.

Those touches include small recesses under the car, like dimples on a golf ball, to help direct the aerodynamics underbody.

Up front, the normal closed in blacked off front of an Electric car is replaced by a traditional looking grill.

This open grill helps direct airflow down to work with the battery cooling, however at high speed you’ll find out it’s an active grill – closing like a Queensland vergola to give better aero efficiency at high speed.

A $3,500 option (also included in the Premium Plus option pack) are the Audi Virtual Mirrors.

In a first for side mirrors, these are actually rearward facing cameras, with small OLED screens in the door corner just below where you would normally glance at your mirrors.

The drivers side is touch controlled, allowing you to bring up the passenger mirror, or move the view. They also double as blind spot alert screens as well. Very nifty!

There’s a very small 60litre space under the bonnet, enough for perhaps the pizza, but certainly a place to keep your charging cable.

Charging is a big deal for Audi, not just because they’ve done a deal with Chrargefox to offer six years free charging across the Chargefox network, but because drawing on the companies almost decade long investment in battery and hybrid technology in racing, they reckon they are onto a winner here.

Claims of exceptional perhaps industry leading regenerative braking technology and thermal battery management mean that overall range is aided not just by the size of the battery, but the way it delivers, creates and stores the power.

Plus, Audi claim some of the best charging technology in an EV. Pointing out that their charge management and battery technology is capable of receiving higher levels of power for longer, thus charging faster.

That is to say, that on a car with an equivalent sized battery, taking in an equivalent maximum power rating (let’s say 150kW), the Audi will get from 0-100% faster. Audi claims that difference could be huge, with a 0-100% charge time of 45 minutes compared to a “competitor” at 1.31 hours.

These are huge claims, and will be difficult but important to test in the real world.

And as a nifty advantage, AC charging points are located on both the driver and passenger side, just in front of the door, while the DC charge is located on the drivers side.

An included charger is built to be wall hung, that is, not permanent but hung for daily use – able to be grabbed and taken with you on holidays or other drivers.

The 1800kg towing capacity also makes for another tick in the box for many perspective owners.

Perhaps most importantly, along with the six years free charging, the Audi e-tron comes with six years servicing, six years roadside assistance and an eight year 160,000km warranty on the battery.

They’re standing by this car.

There are essentially six versions available, priced (before optional extras and on-roads) at:

Looks the goods. Can’t wait to test drive one.