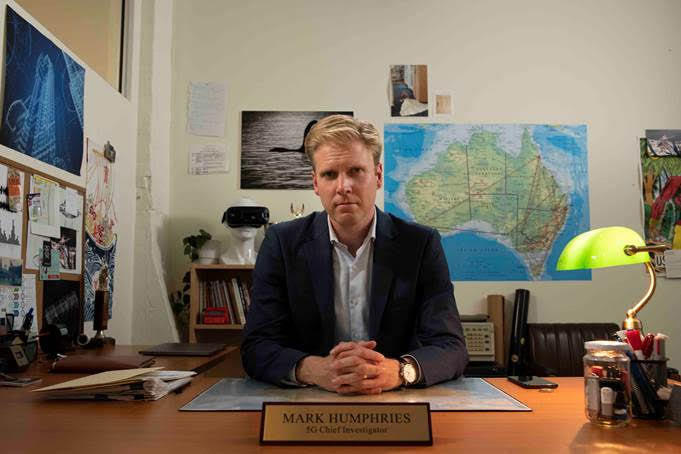 Telstra is getting seriously funny with 5G conspiracy nuts

With the launch of any new technology there’s always going to be an information campaign to explain the tech to everyone, but there’s more than a little bit of mis-information out there surrounding 5G. Telstra is taking the battle to the masses though with a new online content series aimed at debunking 5G myths.

It’s a serious, but not so serious series spanning 5 episodes and presented by satirist and presenter Mark Humphries as ‘5G Chief Investigator’ and Telstra’s EME (Electro-Magnetic Energy) expert Mike Wood.

‘Any sufficiently advanced technology is indistinguishable from magic‘ said Arthur C Clarke, and it’s ringing true with more conspiracy theorists choosing to believe the magic instead of the science. Theories such as “5G hasn’t been tested” or “5G damages DNA” are popping up every day and the series will attempt to debunk these myths, and throw in some education in a lighter, but still factual way.

The series has begun with the first episode live on the Telstra YouTube channel and there’s 4 more to follow. They’re not too long, but they’re punchy and definitely worth a watch.

Telstra is getting seriously funny with 5G conspiracy nuts