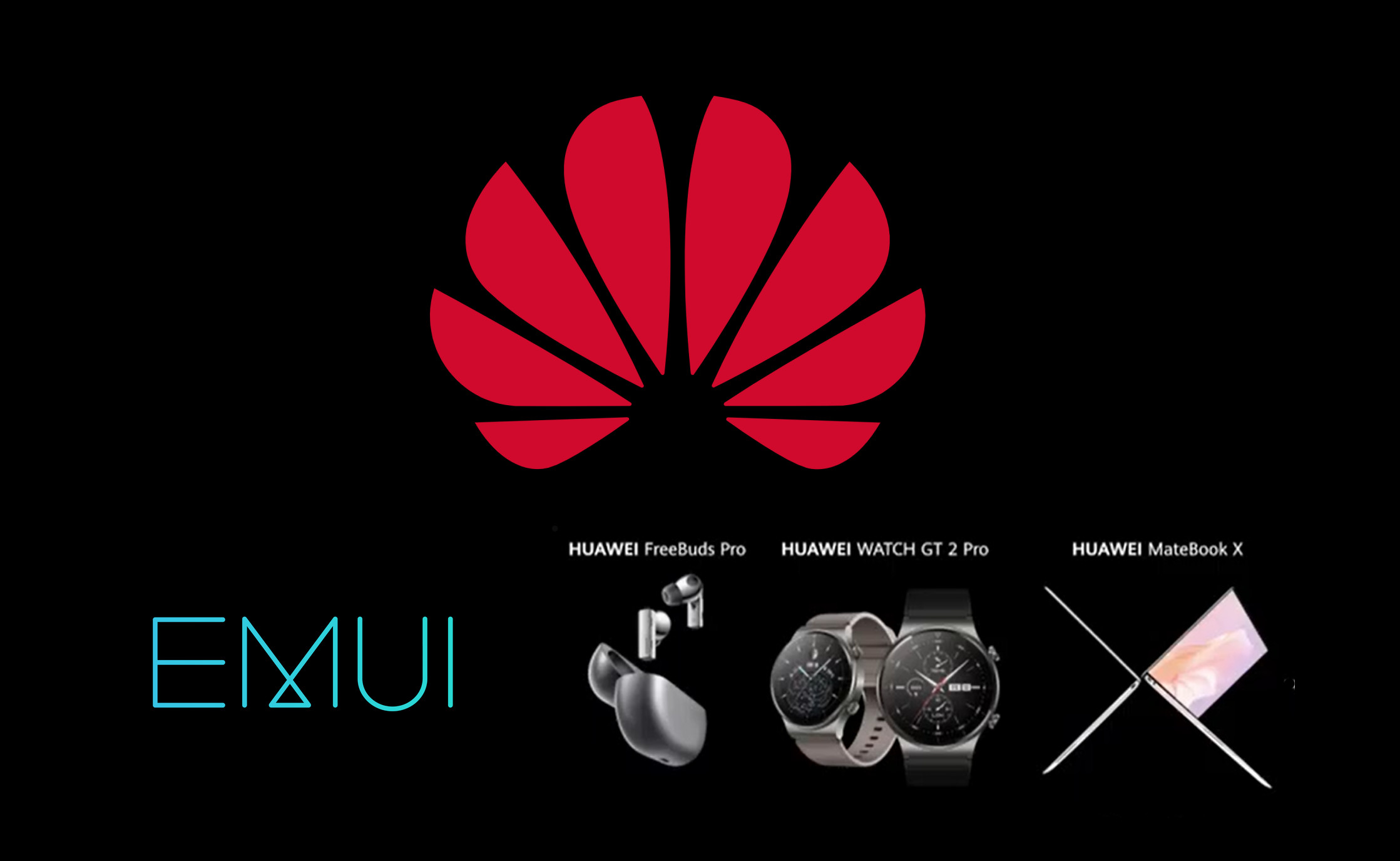 At their annual Developer Conference, Huawei has shown off their advancements over the past year with new announcements covering both software and hardware.

The announcements included EMUI 11 for phones, as well as updates on their Harmony OS operating system, which will be coming to phones next year. The company has also unveiled new wearables with the FreeBuds Pro earbuds as well as Watch GT 2 Pro and the new MateBook X laptop.

The big announcements in software focused on updates to EMUI 11, Huawei’s Android skin, as well as HarmonyOS 2.0 – the latest version of their mobile alternative to Android that will be coming to smartphones in 2021.

While based on the publicly available Android Open Source Project version of Android 10, Huawei has still packed a huge array of features into the EMUI 11 update.

To start with there’s improvements on the User Interface and with animations which help draw the users attention to the active part of the display. The updates to animations will help with higher refresh rates now on screens, making them look smoother when transitioning to different apps, or even different workflows. An example was shown in the calendar app, which showed how the animations can direct users down to different layers, helping them find what they want faster.

Huawei also showed off floating window support in the new EMUI 11. The windows can be brought up from the multi-tasking window and you can resize them, or even minimise it into a bubble you can move around, or relaunch to a full window as needed.

Huawei also re-iterated their focus on data privacy and security in EMUI 11. As well as updates behind the scenes, Huawei has also announced their interpretation of the one-off security permissions in Android 11.

As far as availability is concerned it appears that Huawei is targeting devices running Huawei Mobile Services, their replacement for Google Mobile Services. Listed are the Mate 30 and P40 series phones as well as recent Matepad tablets and their late model Honor phones.

The ongoing US trade ban which restricts US businesses has meant that Huawei has been looking at alternatives to Android for us on their mobile products. Huawei announced their alternative, HarmonyOS last year, and this year has unveiled the updates which will take them to HarmonyOS 2.0.

Currently Huawei is utilising HarmonyOS as an embedded system in smartwatches, TVs, Car Head Units and IoT devices. The company has announced that HarmonyOS 2.0 will launch initially on these platforms before heading to smartphones next year.

Huawei showed off implementations of HarmonyOS with a focus on multi-screen usage of the OS, with a VIPKid collaboration showing off HarmonyOS in an educational setting.

Huawei will launch an SDK for HarmonyOS later this month, with updates to allow it to be deployed to phones next year.

As well as software announcements, Huawei unveiled a range of new hardware, though no new Mate 40 phone. Instead we saw new earphone, as well as watches and new laptops announced. The range is definitely heading to Europe, with European dates and pricing announced, but we’ll have to wait to see what’s happening locally here in Australia.

Huawei announced an update to their FreeBuds 3 earbuds, with the FreeBuds Pro. The FreeBuds Pro are a new design which includes a now squared off stem.

The new design includes a new interaction method: a pinch to the stem which activates the improved Active Noise Cancellation (ANC) which can now handle up to 40dB of ambient sound. There’s still a swipe to increase or decrease volume, and a tap to answer/end calls or start/stop music.

The FreeBuds Pro will include three eartips to ensure a comfortable fit and have an open-ear fit which will let you hear what’s happening around you thanks to dual-mics.

A new feature for the FreeBuds Pro is the inclusion of Dual Device Connection which will let you seamlessly switch between two devices. The feature will work with Macs as well as PCs running Windows and of course iOS and Android devices.

Huawei says you’ll get up to 4.5 hours with ANC or 7 hours without, and a total of 30 hours including the supplied battery case.

Huawei will sell the buds in Silver Frost, Carbon Black or Ceramic White when they hit Europe in October for €199, you can check them out here.

Huawei has always had a keen eye for watches and their latest update to the Watch GT 2 range, the Huawei Watch GT2 Pro builds on the heritage of the GT2 series.

The redesigned watch will come in both Classic and Sports models with a Sapphire Glass front covering a 1.39mm AMOLED display. Theres a ceramic rear that houses an Sp02 and heart rate sensor and the 46.7mm case is made from titanium.

Huawei has included 100 sport tracking functions including a new option for skiiers which will track elevation, duration of your ski run and more.

The GPS enabled watch will also bring a new breadcrumb style feature for hikers and anyone else who likes to trek outdoors. Huawei’s ‘Route back’ feature will show you the way back to the start of your trip on the watch.

Huawei also mentioned more smartwatch apps for the GT2 Pro, though there’s not much info on if this includes apps from third party developers.

Huawei will launch this month in Europe in Nebula Gray and Night Black colour options for €329, if you like the look you can see more here.

Huawei has also announced the Watch Fit with a rounded off rectangle design in a range of exciting, and ‘fun’ colours. The watch runs Huawei’s custom OS and includes a 1.64-inch AMOLED touch display.

While it doesn’t quite get to the 2-week battery life that their Watch GT models get, Huawei is spruiking a 10-day battery life with a fast charger that will get you on the go again sooner.

The Huawei Watch Fit comes with 96 workout modes it can track, as well as a quick workout animation which includes 44 standard fitness routines with 12 animations to get you moving.

Huawei will sell the Watch Fit for €129 when it goes on-sale.

The ultra-light laptop uses a Magnesium-Aluminum alloy metal unibody design which clocks in at just under 1kg and is just 13.6mm thin.

While manufacturers have globally begun announcing their latest laptop designs based on the Intel TigerLake 11th Gen CPUs announced last week, Huawei is launching the Matebook X with 10th Gen Intel Core i5 and Core i7 processors. Using the 10th gen chips has meant improved thermals on the Matebook X though with a new ‘thermal hinge’ and a fanless design for ultra-quiet operation.

Huawei are advising the laptop will give you up to 9 hours of use, and a 65Wh charger will charge your laptop quickly to get you back on the go.

The Matebook X will be hitting European stores this month in Silver Frost or Forest Green, though there was an Interstellar Blue and Sakura Pink options announced on-stage. Pricing starts at €1,599 for a Core i5 or €1,799 for a Core i7 model.