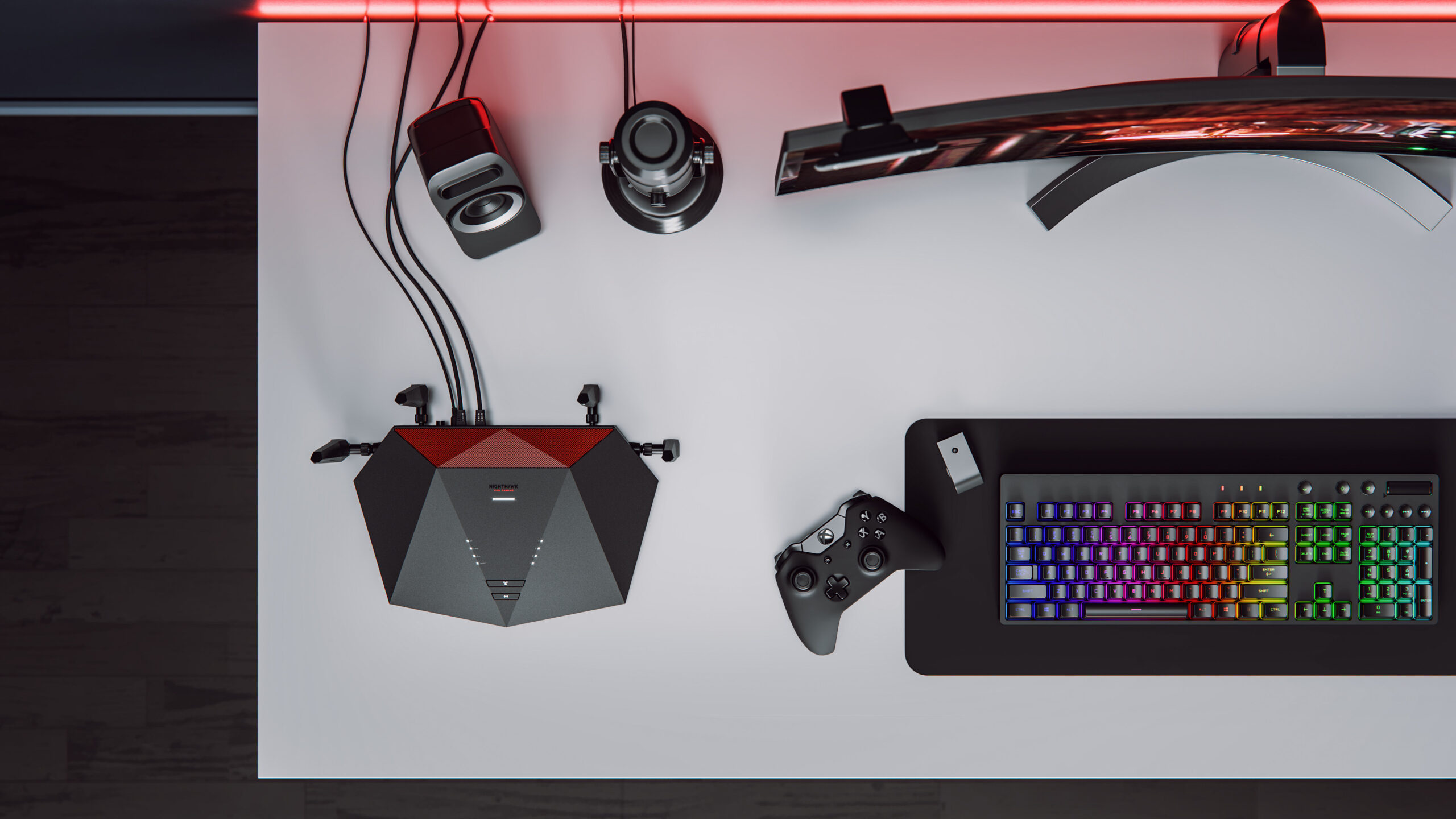 Gamers need the best networking gear possible, because just like your basic internet speed the issues most people have are actually well within your control, within your home network. For that reason, all eyes are on the Nighthawk Pro Gaming XR1000 WiFi 6 router.

This isn’t just about fast wifi, and of course WiFi 6 offers an impressive uptick in speed and performance across your network, moreso for WiFi 6 capable devices. This is about latency, gaming server location and so much more.

Under the hood this beast runs DumaOS 3.0 – the operating system purpose built to allow gamers to optimise their network and device connections to ensure better gameplay.

The latest DumaOS (3.0) allows for things like customisable Geo-Fencing, a ping heatmap, QoS at the application level, Bandwidth allocation and much more.

“Nighthawk has long been trusted as a performance line of routers that can be depended on for online gaming. Now with the DumaOS 3.0 software and the ultimate WiFi 6 hardware solution, the network will be equipped to handle the load of multiple streaming screens and gaming platforms without compromising on bandwidth or ping rates.”

Available in Late-November from JB Hi-Fi the Nighthawk Pro Gaming XR1000 WiFi 6 AX5400 router will set you back $549.