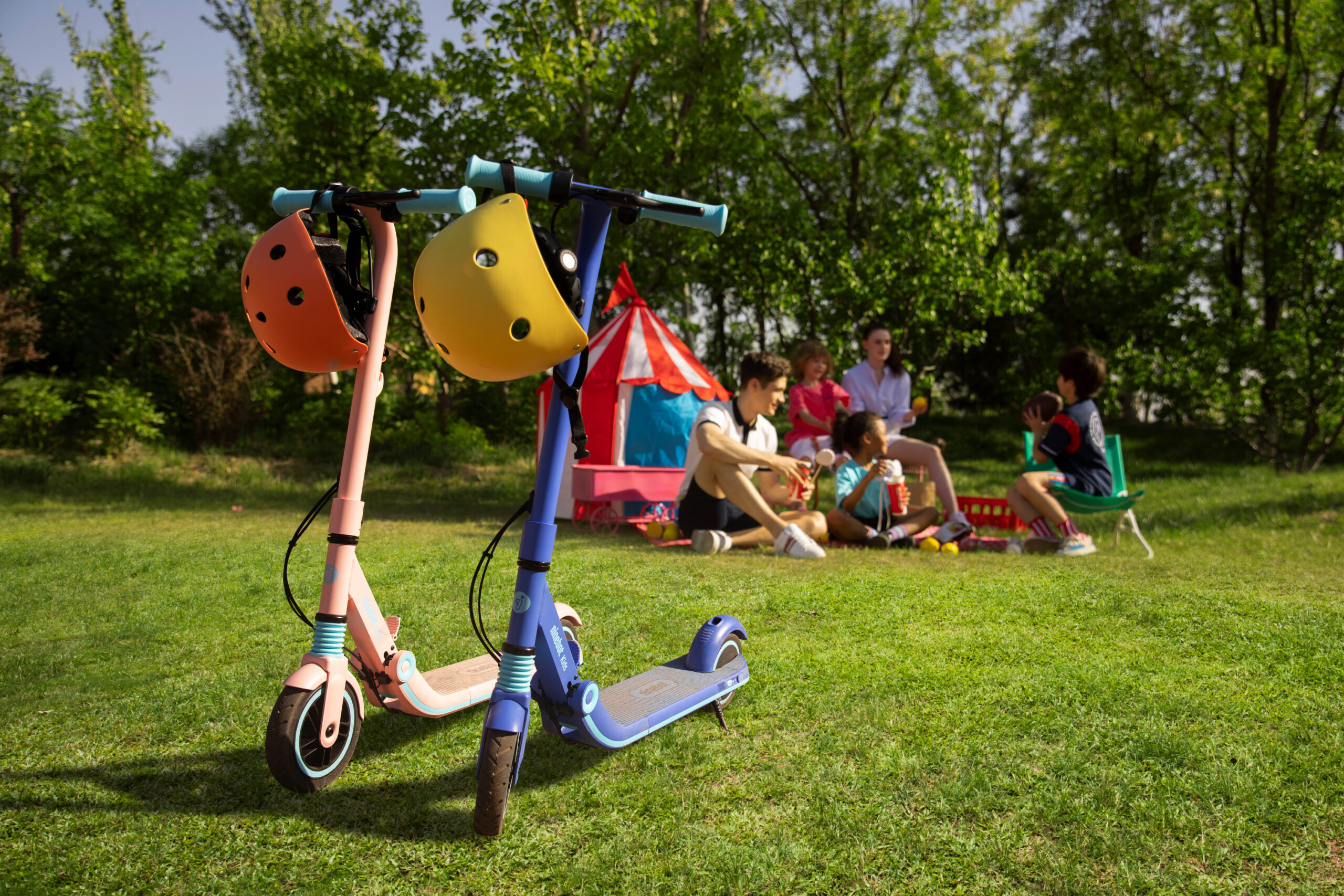 Gotta say, I love the electric scooters. The hop on, scoot away, simplicity of getting from A to B concept is perfected with one of these.

Taking cars off the roads, it’s a winner on so many fronts. Now you can take the kids with you for a scoot with the Segway-Ninebot eKickScooter E8 and E10 available in Australia.

George Saad, Chief Operating Officer of Panmi which distribute the products in Australia says “Segway-Ninebot’s E8 and E10 eKickScooters are made for children ensuring they can cruise in style. Kids will go crazy for these new scooters in different colours. This new toy for kids will generate fun for the whole family. It allows kids to exercise and gain new skills. Children can ride alongside their parents and with their friends.”

These aren’t bland either. They come in vibrant colours and designs, they’ve got a sleek looking design and are packed with safety.

Unlike traditional “adult” electric scooters, the harder you kick the faster it accelerates so no need to use the throttle.

Tubeless tyres, triple brakes including the rear fenders – there’s a lot in these scooters.

Weighing in at 8kg and 8.5kg respectively, the E8 and E10 are easy to carry around.