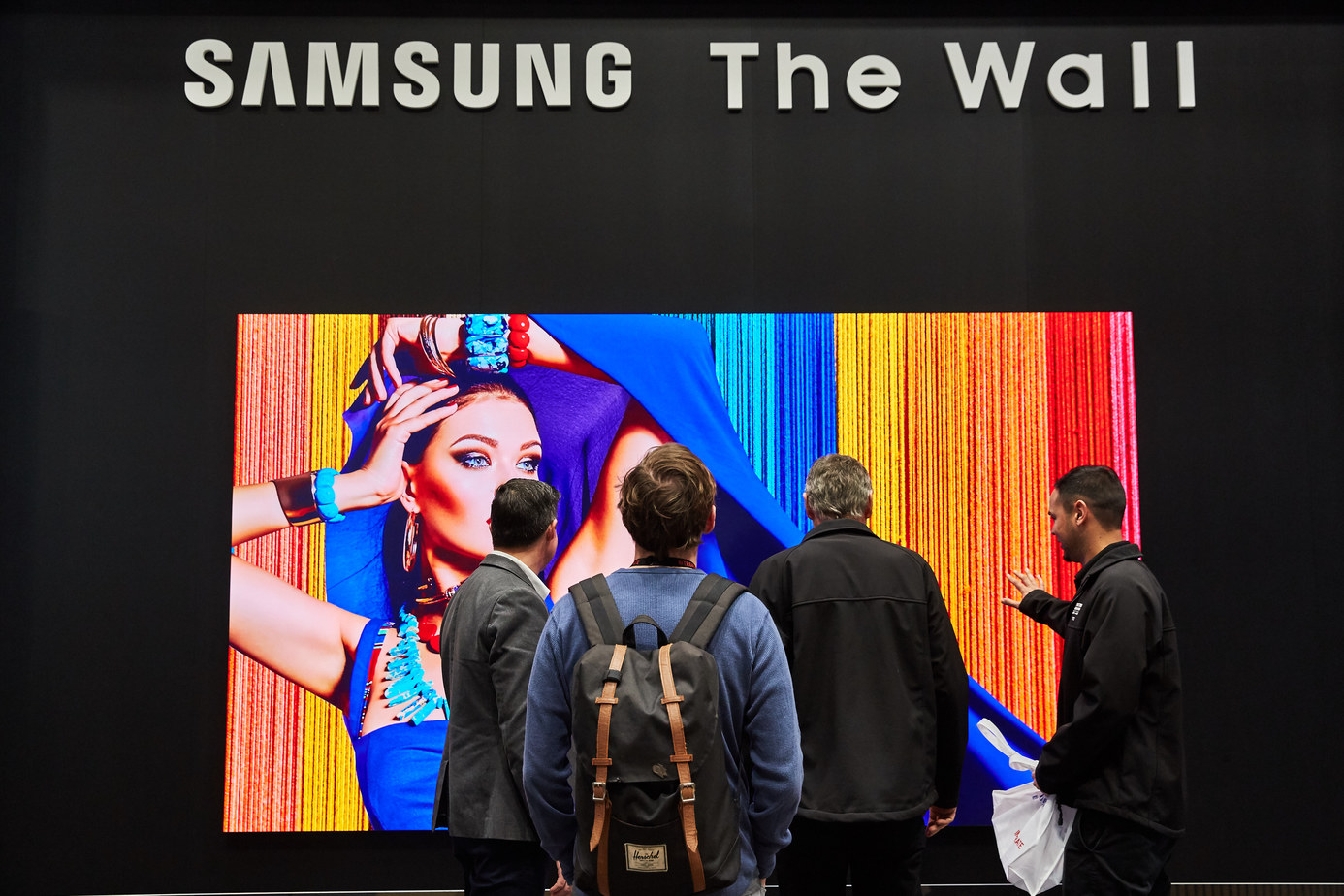 I think it was three years ago, almost to the day when Samsung first broke ranks and announced a bunch of things before the official CES press day and before the show was opened. One of the announcements was “The Wall” – huge scale TV which has given birth to the Micro LED technology for consumers with new 110 inch and 99 inch TVs coming in 2021.

These days, sadly, every Tom, Dick and Harry are announcing things out of step with the CES plan, don’t get me started on that.

Samsung’s own release points to the time it’s taken for this to become a consumer product in the home, saying “In 2021, the promise of Micro LED comes home. With the new MICRO LED line, Samsung has made Micro LED available in a traditional TV form factor for the first time—bringing consumers a breathtaking visual experience on an ultra-large next-generation screen. “

But I should be clear, while Samsung Australia’s Hass Mahdi is excited for the product, they are still deciding if we’ll get it down under, saying “Samsung recognises that in today’s modern home, the living room serves more functions than ever before, which is why we’re introducing a TV that combines superior picture quality and total flexibility – the 110-inch MicroLED.

“Samsung’s vision for its MicroLED display has been building since we first introduced the technology in 2018. The bezel-less design features pure RGB LED light for incredible picture quality while delivering the same smart TV features as Samsung’s latest QLED models.

“At this stage we’re considering bringing the 110-inch MicroLED to Australia.”

Globally this will be a 99 inch of 110 inch TV – but instead of being modular, where you choose how it’s configured, this will come from the factory framed up and ready to go.

Personally, I think this will be the future of TV’s 95 inches and above, far more economical than OLED and even LCD screens, so the next few years will be really interesting.

Until we get confirmation it’s coming to Australia though – we’ll just have to wait and see.