It’s a big week for PC makers and at CES 2023. HP has unveiled their new range of devices for the year with a slew of new devices across the Dragonfly, Elite and Omen range as well as multiple accessories.

The HP Dragonfly Pro range announced this week includes both a Windows and Chrome OS machine, with both machines sharing a number of similar hardware features.

Both laptops will offer a webcam with an 8 MP user-facing camera on the Chromebook and 5MP on the Windows model.

Both models will include all-day battery life, and offer 24/7 concierge support.

HP Dragonfly G4 is aimed at business customers including the ability to use two cameras simultaneously. It runs an OLED display and runs on the latest Intel Core processors and weighs in at less than 1kg.

Both the HP Dragonfly and Elite 1000 Series PCs contain 90% recycled magnesium in the enclosure case.

For these devices, HP is launching a new suite of collaboration tools powered by the myHP app:

The new HP G5 monitor range features sizes and resolutions to suite almost all users. The new series of monitors includes both flat and curved displays with all displays covering 99% sRGB colour accuracy.

The monitors also include a USB-C connector for charging your Notebook connect video or other peripherals, leaving you with a much cleaner desk.

All monitors in this series feature 90% recycled and renewable materials, like coffee grounds and recycled aluminium.

While the G5 series get a lot of info, all we have on the HP M24h and M27h Monitors are that they are 24-inch and 27-inch respectively with a FullHD resolution.

The monitors come with a comfort setup guide built into the integrated display software which will help users find their perfect posture and viewing angle.

The HP 710 Rechargeable Silent Mouse is designed for use with Intel Evo laptops, with seamless connectivity. The mouse includes up to 90 days of battery life and includes six programmable buttons for custom shortcuts. The mouse can be paired seamlessly with multi-OS compatibility across three saved devices. 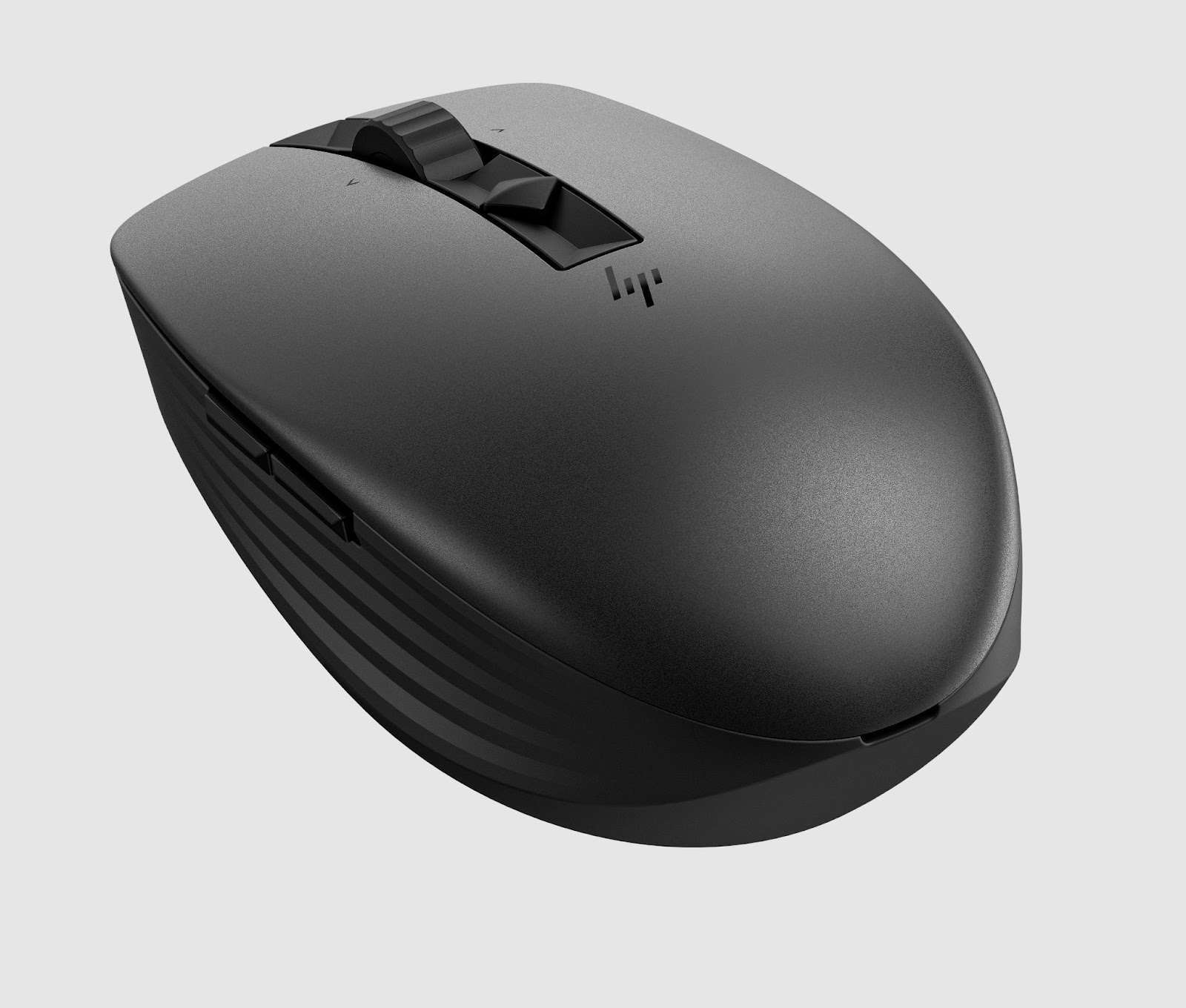 The Poly Voyager Free 60 include multipoint connectivity and Transparency mode and include six microphones with a stem design and Active Noise Cancellation to let you be heard in any conditions.

The buds come with five hours with ANC turned on and a charge case that offers 10 additional hours of talk time which can be charged wirelessly or via USB-C.

Perhaps it’s best trick is that the case can be connected to a 3.5mm analog audio source and transmit sound to the earbuds.

You’ll be able to get the Poly Voyager Free 60 in two colours: Carbon Black and White Sand

There’s a 17-inch QHD resolution display on board with 240Hz refresh rate and you’ll also get excellent feedback from the optical mechanical keyboard which are ‘25 times faster than traditional keys’ according to HP.

HP is also updating their desktops with the Omen 40L and 45L desktop systems, available with up to 13th Gen Intel Core i9-13900K or AMD Ryzen 7000 series processors with up to 64GB of DDR5 XMP memory and up to NVIDIA GeForce RTX 4090 or AMD Radeon RX 7000 series graphics. 1200W 80 Plus Gold certified ATX PSU’s are on-board to ensure you get the highest performance.

While no other specs were available, HP did announce that the HP Omen 25L would be getting an updated spec using the latest 13th Gen Intel Core processors.

HP Australia had no availability or pricing for the devices announced at CES, however their international release announced some dates and limited pricing – all in USD.

EFTM’s Coverage of CES 2023 is made possible by the ongoing support of our regular advertisers and supporters such as Arlo, Belkin, Oppo, Netgear, JBL and Trend Micro, and by additional support from Samsung, LG, Hisense, TCL, BMW and Boost Mobile.

Moto G 5G Plus review: 5G and loads more for a bargain price