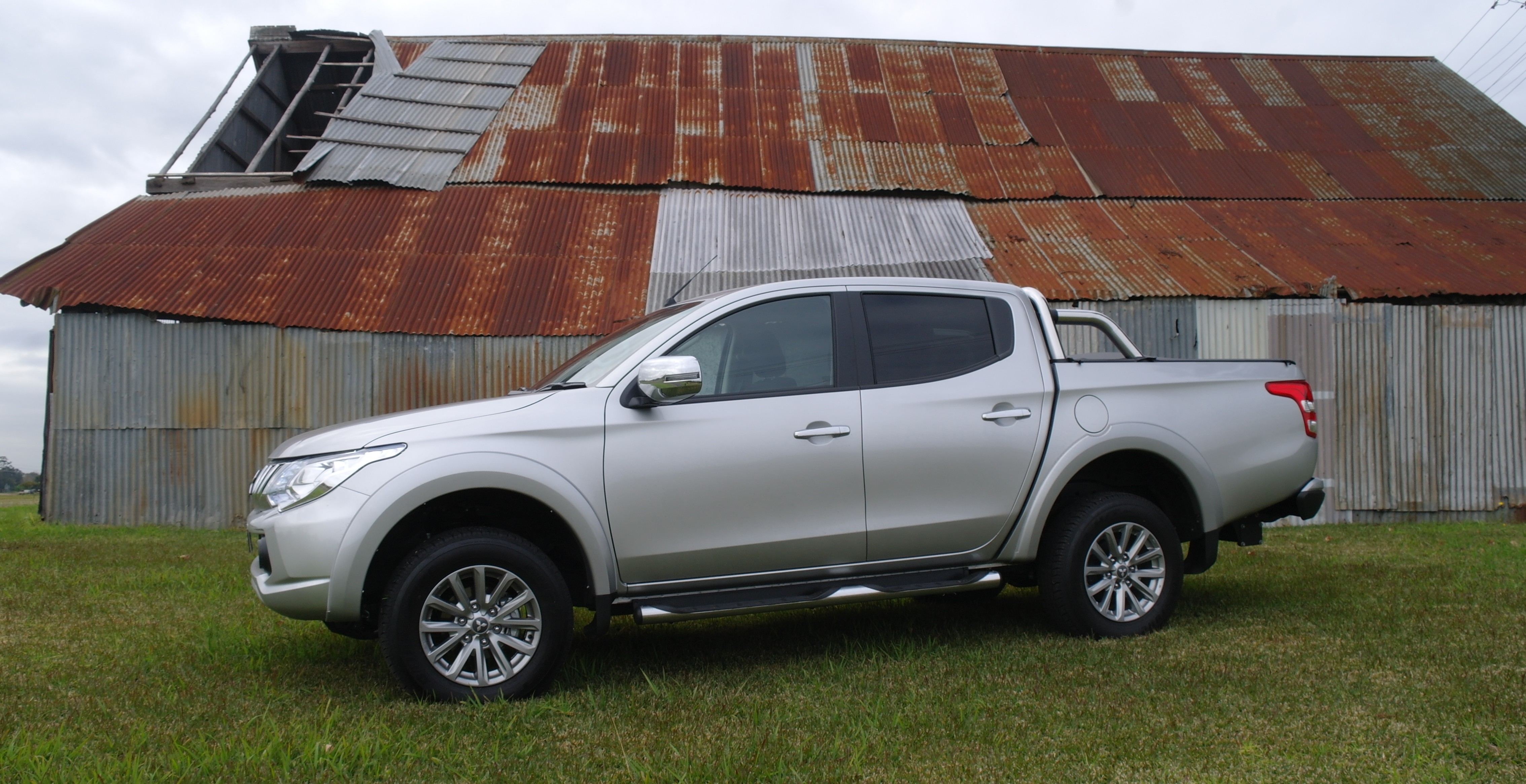 Aussies love their dual cabs and increasingly not only for their original intended use. All still have their Light Commercial Vehicle (LCV) underpinnings, but the latest generation is set to cohesively and comfortably combine its work and play attributes. The Mitsubishi Triton is one of the first to receive a significant makeover, but just how far has it gone? Chris Bowen finds out. The new Triton features an updated look but not the all-new from the ground up approach of some others. It’s never been my favorite ute to look at with ungainly styling and that awkward looking J-line design between cabin and tray. But the 2016 model brings with it a new front end with plenty of chrome bling on higher spec models. There are now some well-placed crease lines down the sides and the rear end features a more contemporary tail gate combined with modern, sophisticated looking tail lights.

Inside has transformed into what comes ever closer to what is expected these days. That is a more car-like layout and improved trims. The centre console now scores an integrated multimedia touchscreen that no longer looks like an aftermarket accessory. Plastics remain hard but more attractive and generally the cabin is simply a more pleasant place to be. It was only a couple of years ago I described the driving characteristics of the outgoing model as “Its handling abilities fell into a black hole somewhere along the way. It steers almost like a school bus and lock to lock seems to take an eternity in tight car parks. Quite frankly it’s a bad drive”.

Fast forward to the MY16 model and things are vastly improved. The steering is now light in your hands while maintaining a level of renewed accuracy. The cumbersome nature of the old model has been dispatched with. Today’s Mitsubishi Triton is a well sorted, easy to live with daily drive.

The most striking immediate issue with the previous model was the terrible seating position. The floor was too high, at times it felt like sitting in a bobsleigh. The new design fixes all that, now the driver sits in the Triton rather than piggybacking it. A tilt and reach steering wheel with cruise and audio controls completes the picture. The ride has been more than tweaked with Australian specific tuning playing a major role. The Triton sits confidently on road, but tends to be a little fidgety without a load but no more so than a Mazda BT-50. The drive is now very well isolated for a diesel dual cab. Plenty of noise isolation work has produced one of the quietest in-cabin experiences to be had in this segment. There’s a distant diesel clatter but virtually none of that is transmitted up the steering column or though the firewall like in a Holden Colorado for example.

The Triton certainly doesn’t pack a punch like the Ford Ranger, but the 2.4-litre MIVEC engine has enough low down torque to avoid any sluggishness. Highway overtaking is easy enough and as outlined shortly visits to the pump will be further apart.

The new 2.4-litre MIVEC turbo-diesel engine pumps out 133kW @ 3500rpm with 430Nm @2500rpm. I tested the 5-speed automatic which shifts smoothly and intelligently, albeit missing the expected 6th cog these days. The 4WD system fitted on GLS and Exceed models is the Super Select II setup. Shifting from 2WD to 4WD on the fly (while coasting) is not uncommon and operates much the same way as its competitors via a dial. There are four drive modes on offer 2H, 4H, 4HLc and 4Lc modes, the latter two lock the centre differential. A best in class approach angle of 30 degrees is on offer and 22 degrees for departure. The new model is externally the same size, however some clever design work has produced more head, shoulder and legroom. The rear seats are reclined at 25 degrees which is about as good as it currently gets, but not unusually there are no rear air vents.

Braked towing capacity has increased 100kg to 3,100kg. This is short of the common 3,500kg mark, but honestly who is pulling around that much?

Not long ago the idea of DAB+ radio in a dual cab seem farfetched, but here we are with the 2016 Triton and that’s exactly what you get. The enhanced audio system is operated via a 6.1-inch touchscreen. If you’re looking for satellite navigation, auto headlamps and wipers, leather seats and a larger 7.0-inch screen you’ll be longing for the Exceed model. The Mitsubishi Triton has come an awful long way over the previous effort but not as far as its upcoming rivals. However I really enjoyed and greatly appreciated the effort Mitsubishi has put into creating a well-balanced, polished all-rounder on top of an existing platform. Price-wise the Triton is very well placed and if you’re looking for outright value rather than cutting edge advancements in the dual cab segment a 2016 Mitsubishi Triton could well be for you. I award it the EFTM Credit Rubber Stamp of approval.