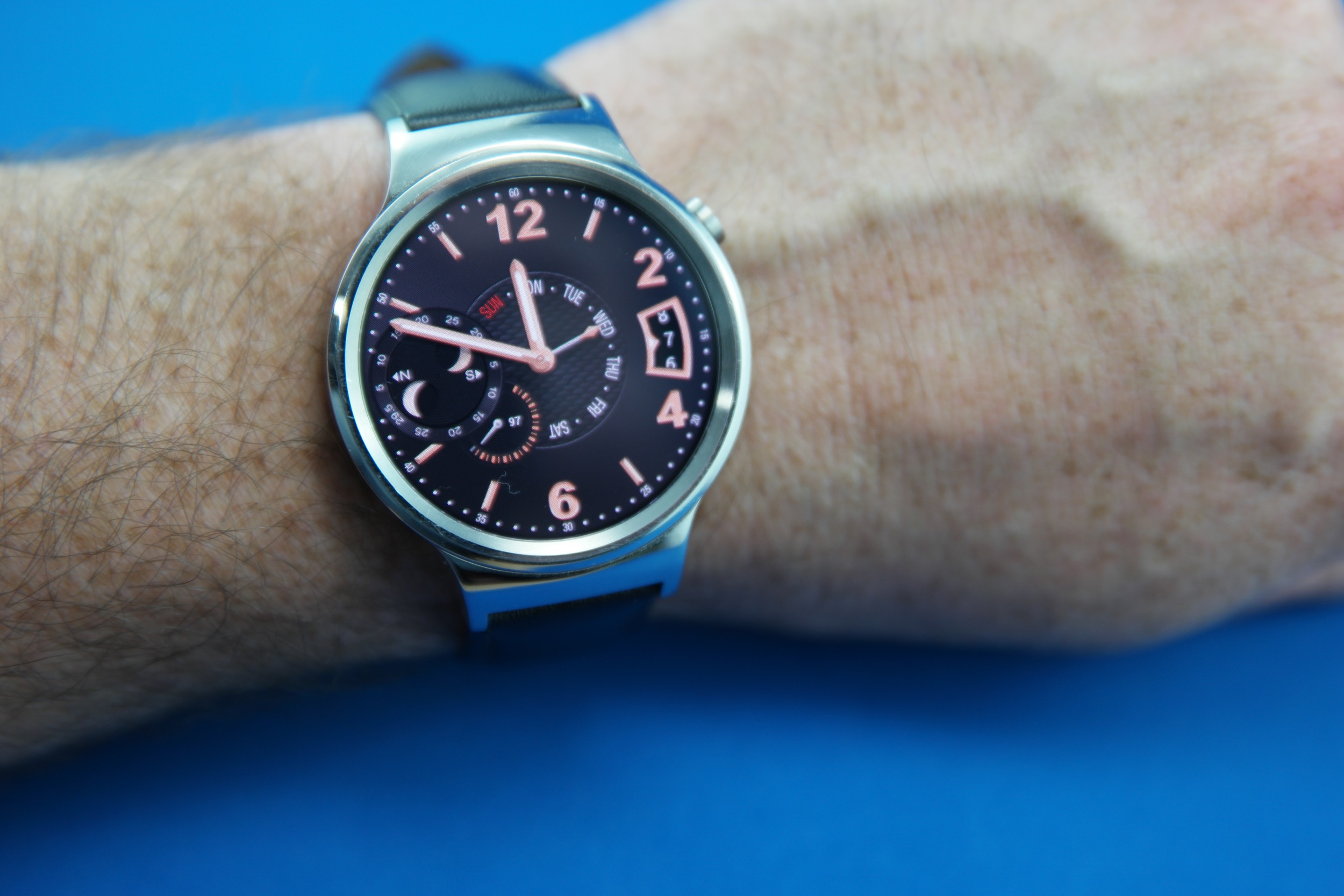 The Smart Watch is something that has been hard to define now over many years, and it’s not really getting much easier.  However there was on thing that was easy to determine – is this an Android Smart Watch or an Apple Watch?  While there have been others that work across both, their limitation has been basic notifications – that all changes with the latest Android Wear software and the first cab off the rank is the Huawei Watch.

While a top-notch G-Shock watch will pair with both Android and iOS, the more widely accepted concept of a Smart Watch – being the full colour touch-screen style – has been either Android or iOS compatible.

I’ve been wearing the Huawei Watch for two weeks, and I can tell you it is the perfect compromise for an iPhone user wanting something other than the Apple Watch.

Your Apple Watch is a stand-out Smart Watch.  Unique design that people see and recognise as an Apple Watch and a huge potential in terms of apps and functionality.

But what if the real features of a Smart Watch that you are interested in – namely rich notifications, interactivity and customisable watch-faces – were available on a more classic design, round-faced watch? 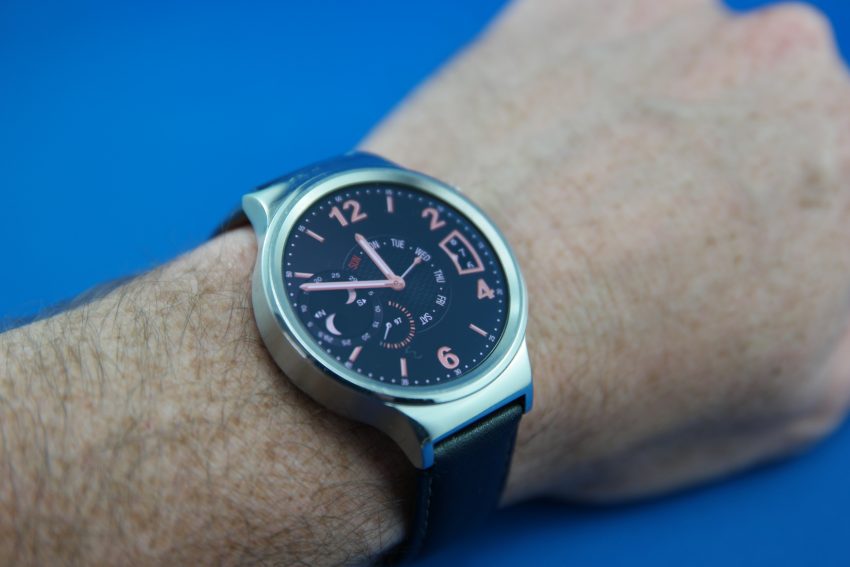 Starting at $549 with a standard leather band and a silver watch it’s not cheap.  Frankly, I think Huawei should have done everything to pull the price well below the entry-level Apple Watch – just as a point of difference.

The round screen makes it feel like a classic watch, the 18mm strap connections mean you can use any standard watch band or strap.  Some of the watch faces available make it feel like a high-end exotic watch, yet deep down that’s just a touch screen. 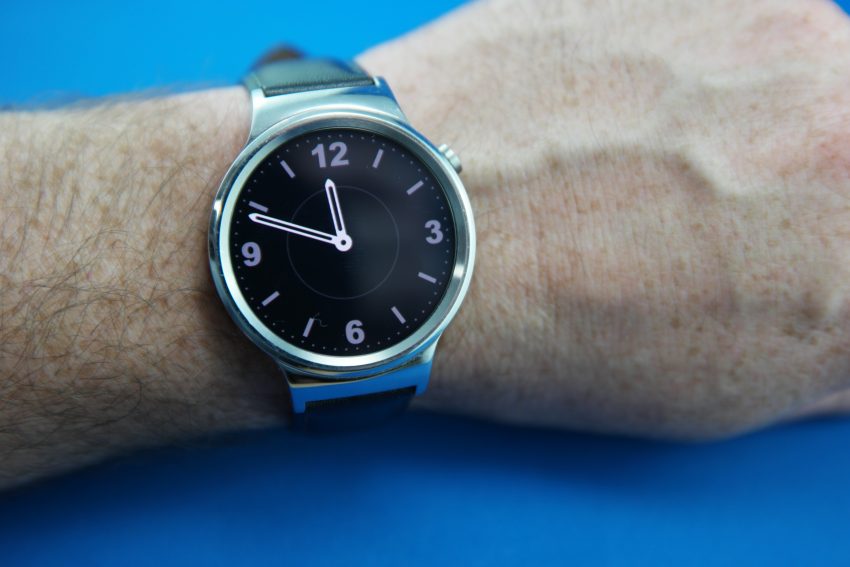 Out of the box there are 40 customisable watch faces, switch and change them as you need.

Under the hood it has a gyroscope, accelerometer and 6-axis motion sensor alongside a heart-rate monitor so the health and fitness tracking capabilities of the Huawei Watch are on par with the best fitness trackers you can buy.

The real party trick though, as I’ve mentioned – is the Apple and Android compatibility.  On Android, there is a greater potential for app integration and such.  But for iPhone users this won’t disappoint.  Rich and clear notifications from Messages, Phone calls, Facebook, Instagram all the apps you really want to be able to “glance” at to decide if the phone is going to come out of the pocket or your bag – they’re there.

Wearing a Smart Watch does one thing very well, it reduces your reliance on the smartphone screen.  With the right notifications flowing here, it’s easy to do.  As well as that there are in-built fitness apps, and your calendar is synced and viewable at a glance also.

For iPhone owners, this is the Smart Watch to get if you don’t want an Apple Watch.

It’s charged on a small round magnetic charger, and yes, it will need to be charged every day.  I’ve been able to get almost two days usage on a slow day for notifications, but in reality you don’t want to lose your watch mid-way through the day, so you will be charging it every night – good news, it charges within 75 minutes. 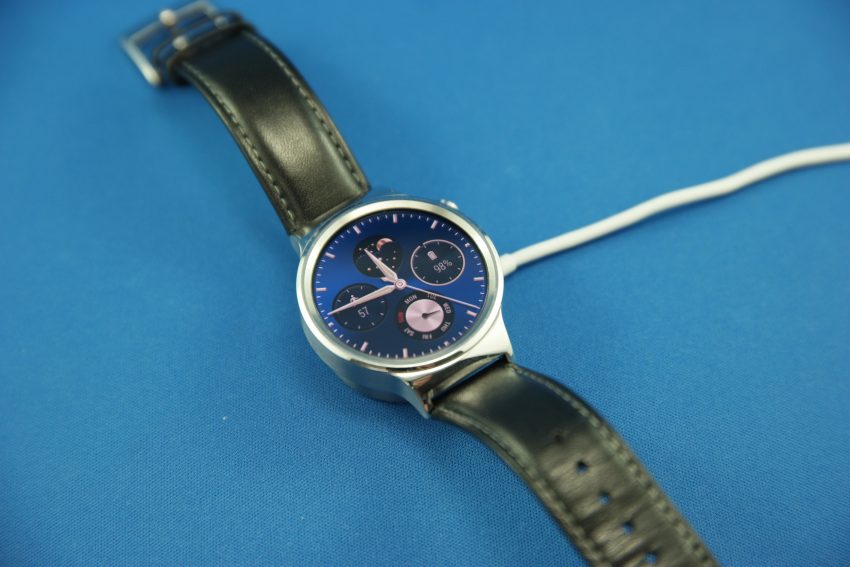 The packaging is exceptional, the watch looks great, performs well and won’t disappoint.