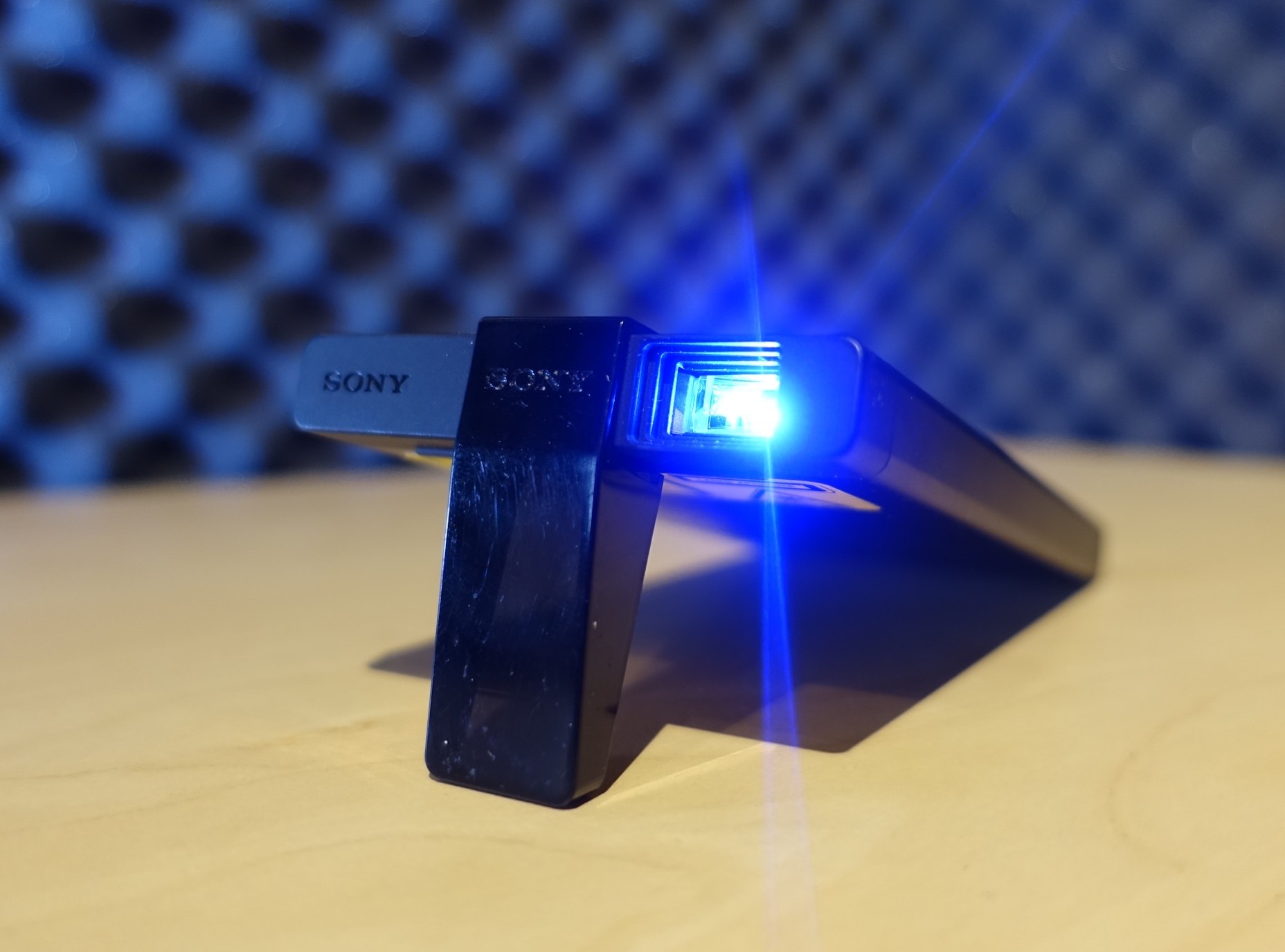 Seeing a projector that is about the size of a big screen mobile phone that you can carry around with you is not new – in fact, I can remember seeing one of these six or seven years ago but those were really a gimmick, things are getting real now and we’ve put Sony’s MP-CL1 mobile projector to the test. 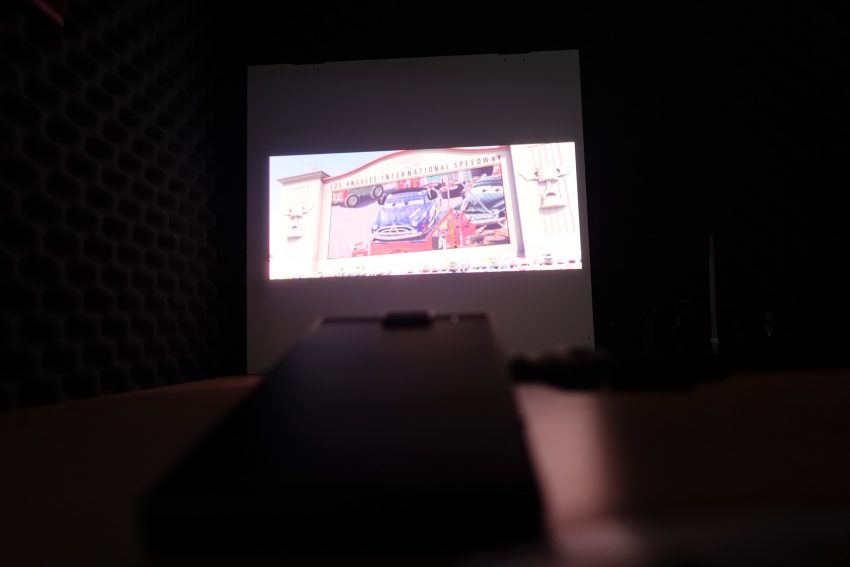 This thing is tiny.  Almost insane to think how thin and light it is.

It’s battery-powered, so you charge it up just like a mobile phone and you’ll get 2 hours of battery life when projecting your favourite movie. Of course you can power it to the wall if the movie is longer than 120mins.

There’s no big lens to twist and turn for focus, it’s always in focus using Laser projection and the clarity is pretty darn good.

At $699 you’re going to really want to be travelling a lot or doing presentations on the go to stump up for this little guy, but you’ll certainly impress when you take it out of your bag and hook it up.

For mirrorcast compatible devices you’ve got wireless streaming which again should blow people away, but on the side there is a mini HDMI port for plugging almost anything in. 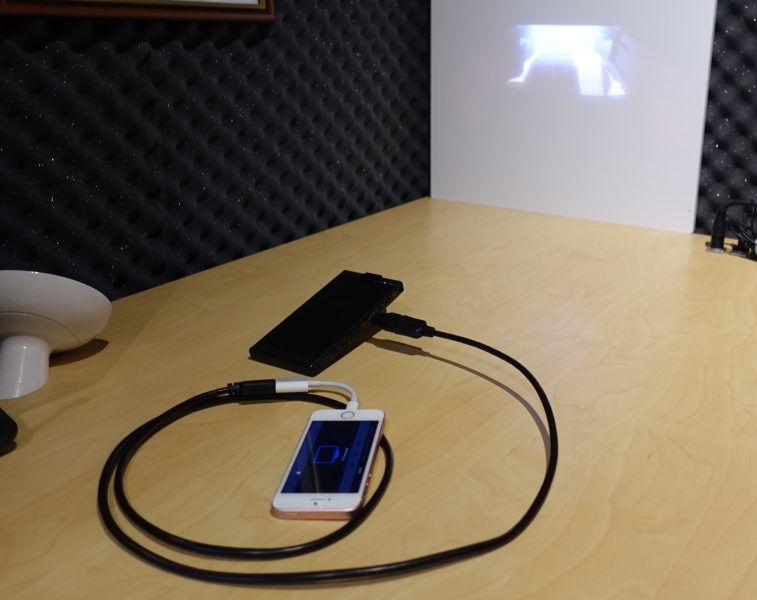 The included HDMI adaptor meant I could show a movie from my iPhone on to a small white wall, or – turn it around and point it at my 120 inch projector screen in the studio. 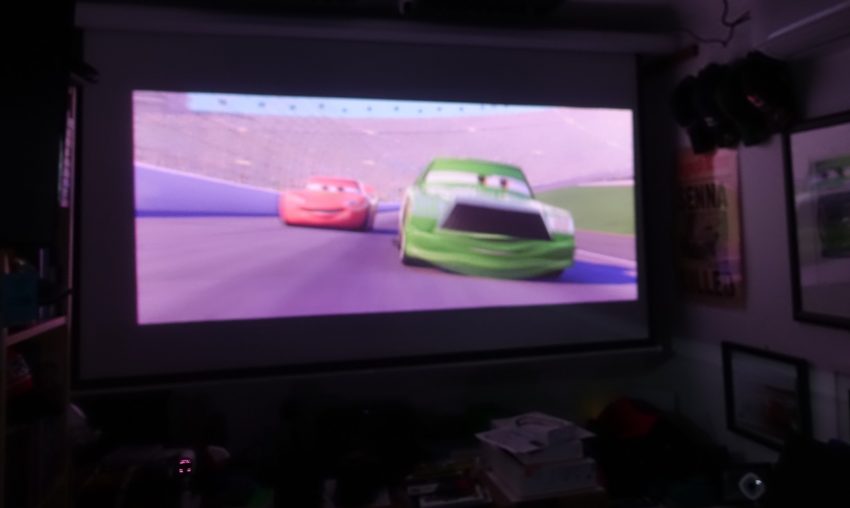 To be fair, it’s almost useless in well-lit rooms, I tried pointing it alongside my TV in the lounge for F1 stats alongside the live coverage, no go – just impossible to see.

You really need a dark room to get the most from this picture, but when you do it’s certainly impressive. 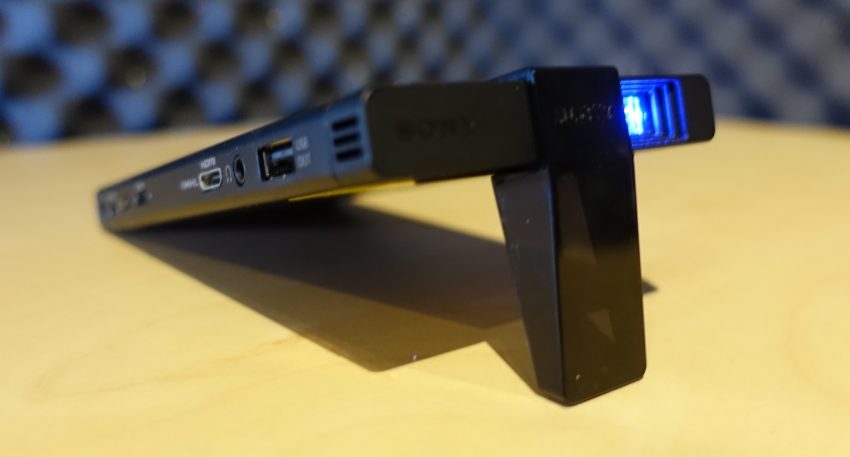 Oh, and while it has on-board sound, give that a miss, use a cable to connect it to your favourite portable speaker to really get the sound pumping 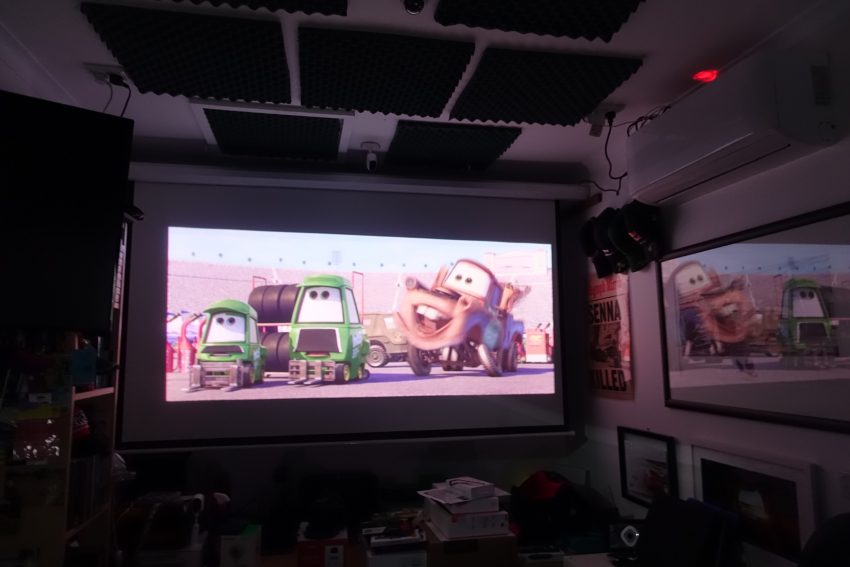 Overall this is a great little unit, though with the need for a solid darkness to get the most from it I feel its uses are limited.  Still, for a package so small it sure packs a punch.