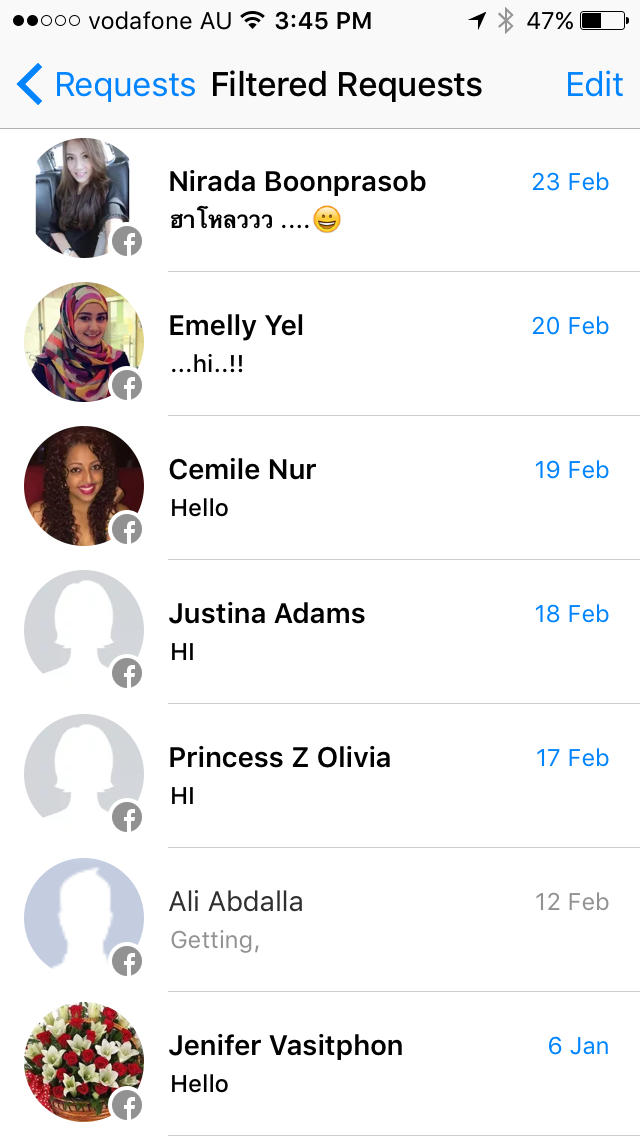 This one’s doing the rounds at the moment, and it’s not really anything new – but many people are startled to find out that Facebook has been hiding messages that have been sent to you on the “Facebook Messenger” app or platform.

Most Facebook users are familiar with the Messaging capabilities that Facebook has had now for some time.  It’s a great way to send immediate messages without having to send email – plus there’s the stickers the video, the photos and all that.

So, why is Facebook hiding some of those messages.

Really not sure why Facebook didn’t just call it “Spam” – a while back it was just called “Other” but they’ve more recently called it “Message requests”.

Here’s how it works.  If your Facebook Friends message you – the messages fly through direct to you.

If someone who you are not a direct contact with or haven’t engaged with before messages you – Facebook puts it in a holding pattern.  In a folder called “Message Requests”.

To top it all off, there’s also a “filter” on those request – very much a spam filter – so there are actually two hidden “inboxes” full of messages waiting your viewing. 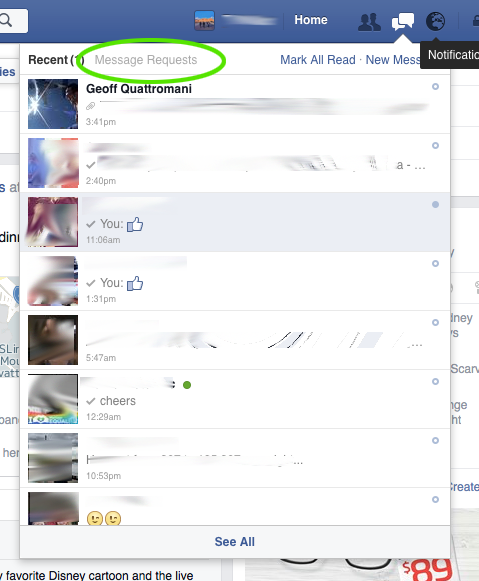 This shows a bunch of messages Facebook thinks you might be ok with – but to open a “chat” with these folks, you need to “accept” the request.  If you don’t, they will not be able to keep messaging you. 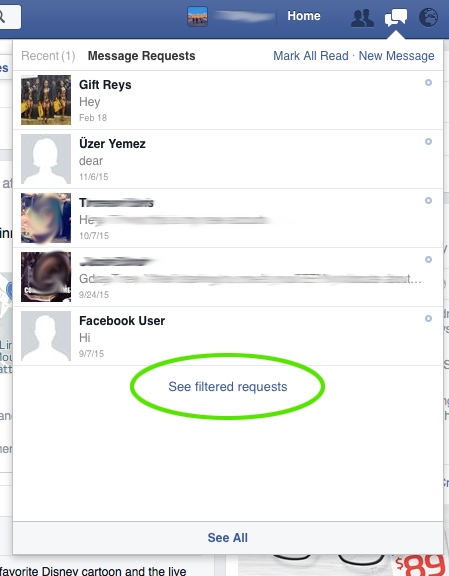 If you look below that list – there’s “Filtered Messages” – clicking this shows you pretty much outright Spam. 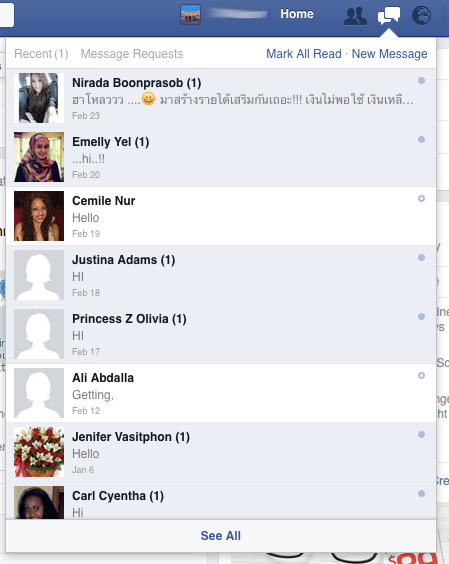 Why you’d ever want to dig in here, I don’t know.

Same applies on Mobile – for iOS and Android, using the Messages app – open up Settings. 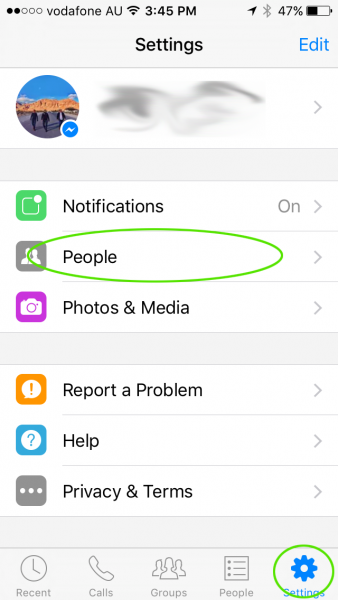 Then go to “People” 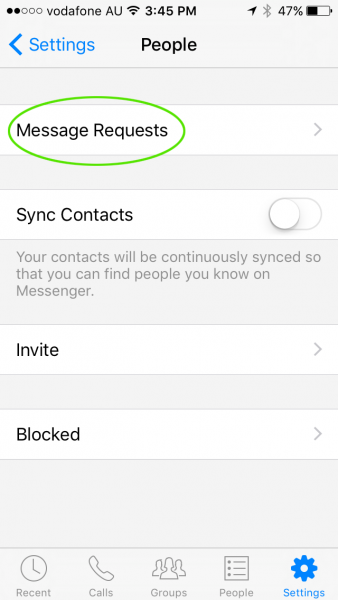 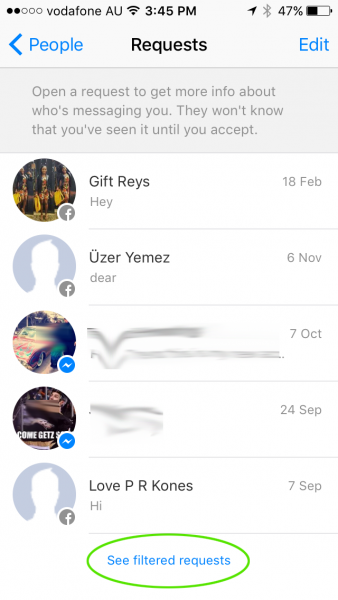 For the deeper second set of hidden messages – use “See Filtered Requests”. 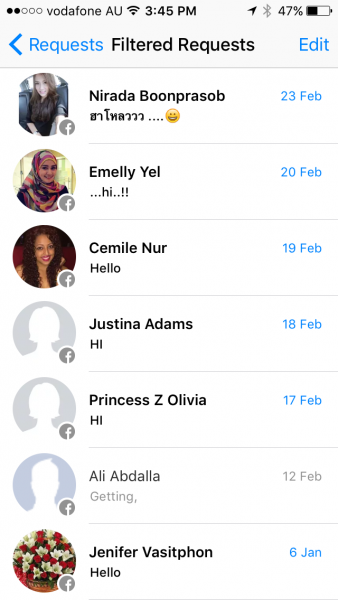 So, there you have it.  If you think someone’s been trying to reach you – check there!  Otherwise, credit to Facebook for the walls of privacy that protect us from random unwanted messages!