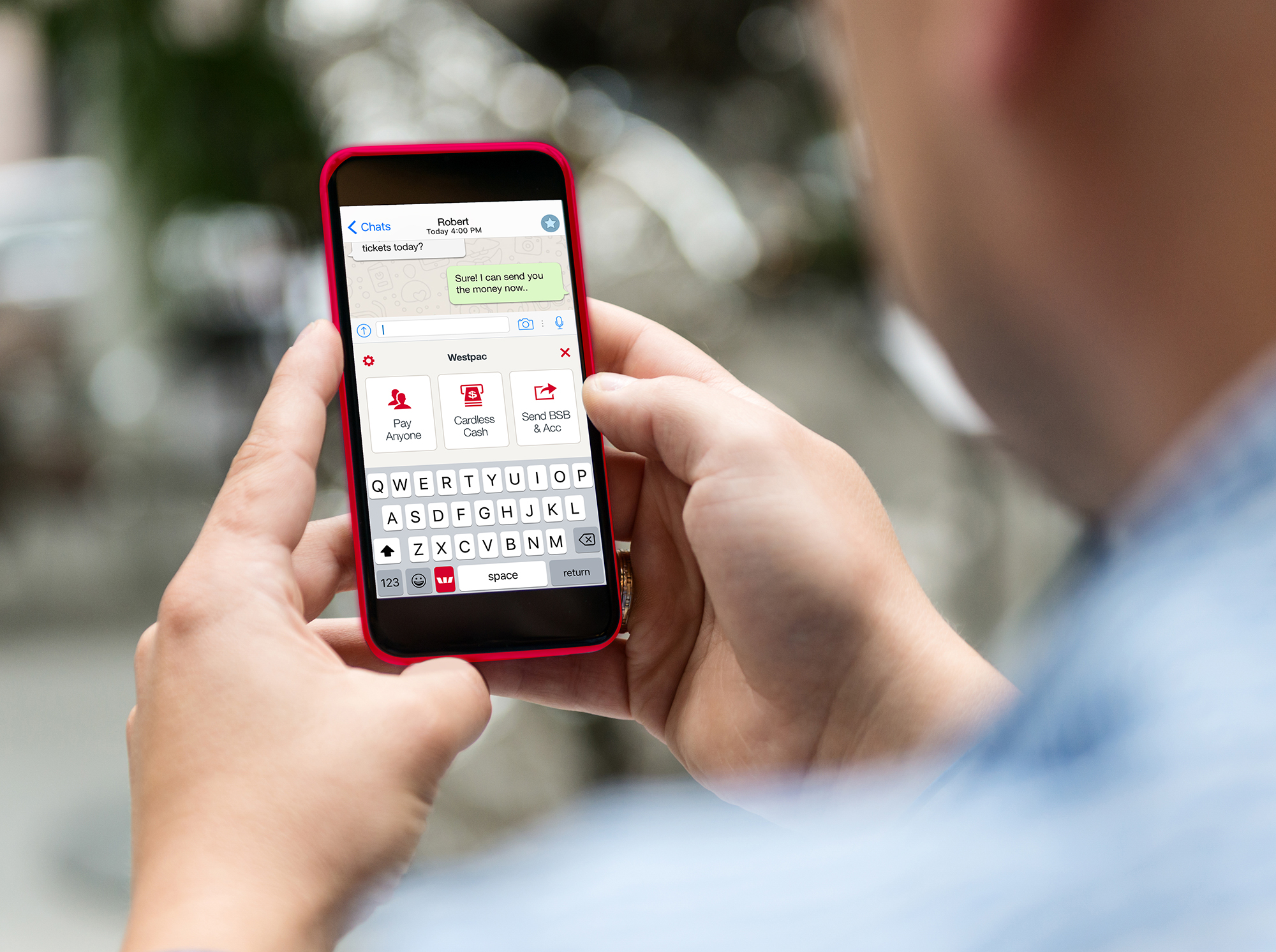 I had to read this one a few times before I got it, oh, and I checked it’s not April 1 too – so, what on earth is Westpac doing launching a keyboard for your smartphone?

Firstly, for those unaware, on Android and more recently also on Apple iOS devices you can download and install new keyboards. These might be a better layout of keys, or possibly added features like emoji search or even a Google search.

So again – you’re thinking, right – what the hell is Westpac doing?

Well – in 2017 we live in an instant chat world – Facebook Messenger, Twitter, Snapchat, What’s App, We Chat and of course good ol’ SMS.

And in the last little while there’s been a new innovation in ATMs: Cardless cash.

The idea here is that you login to your banking app, you choose cardless cash, enter the amount you want to send, then “send” it to a friend via an SMS.

Enter the Westpac keyboard. You can be inside your social/chat or SMS app and simply switch to Westpac via your keyboard. Login with your banking security credentials and share things like your account details, send cardless cash and even make live payments.

So if you’ve just been nagging a friend on Facebook to pay up for the dinner the other night, or for Fred’s farewell present at work and they ask “what’s your bank details I’ll transfer the money” – you can send them in an instant without leaving the app. 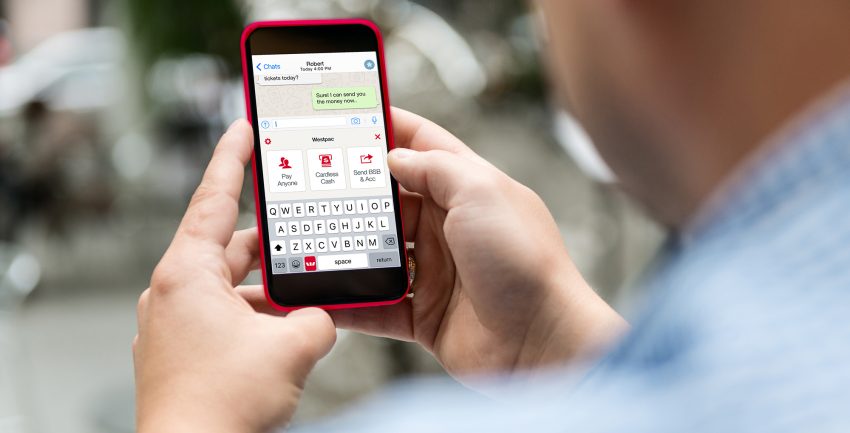 Likewise if the kids are in the city, or out and they text you saying they have run out of cash for a cab, you can reply with an instant cardless cash withdrawl code – again without leaving the app.

Westpac Group Chief Executive, Consumer Bank George Frazis had high praise for the Keyboard “This is the ultimate mobile banking experience for people who love social media and messaging apps, and one of the biggest developments we’ve seen for years in Australia’s highly-competitive digital banking space,”

“We really want customers to be able to access their money in an efficient and convenient way, particularly when they socialise. With SMS and social messaging apps now an everyday part of our lives, it was time to close the gap between social media and mobile banking,” said Mr Frazis.

Meanwhile Travis Tyler, General Manager of Consumer Digital, Westpac Group told EFTM “Once customers set up Westpac Keyboard through their Westpac Live Mobile app, they can simply tap the Westpac icon on their keyboard to seamlessly pay friends and contacts, all without leaving their messaging app,”

The Westpac Keyboard was developed by fintech start-up PayKey. Daniel Peled PayKey CEO said: “With Australia’s growing passion for social media, we are excited to partner with Westpac to bring our innovation to the Australian market.”

Initially, the Westpac Keyboard will be available on iOS (Apple) devices running iOS 9.0 and above within the next week – no word yet on an Android version.