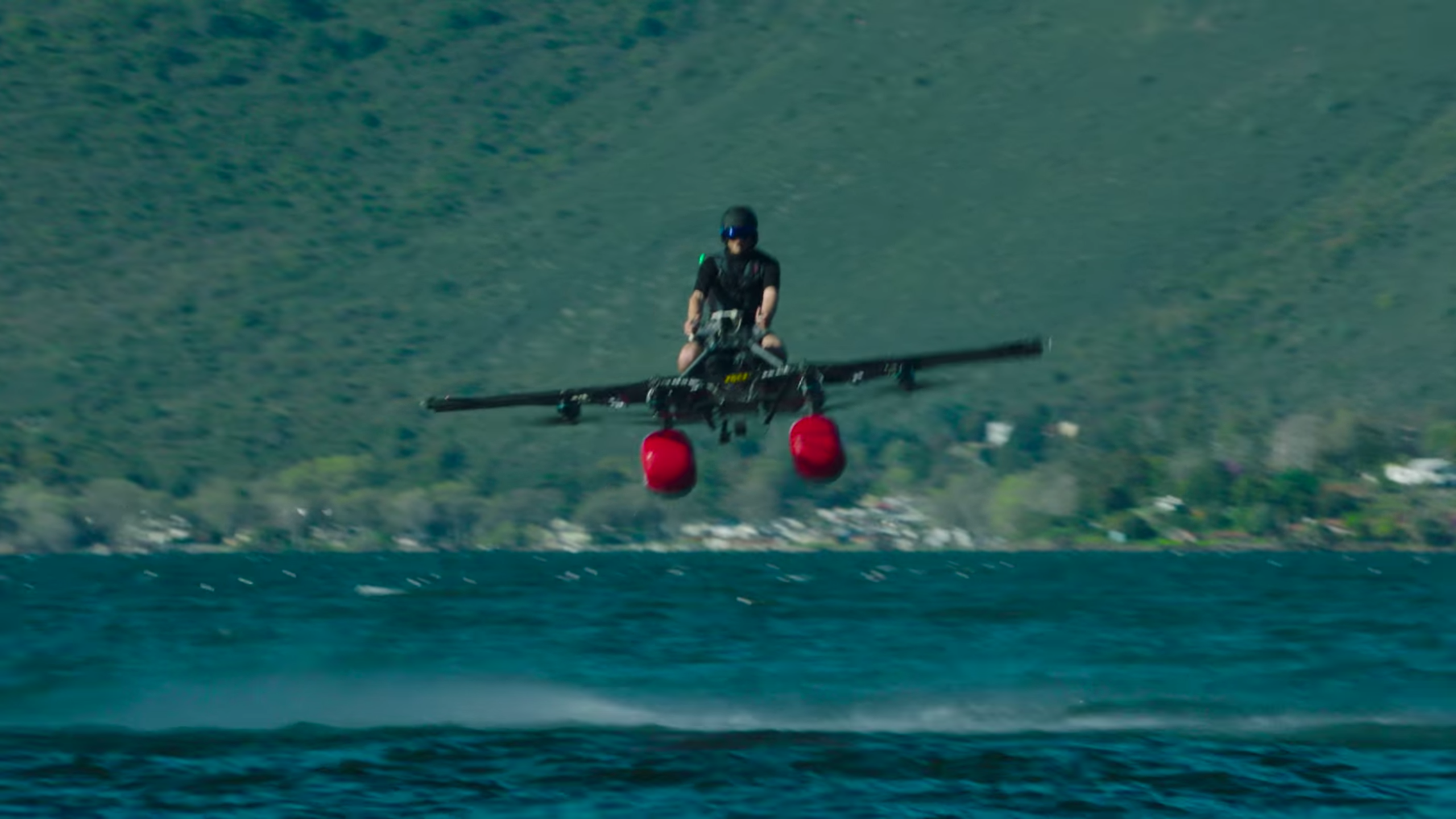 As if EHang’s 184 personal drone wasn’t enough, there’s a new flying car or boat or vehicle in town – the Kitty Hawk Flyer.  Announced this week, this is a next level drone that allows you to jump on board and fly where you want to go. 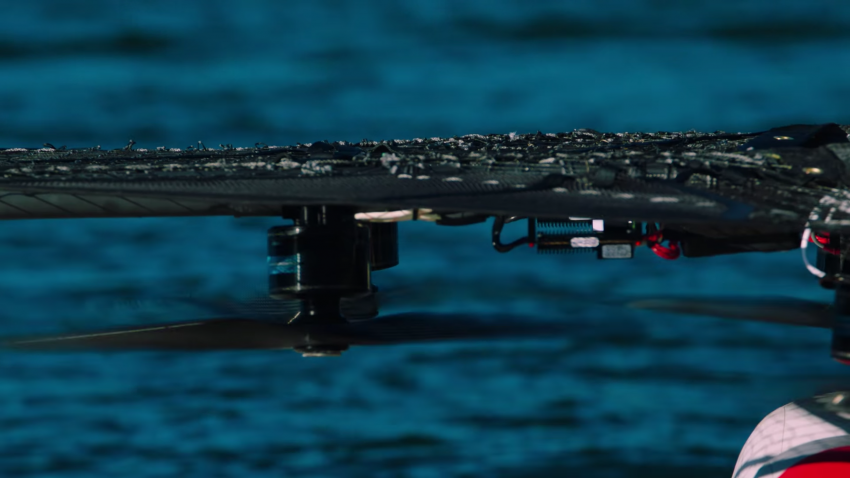 Classified as an Ultralight aircraft Kitty Hawk by the US Federal Aviation Authority there are going to be some restrictions on what it can do – but at a glance, it’s going to be a load of fun.

The Kitty Hawk team state that the Flyer is explicitly designed to be flown over water – it has large floatation pods underneath for on the water landing, and in the promotional video is not shown flying higher than five or ten meters in the air.  With eight propellors there would appear to be some level of redundancy built in. 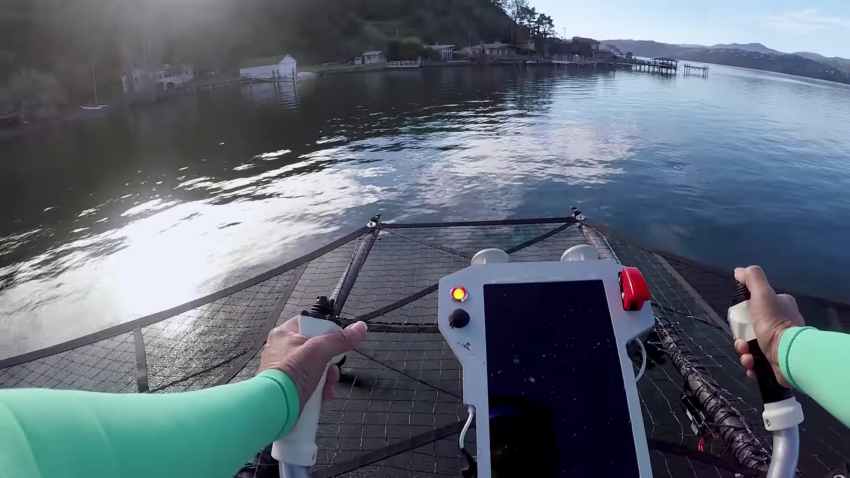 Under the US regulations it is classified – we can assume the Kitty Hawk Flyer weighs less than 115kg, and cannot be flown faster than 100km/h, can be flown by a single person only (no passengers) and must only be flown in uncongested airspace.

If we were to assume the Australian regulations were similar, you won’t see the Kitty Hawk Flyer over Sydney Harbour, however, recreational flights over lakes and rivers could be possible. 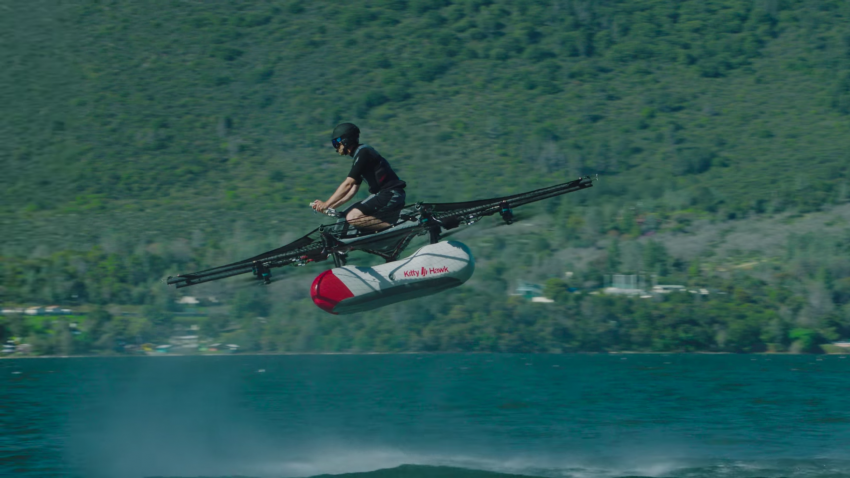 There’s no word on price – at this stage Kitty Hawk are seeking memberships – $100 payment for a few years membership – and a $2,000 discount on the yet to be announced purchase price.

This is not an EHang 184 competitor, it’s a recreational fun vehicle – think Jet-Ski but in the air. 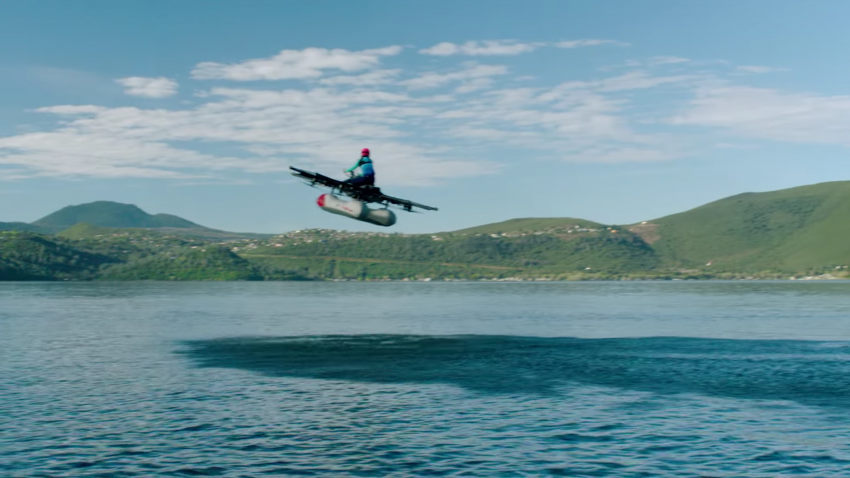 It won’t be sold directly into Australia – though nothing will stop you buying one there and bringing it home.  Interesting times!