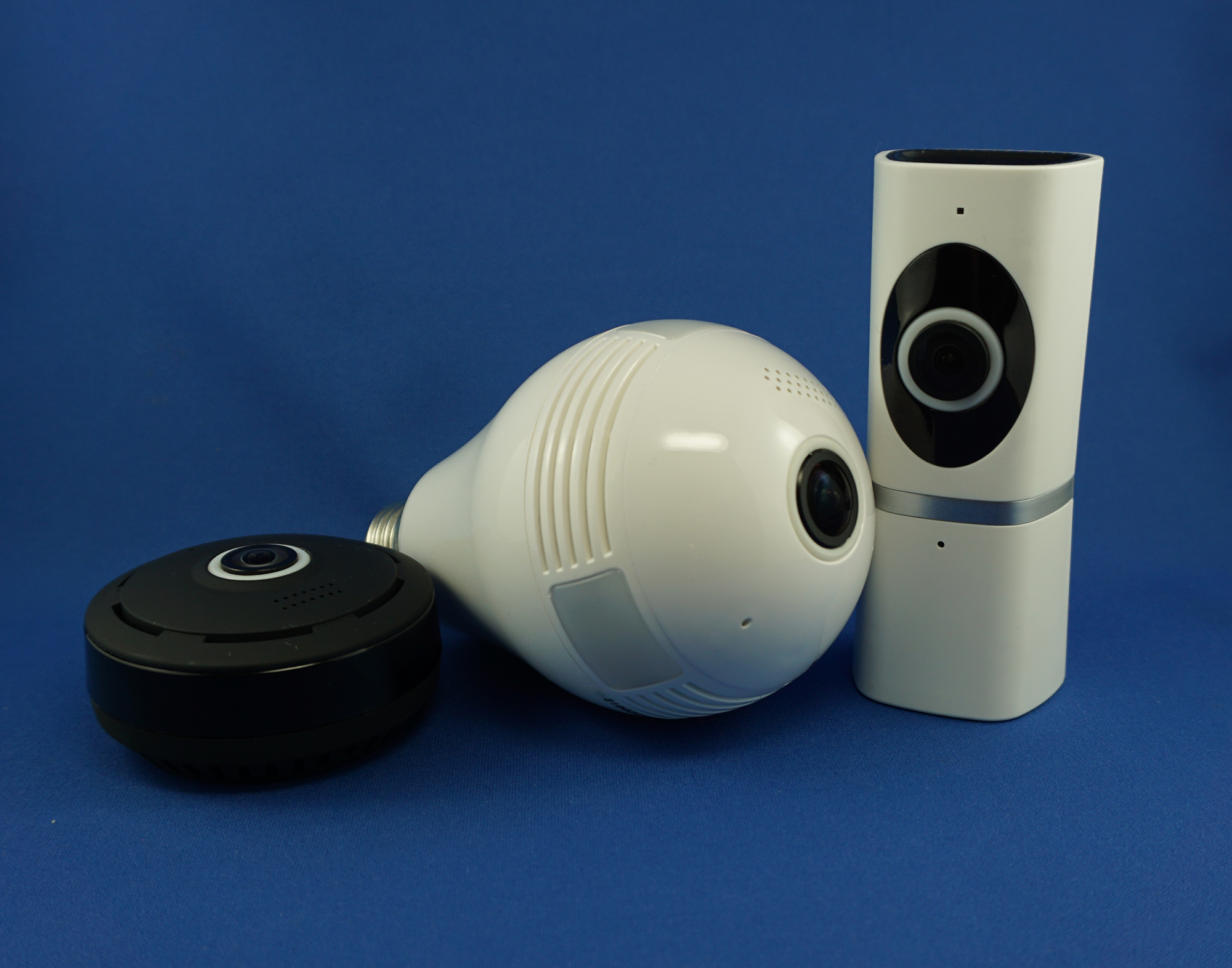 In this connected world it’s ever so easy to get cameras around your home streaming live video to your smartphone when you could be anywhere in the world – often though they come at a hefty price, so we’re checking out some slightly more affordable options from a lesser known brand.

Distributed in Australia by TechStore, I guess the hope here is that there are people keen on video surveillance in their home, but looking for something more affordable.  And you certainly get that – to an extent. 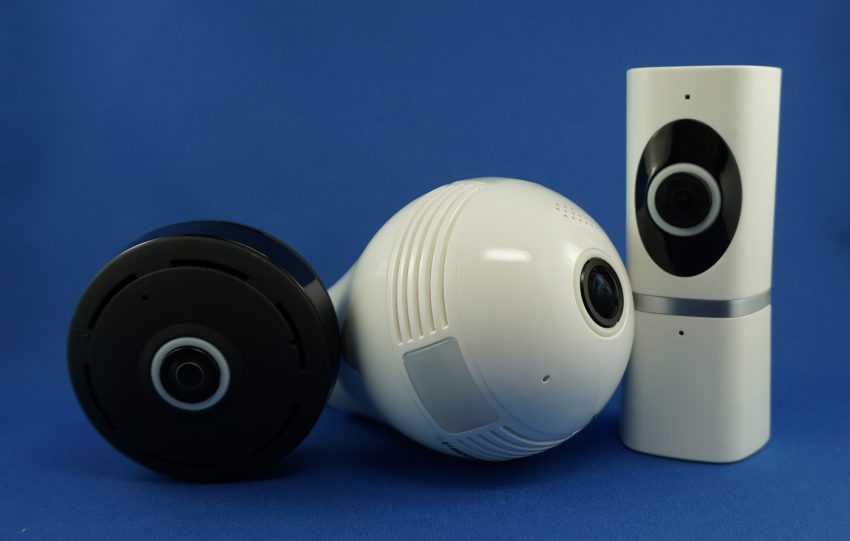 There were three products I looked at.

This little guy will set you back just shy of $200 ($197.50), and that’s certainly cheaper than the competition.  D-Link’s 180 degree camera, which, despite the protestations of the Aussie i-Cam distributor – has been on the market for over year is going to set you back closer to $300.

It’s quite small, which is great, and if you’ve got a powerpoint nearby can be concealed nicely or sit proudly on the shelf. 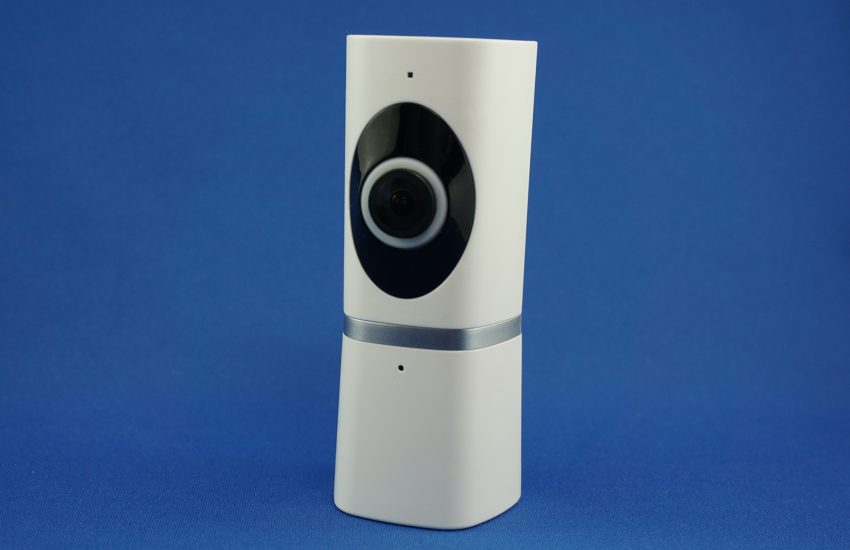 As with all these products, it is viewed through a single app, and you have two way talk capabilities so if someone is there, you can scare the daylights out of them with ease. 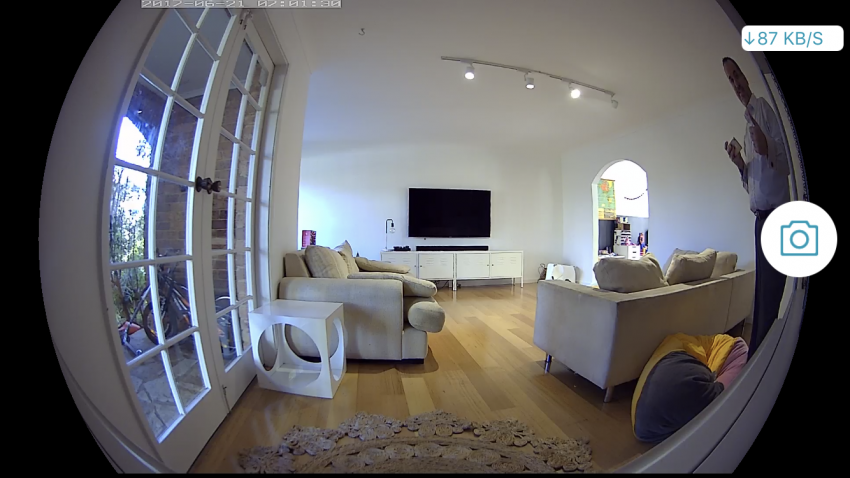 Video quality is ok – nothing to write home about, nor is the build quality, but once you’re setup and running it’s good to go. 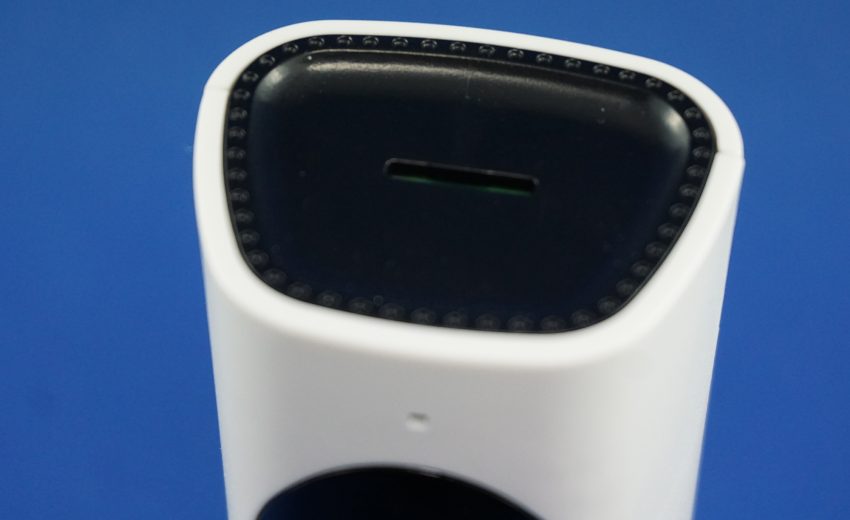 No SD card is supplied, so you’ll need to buy one of those in order to have the camera record regular motion or enable recent motion playback.

Rather than on the shelf perhaps you can consider the ceiling.  This Light Globe Camera sits into your existing light fitting and offers an all-round view of the entire room, with the same two way talk and audio features as the 180. 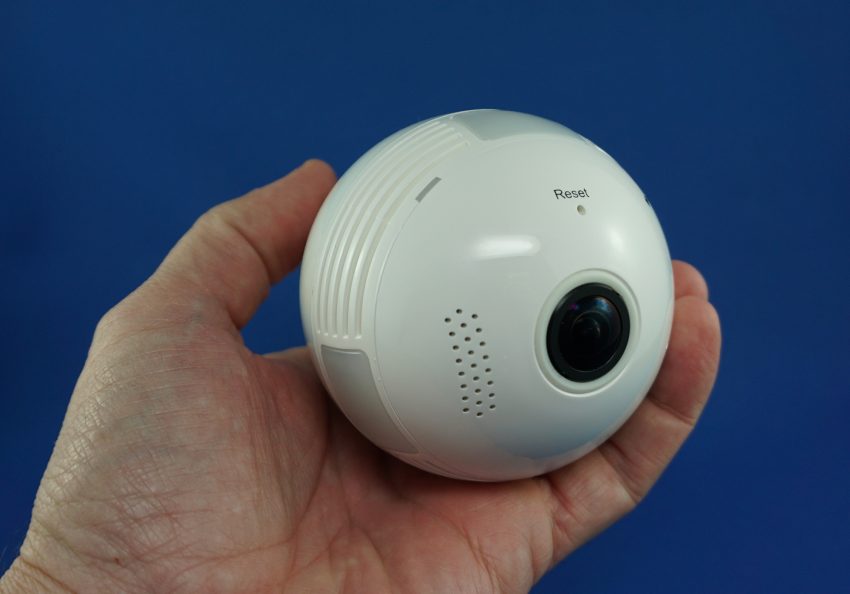 Plus, it’s got four LED lights on the side so it can still be a bulb.

However, those lights are controlled in the app, and the whole thing is redundant if someone flicks the power switch.  A competitive product like the Sengled smart bulbs will certainly cost more – so the $225 price is a clear saving. 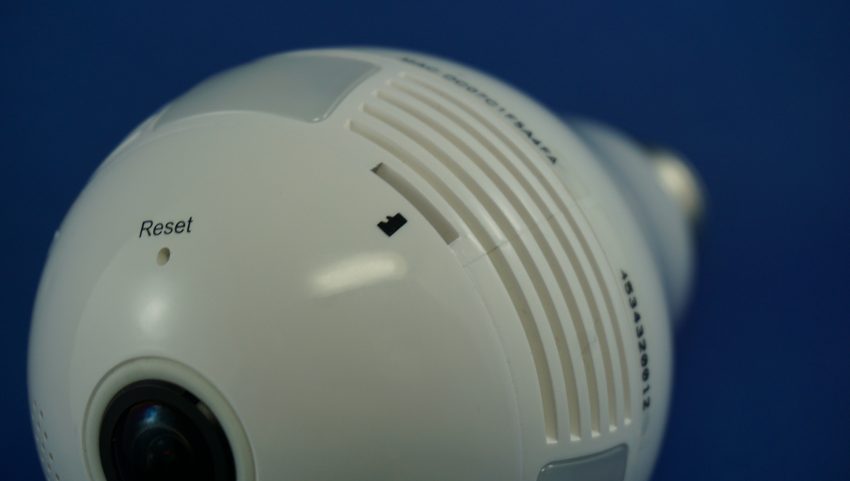 This guy is a hybrid of the two.  A 360 degree view, in a side mounted product.  This one can be hung on the wall with the included bracket.  At a touch over $200 the main issue here is getting power.  Again, you’ve got to run a cable, so it’s going to need to be secluded in a shelf anyway – so perhaps better to go the i-Cam 180. 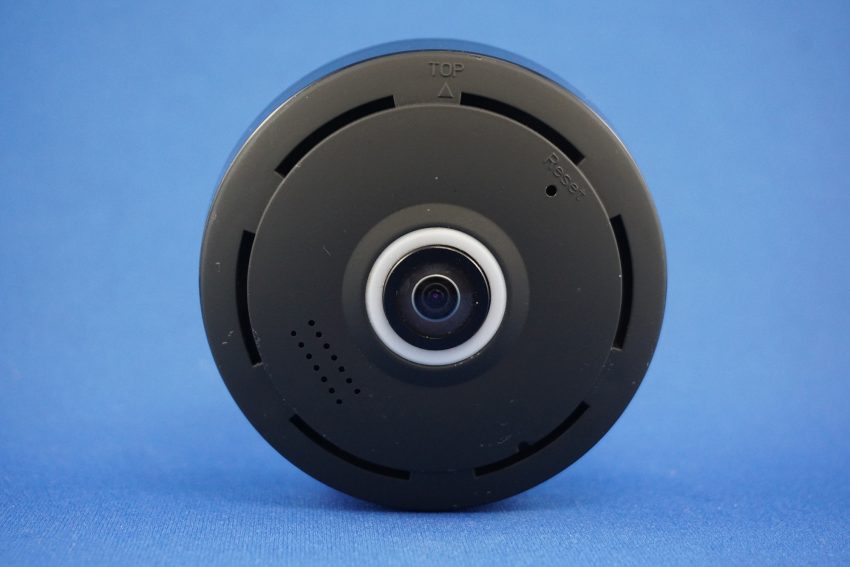 Couldn’t do it.  Time after time, just didn’t work.  And I’ve installed a LOT of these kinds of devices.

Most IoT / Smart Home devices like these would create a mini WiFi network which you connect your phone to, then open the app to configure. Instead, this one sits waiting for a password.  You open the app, give your WiFi password and it plays a high-pitched and very annoying series of beeps and buzzes for a minute or so – assumably the camera is “listening” and receives the code then connects. 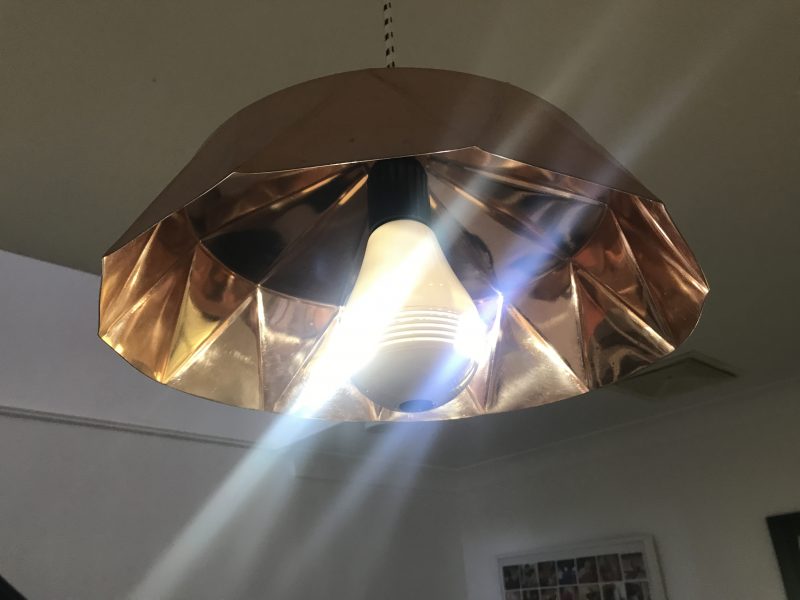 Strange. Very Strange.  But it works.  IF you’re on a 2.4Ghz WiFi network (My Orbi Router was the issue, because it shows a single SSID for both 2.4 and 5Ghz networks – So I used another router).  If your phone is on a 5Ghz WiFi network it just won’t work.  Further compounding my issue was the Orbi Mesh WiFi system in my home which broadcasts a single SSID and intelligently switches devices to the appropriate network.

Because these cameras flat out wont work on 5Ghz you just can’t connect them.  That said, it’s a problem for 5% of people, but will get worse as the years move on and more routers work this way. 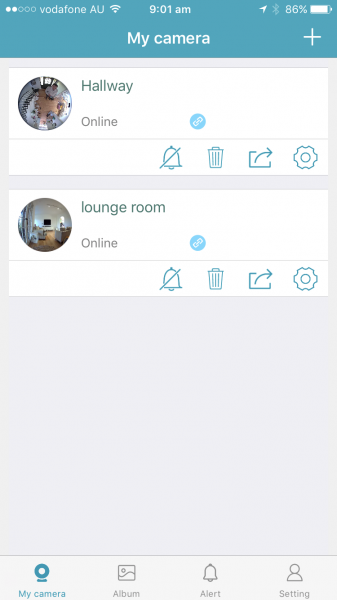 Feedback from the microphone on the light bulb was pretty intense, seemed to be picking up some strange sounds, but the two-way audio was excellent quality.

Look, they are not “cheap” products, but they are not to the standard of build, packaging, setup and app interface as say Arlo or D-Link and Belkin.

That said, for a single camera in your lounge room – a great affordable option 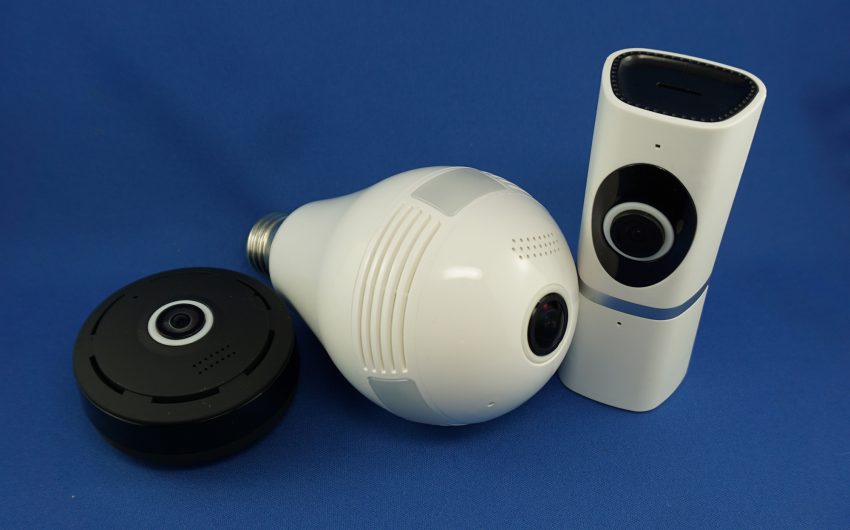 If you’re looking to go hard on a whole of home solution I’d be looking to one of the big brands for that level product.

[schema type=”review” rev_name=”i-Cam home security cameras” rev_body=”Lower priced than the big-brands, not amazing quality but they do what it says on the box and that’s about all you can ask of them.” author=”Trevor Long” pubdate=”2017-06-21″ user_review=”3″ min_review=”0″ max_review=”5″ ]