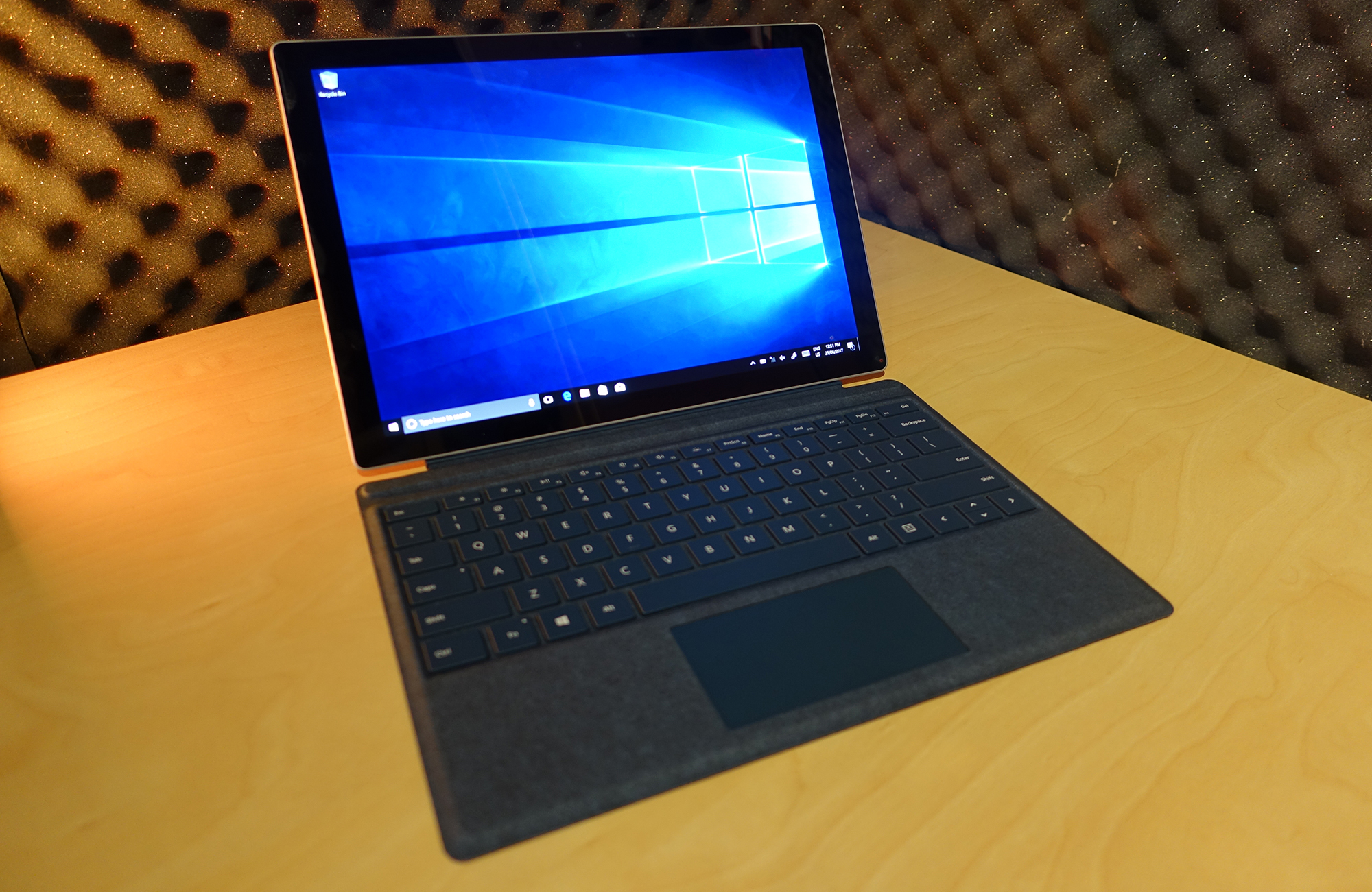 Microsoft have resorted to dropping the number from the new Surface Pro tablet – perhaps so we lose count, but also because it really doesn’t matter.

Though I’ve gotta say with a Surface Pro 4 on my desk alongside the new Surface Pro and boy oh boy it’s hard to tell them apart. You know your friends with the identical twins? The ones they can call by name at any time of day no matter what they are wearing – you’ll get there, it just takes time. 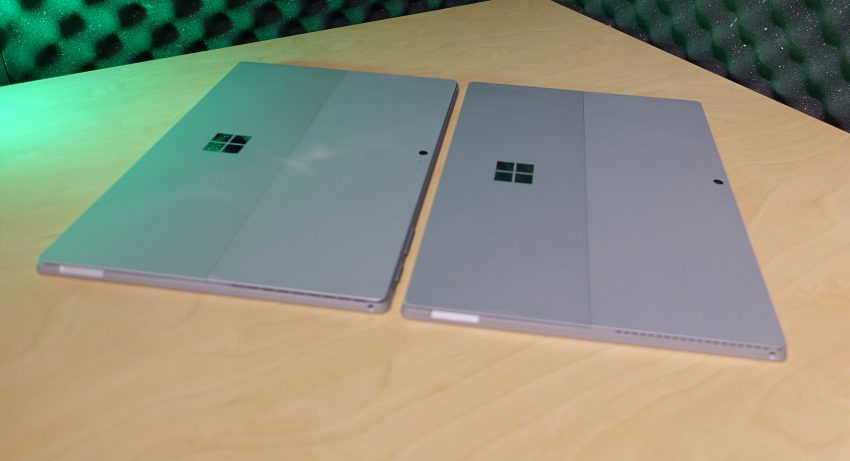 On the Surface Pro the only difference I can spot is a change to the vents around the edge ever so slightly, and a new hinge – both of which take some inspection.

I quite like the design and couldn’t really say where they could improve it, and the screen has always been a stunner, so – no need to worry there.

So what is new?

Well as you would expect, all the latest bits and bobs inside. And don’t downplay those new generation Intel processors, from Core m to Core i7 there are plenty of power options for the Surface Pro.

Somehow, Microsoft have dragged a bunch of battery life out of this beast – something that was a bug bare for the many hard core Surface users, and there are many. Especially in the corporate world, Microsoft have done a great job leveraging their corporate software and services clients and turning it into a hardware market for them. 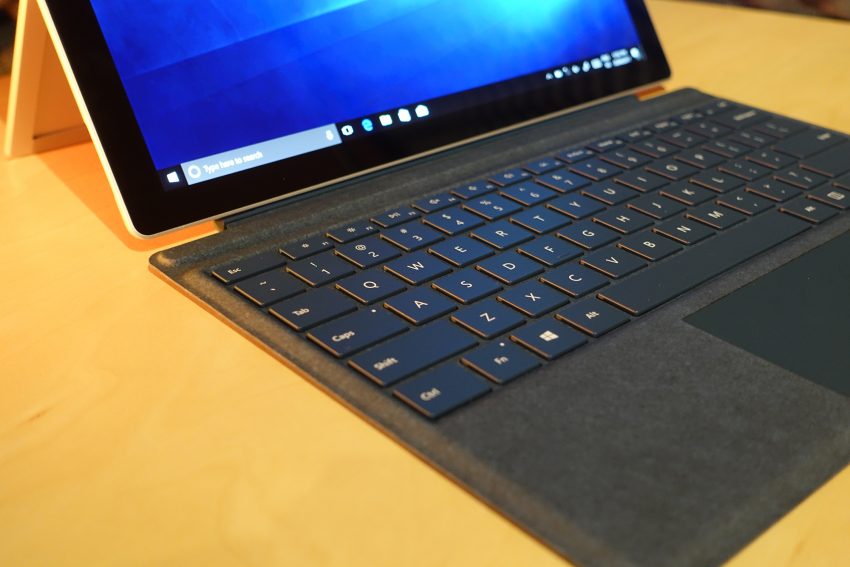 One look around an airport frequent flyer lounge tells you they are selling well in that space.

For those really leveraging the Surface features, the Surface Pen interaction is better than ever too – more responsive, and also working on an angle too – something that may not seem critical, but when compared to the Apple Pencil it did lag a long way behind.

That’s not to say it’s better than Apple Pencil now, but its certainly a damn sight closer.

There has also been a slight change to the hinge on the back.  This gives a slightly greater range of tilt, though I’m not really sure that was a deal breaker since the Surface Pro 4 hinge was a great free-ranging option.

All this comes at a price, a really hefty price. 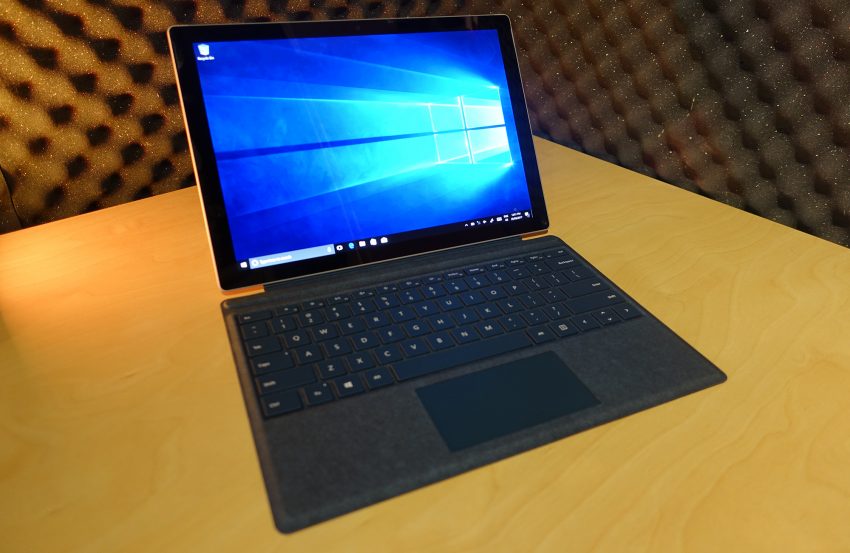 The Surface Pen doesn’t come as part of that price, that’s another $94.95. I don’t mind that though, because I don’t think the Pen is for everyone 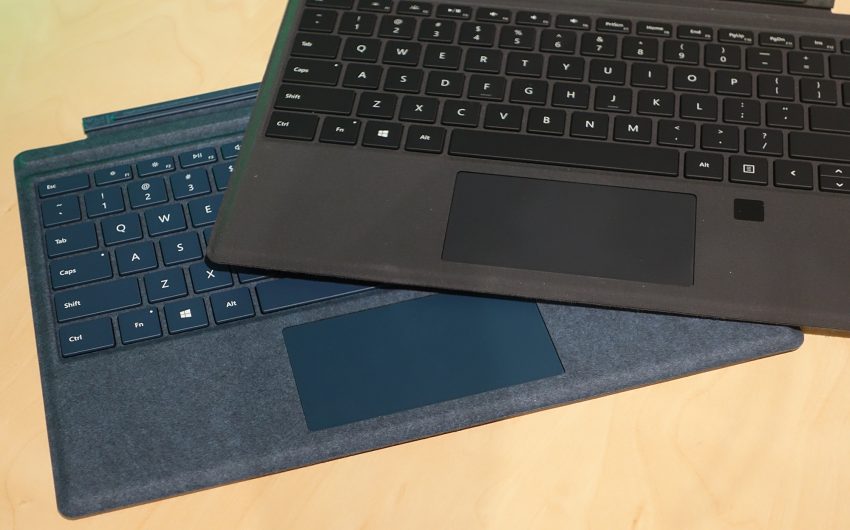 Open up the wallet folks – $199 for the Type cover, jumps to $249.95 for the new “Signature Type Cover in next-generation Alcantara fabric” – come on, what? That’s just ridiculous.

This is without question one of the best Windows based devices you can buy, it is a great, lightweight, portable, easy to use device – the performance leaves no-one wanting but the price holds it back.

All that said, in the corporate world, no-one cares about a $250 accessory, that’s going on a three year lease anyway – so perhaps just quietly, Microsoft are smarter than all of us combined. 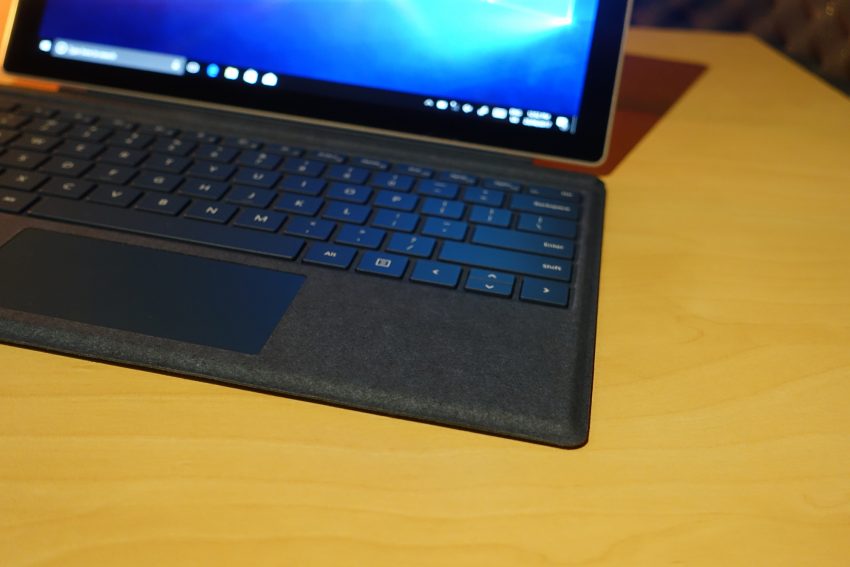