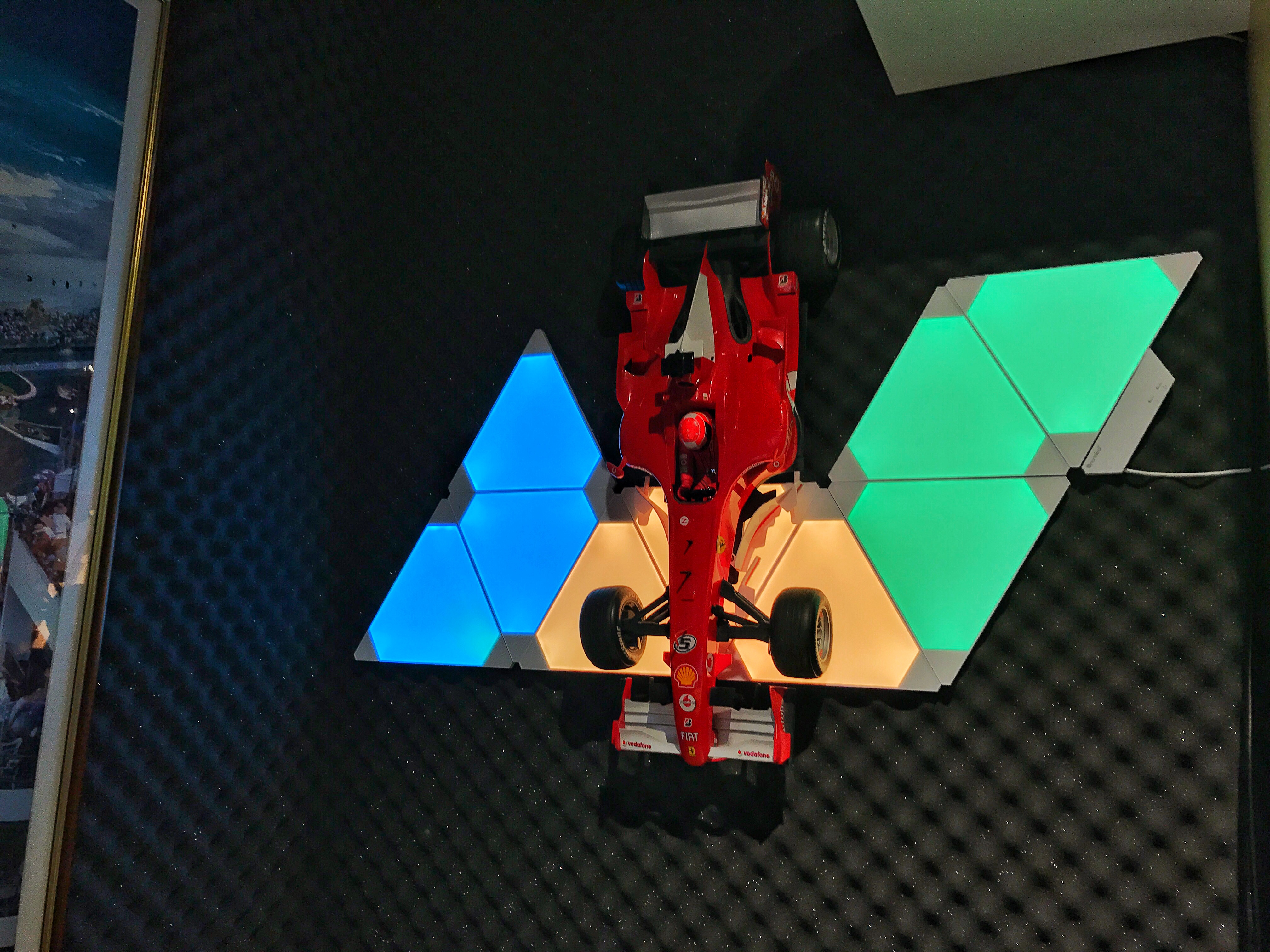 When I first saw the Nanoleaf Aurora I wondered what on earth you would use it for? Where would you need colourful app controlled lighting strapped to a wall?  Now, with it installed in my man-cave I can understand – this is the future of mood lighting, theme lighting and modern decoration. 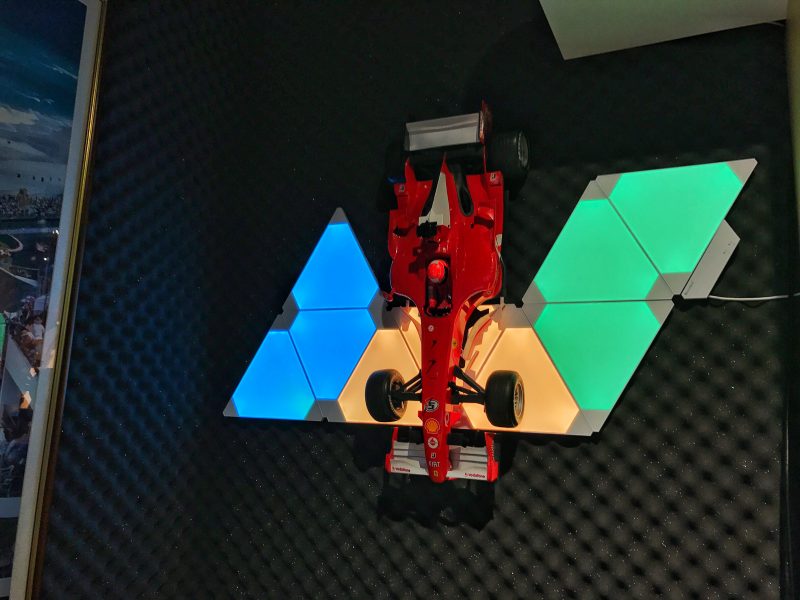 As a starter pack the Nanoleaf Aurora is $299 and that gives you 9 triangular light panels and a power control unit.

Setup is actually ridiculously easy, plug the power unit into one triangle and power it up.  The unit is then paired with your smartphone and added to Apple’s HomeKit to enable complete Siri control. 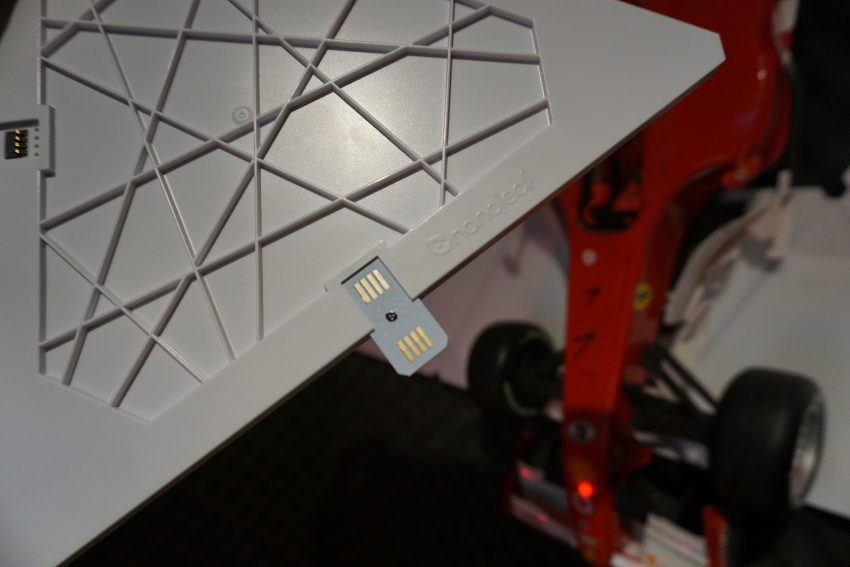 With 9 triangles to use, there are a range of designs you could implement, and once you get into it – you can order more panels too. 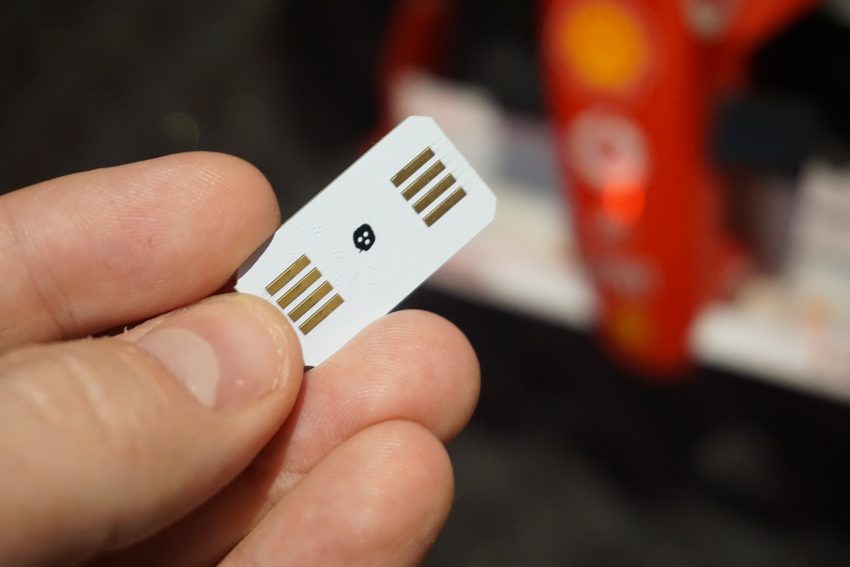 Each triangle is connected to the next using a simple sim-card light card.  The card connects both to a wider circuit, and intelligently shows the pattern by which they are designed in a visual representation on your phone.

You can tap a colour on your phone and a triangle on the screen and change the light colour, or you can setup themes for the colours to rotate through. 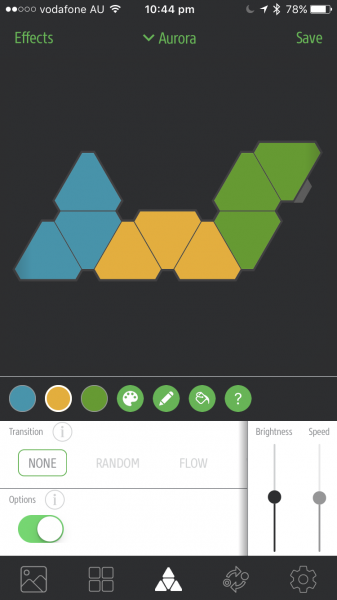 There is no other structure to this device. The “cards” which link them together do not give any structural support to the whole lot of them – they are flimsy as hell, you can lay them out on the floor or a table but don’t try holding your design up to see what it looks like.

To attach them to your wall there is an included set of double sided tape pieces you can use to fix them to the wall – though while semi permanent, I’d be worried about losing your paint when it’s time to bring it down. 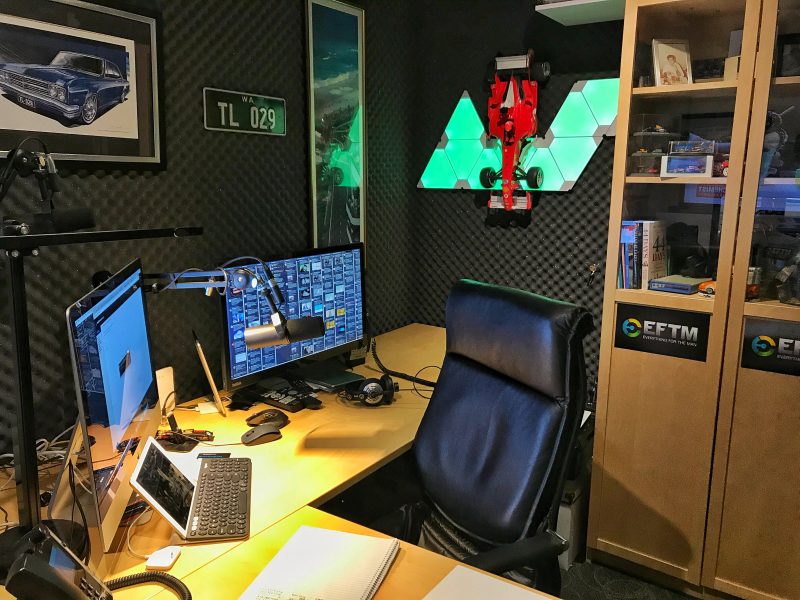 There are accessories you can buy to formally mount the triangles in place, as well as bendable interconnectors allowing you more flexibility about where you lay the design.

Why not? That’s really the only answer. It’s a new form of decoration, interior designers looking for a modern app controlled environment will love this. 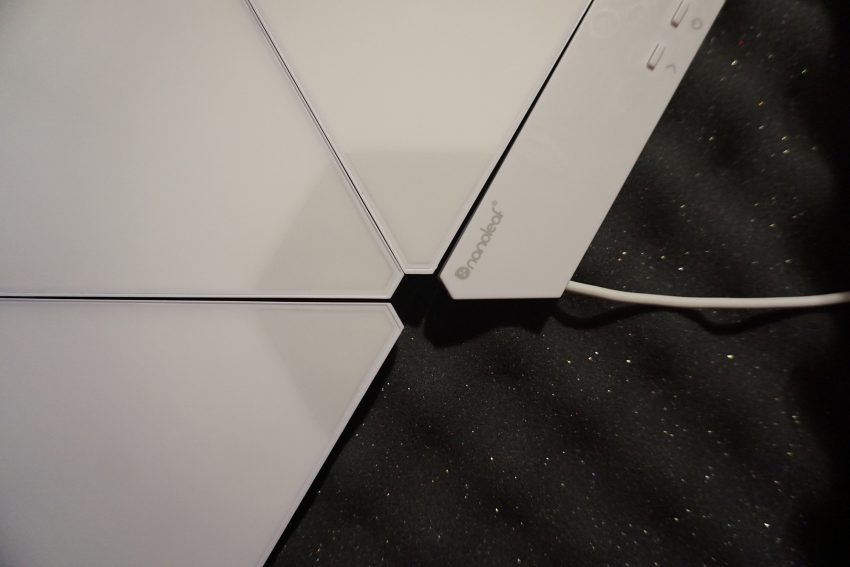 Of course, in commercial applications or at shows you can imagine them being a real drawcard to an area of your display or office.

Fully compatible with Apple HomeKit, once setup you can summon Siri to set the lighting brightness or colour. This also means you can set automations to have them come on and off at certain times, and interact with other HomeKit devices in your life.

For those with a love of certain colours – you can set specific colours, and save a theme.  That theme can then be recalled with ease, either within the app or via Siri. 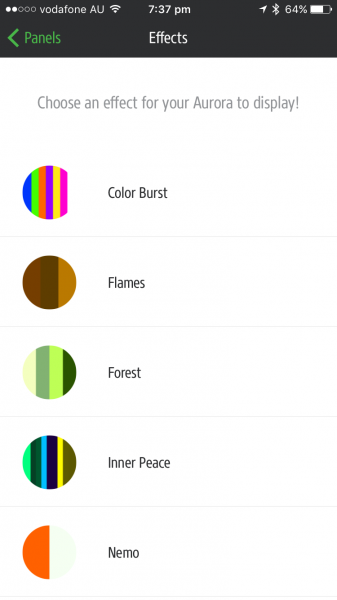 If you’re a party type, look out for the Rhythm module later this year, which allows you to plug in your phone via the headphone jack, and have the nanoleaf beat the lights in sync with the music you’re playing. 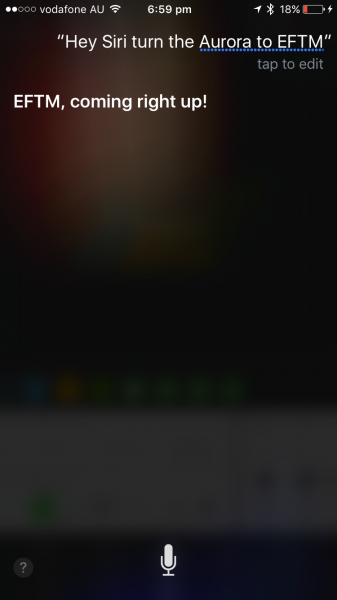 No, they’re not for everyone.  But, if your wife allows it, find a location – and get cracking. 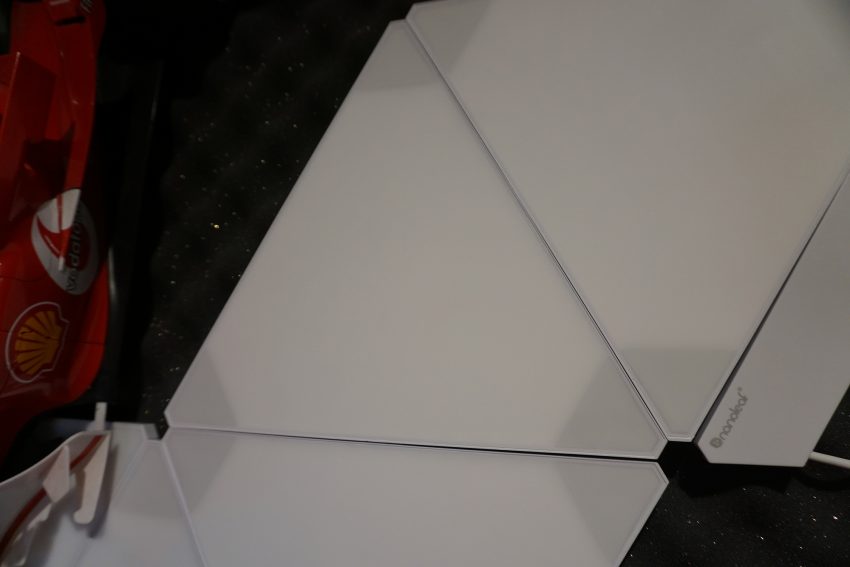 $299 for the starter pack, available at Apple Stores and smart home retailers.