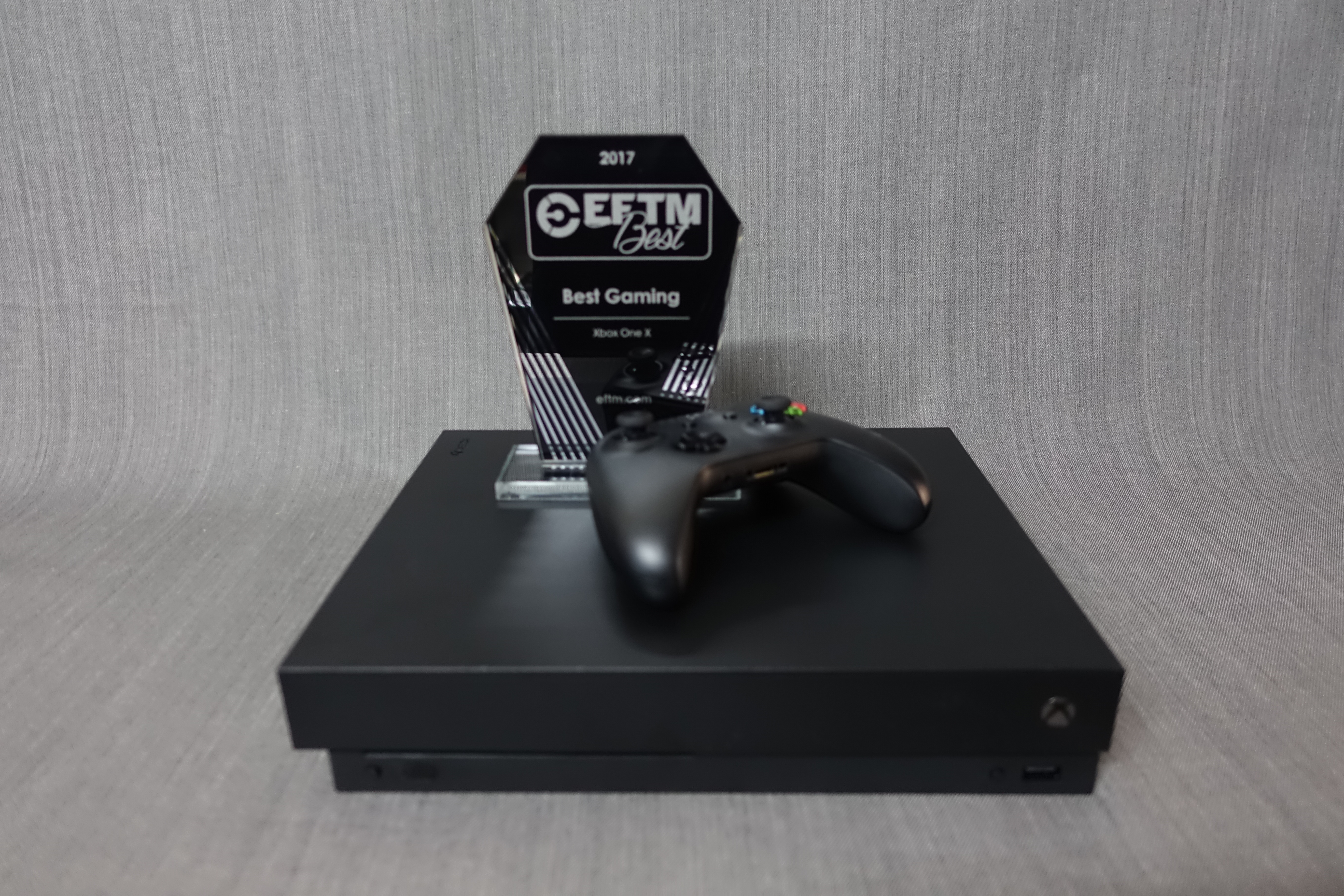 Nintendo Switch, Some great accessories, and the Xbox One X – all contenders for the EFTM Best Gaming award for 2017.  The winner though was a quick decision because the Xbox One X is the most powerful console out today and it’s amazing how they’ve packed it into such a small form factor.

This is an award that could swing from Playstation to Xbox annually really, and this year it’s Xbox that takes the gong.  The new gaming graphics are stunning, the whole form factor and design is great and it’s just impossible to argue with. 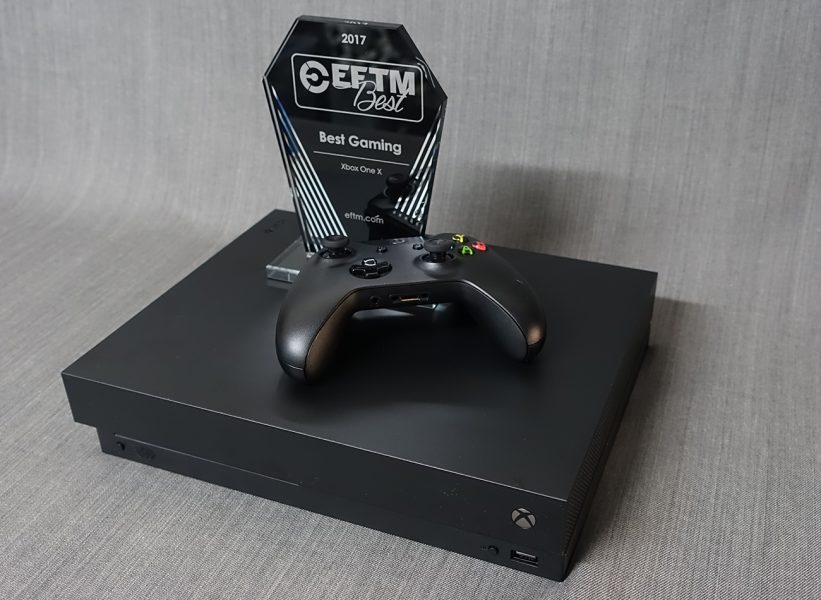 Another deserving winner, the Xbox One X is our winner for EFTM Best Gaming 2017.