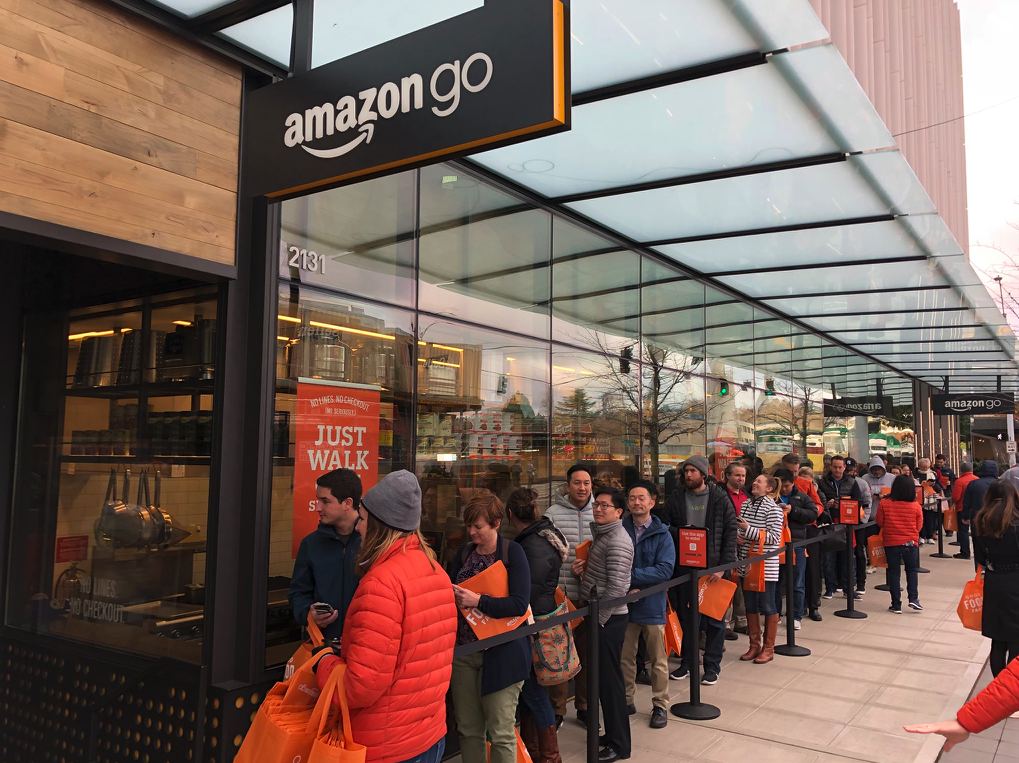 This is all things Internet, all things Modern world – Amazon’s brand new bricks and mortar retail experience is set to revolutionise the way we shop. In so many ways, but the images from opening day don’t really paint the right picture.

You see Amazon Go is all about the experience of not having to line up for the checkout, no queues in store – all you do is grab the things you want and then “just walk out” – in fact that’s what Amazon calls the technology it has developed.

Hundreds of cameras, shelf sensors and an ID (Amazon App) scanner at the entrance work out who’s in store and what they have grabbed from the shelves, then as they leave the cost is debited from their Amazon account.

It’s been trialled for over a year in Seattle, and today it opened to the public.

No queue for the checkout, an all new shopping experience in store – the problem for Amazon is the optics of the outside:

I’m in Seattle and there is currently a line to shop at the grocery store whose entire premise is that you won’t have to wait in line. pic.twitter.com/fWr80A0ZPV

As Ryan Petersen, CEO of Flexport noticed when he visited the store – there’s a huge queue outside the store just to get in!

No, this won’t be standard after the initial excitement of the store opening – and there’s good reason to limit the number of people in store: the cameras need to be able to see you so they can track your shopping!

But – as far as opening day visuals go, it’s a pretty funny look for Amazon:)