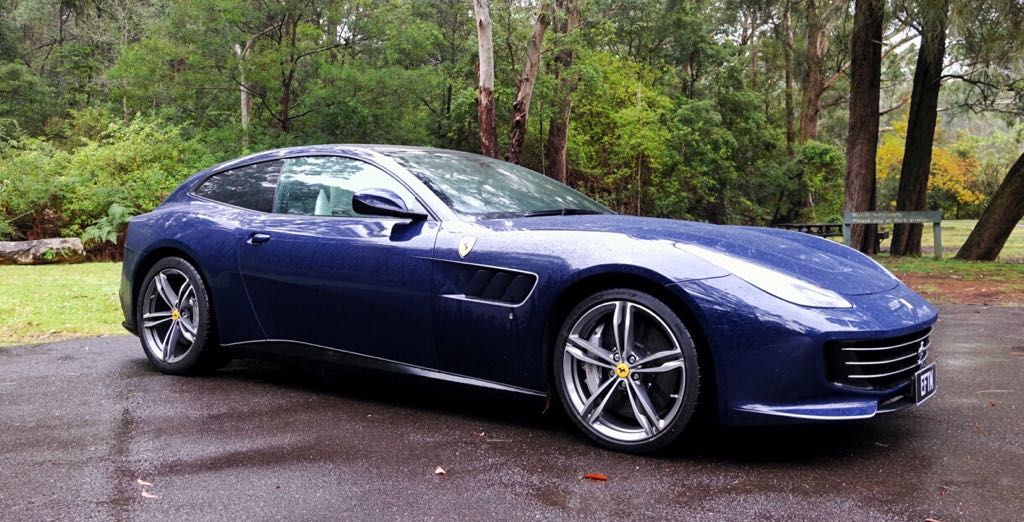 The label ‘family’ Ferrari may sound ridiculous and for 99 per cent of people it is. But if you forced me into a corner and held me down, I’d spill the beans rather quickly and reveal it’s the GTC4 Lusso. EFTM had the pleasure and privilege recently of lavishing Sydney’s streets in one.

The GTC4 Lusso is basically a replacement for the FF model that we looked at back in 2015. To put it bluntly the Lusso has lengths on the almost agricultural FF, mainly when it comes to refinement and drivability. It’s easy to get giddy with excitement when it comes to driving any Ferrari, but this is an all-out beautiful near perfect grand tourer. 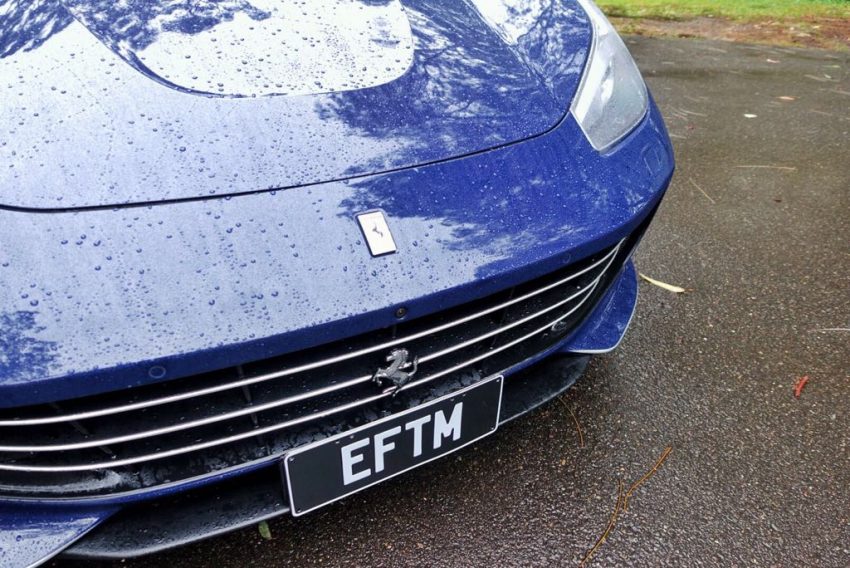 The Lusso is an enormous car, long, sleek and sexy as all f%$k. To walk up to one, knowing you have the keys and permission to drive it is better than, well the horizontal shuffle. That long nose is covering an enormous 6.3-litre V12 which is potentially a ticking time bomb. With 507kW/697Nm on tap you need a substantial level of discipline to preserve demerit points.

What’s more there is not a turbo in sight, those 12 cylinders for the most part just grumble away most of the time. But find an open stretch of road, plant the right foot and honestly this thing erupts into something akin to a wild boar that has been struck by lightning. It will bolt to 100km/h in just 3.4 seconds and return to zero like you’ve hit a brick wall thanks to enormous carbon cermemic brakes. 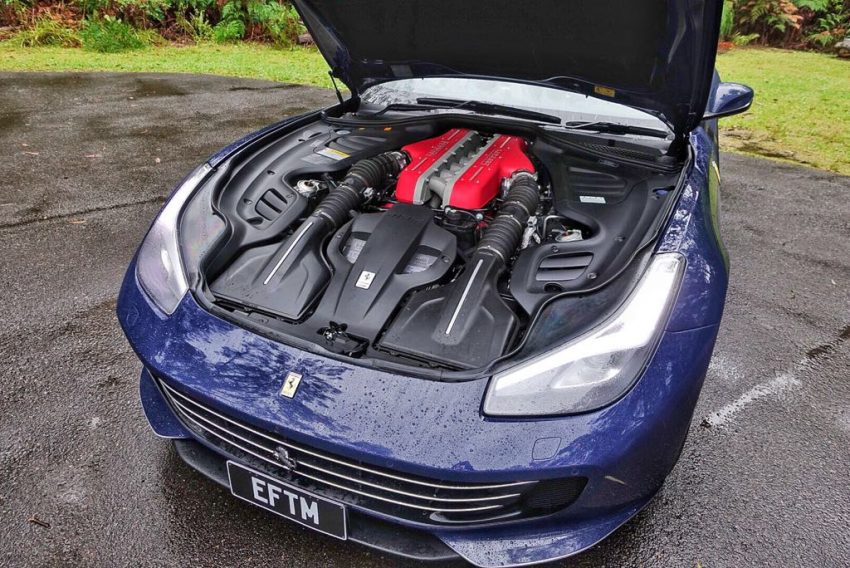 To help keep you on earth the big four-seater is fitted with a 4R-S system, basically an AWD system with rear-wheel steering. All that power is delivered by a seven-speed double-clutch-transmission (DCT). Suspension and ride comfort are controlled by an adaptive electro-magnetic system. 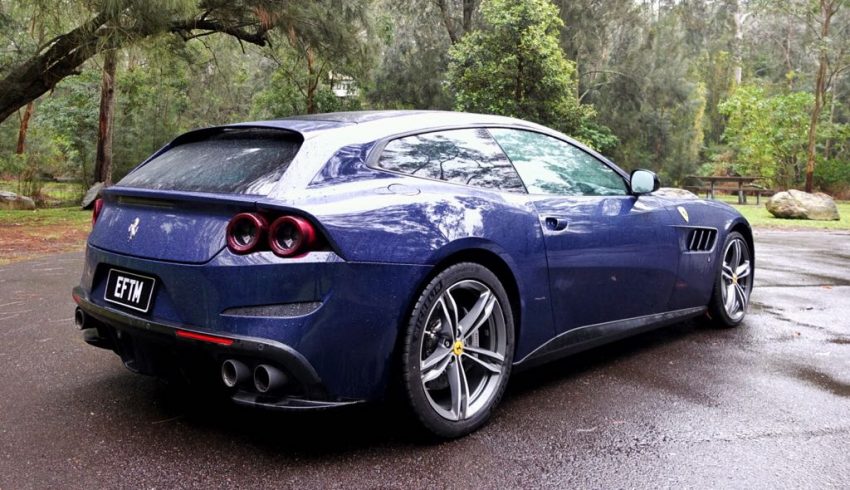 To be honest all this wizardry was hardly put to work during our brief stint, So back to the ‘family Ferrari’ concept. I can say it makes a perfectly good daily commute car. I had no drama strapping a rearward-facing child seat into one of the two rear seats. If only my 15-month old boy could comprehend what he was actually leaving the day care centre in! Two adults could also easily be accommodated back there, although access is a little awkward via the front two-doors. 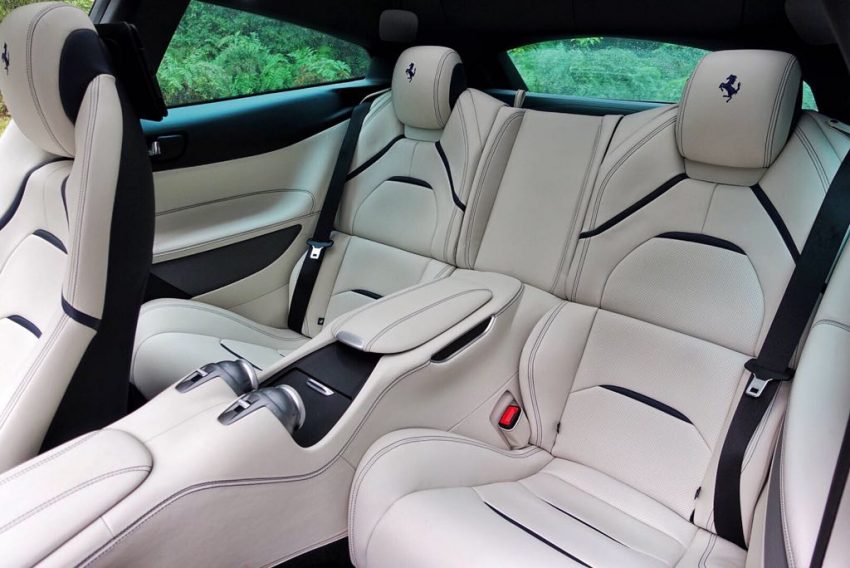 The cabin itself is sumptuous, something that doesn’t necessarily go hand in hand with a supercar brand. There’s acres of leather, impressive dash layout and a decent multimedia screen with Apple CarPlay (for an astonishing $6791). Even though you score a beautifully appointed cabin there’s still the typical Ferrari steering wheel with Manettino driving modes and a red start button. The Ferrari DNA remains in your face, this is a very good thing. 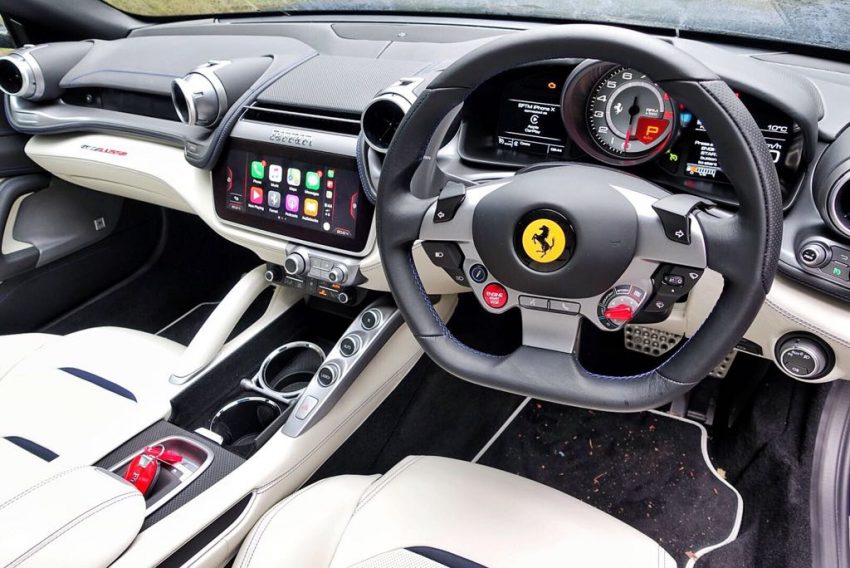 While there’s little doubt this is the most practical Ferrari, boot space is smallish at 450-litres. But overall, it’s a car that can quietly creep around town while matching creature comforts some of the best European competitors such as the Porsche Panamera have. 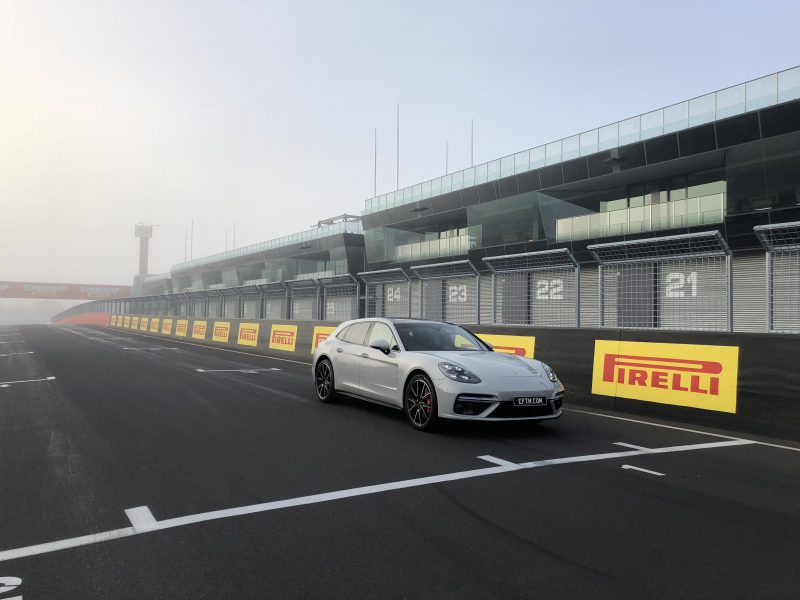 The biggest drama with this car is the long, long list of options and their absurd prices. For example, the historical Blu Scozia paint on our test car will set you back $21,730, a glass panoramic roof is $32,500. The list goes on forever, so much so it lifted the base $577,888 price to $750,698. But this kind of observation is irrelevant in this space. The Ferrari GTC Lusso is just a brilliant piece of Italian engineering, one that almost stops traffic. It’s a 9 out of 10 for me.