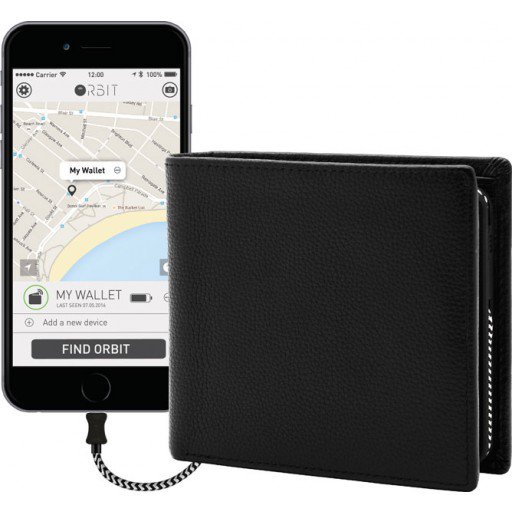 I have a new wallet. So what I hear you chorus! But this is no ordinary, black leather wallet. This my friends is a smart wallet, one that can charge my phone, find my phone and be found via my phone. It’s from a company called Orbit and let me tell you this, I bloody love it. 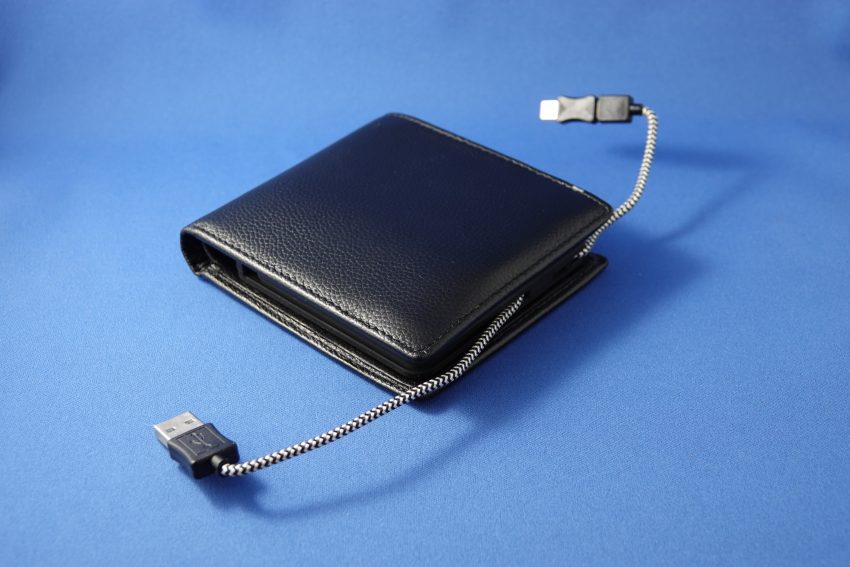 Orbit is essentially in the same space as Tile, those little Bluetooth trackers that hook onto keys or anything else prone to going missing. Orbit have a range of similar products, including credit card sized trackers that can fit anywhere. But this wallet is something else. 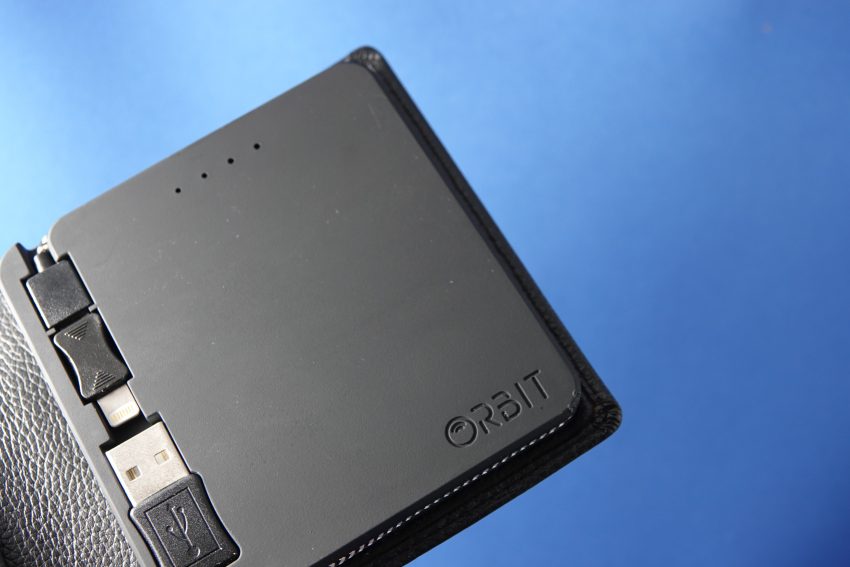 From the outside there’s no discernible difference between this and a typical men’s wallet. But on the inside sits a square shaped 2500mAh battery with a USB to recharge your wallet and micro-USB to recharge a phone. Plus, there’s a lightening adaptor for new iPhone users. 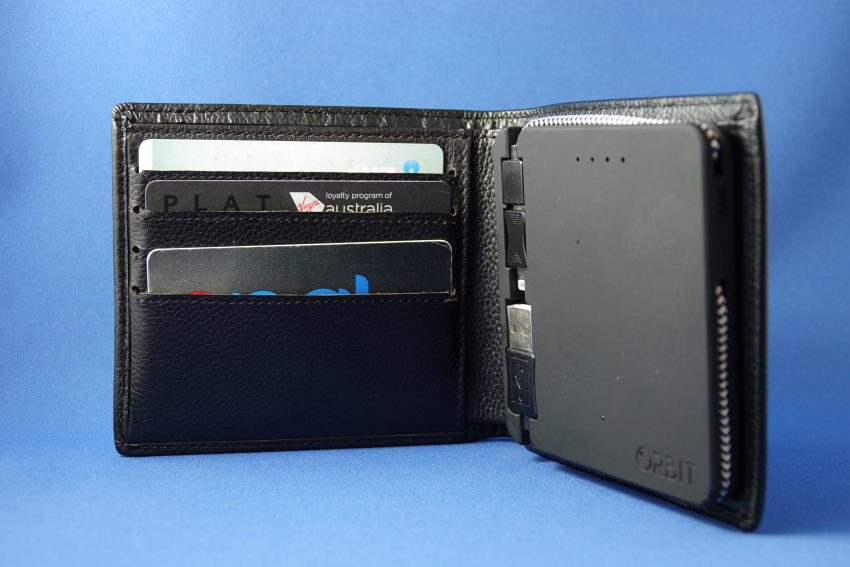 Essentially in emergency situations I can charge my phone fully at least once. Plus, the wallet has a built-in Orbit tracker, so in the event it goes astray it’s a matter of simply opening the Orbit app hitting the find button and waiting to hear a rather loud 90dB chime come from the wallet. This all relies on Bluetooth range, beyond that you will at the very least know via a map and GPS where the last known location was. 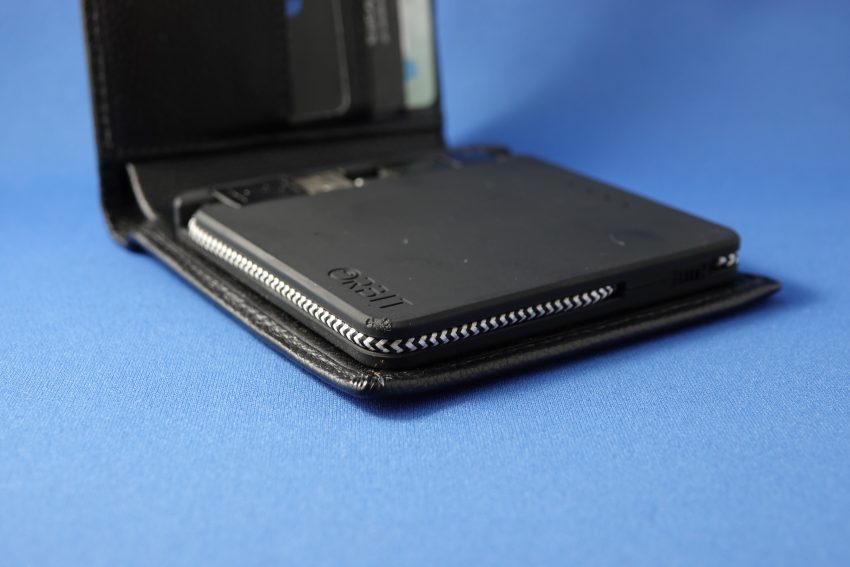 Another very handy feature is the ability to use the wallet to find your phone. You simply hold down a button on the side of the battery and seconds later off goes a musical chime on the phone.

There are four credit card slots, although I’ve managed to squeeze in about eight cards. The leather is genuine and really, I find it to be quite slim. It also weighs just 140g. If you’re ok with placing your wallet on a charger from time to time, check it out here where it retails for $149.95. 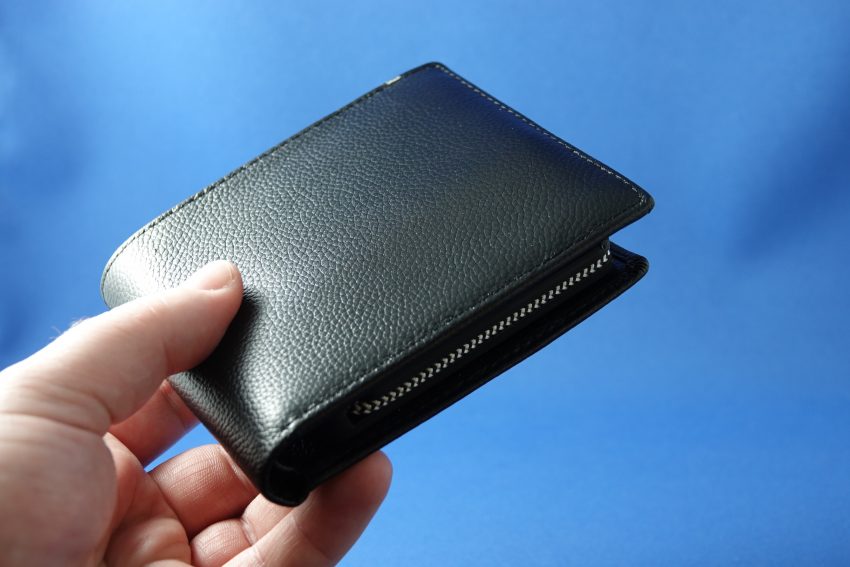