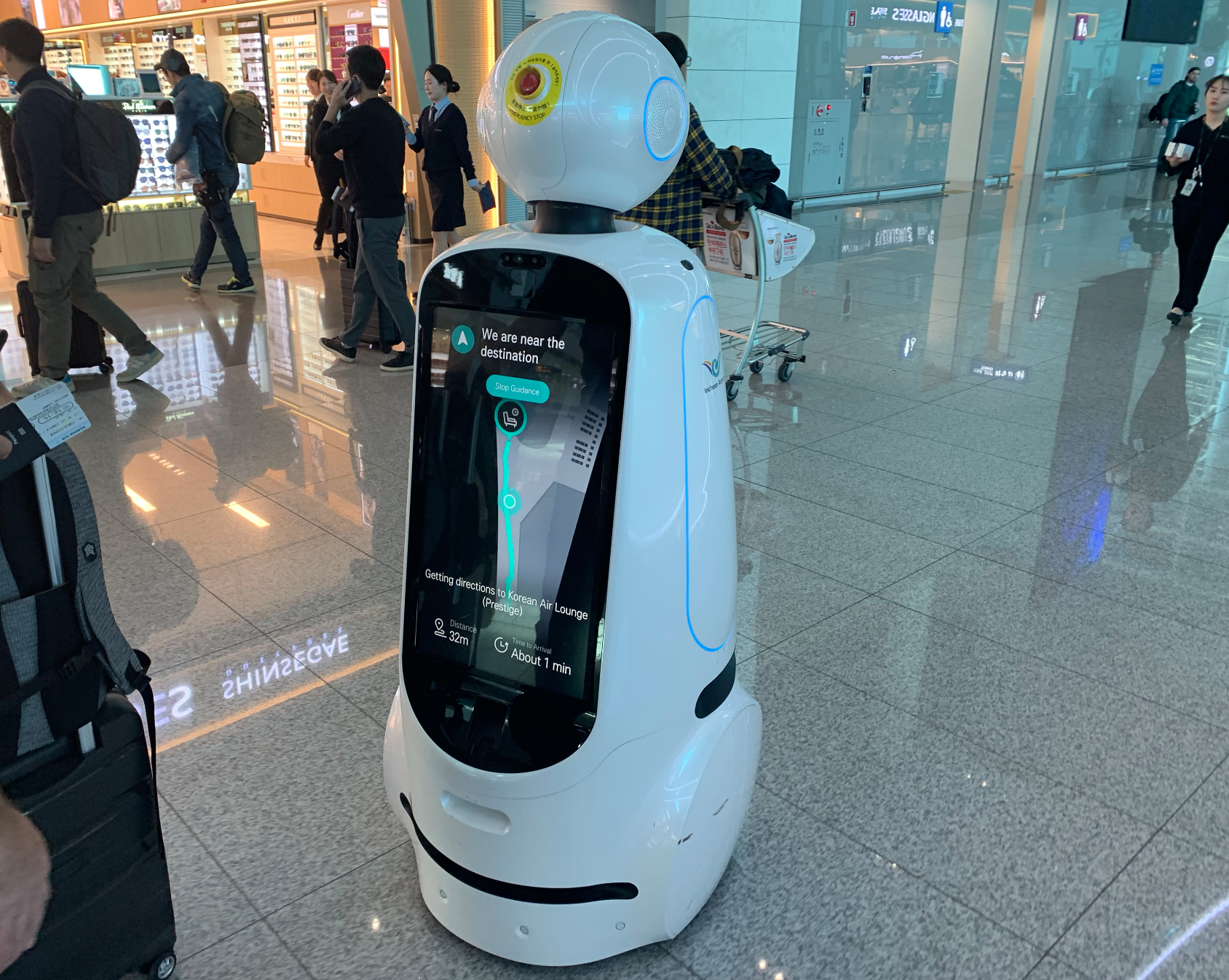 Your Robot Guide – the future is now

Have you ever been a bit lost inside a large shopping centre or robot?  Turned to one of those information kiosks and typed in the name of a store or destination only to be presented with a map showing arrows where to go? 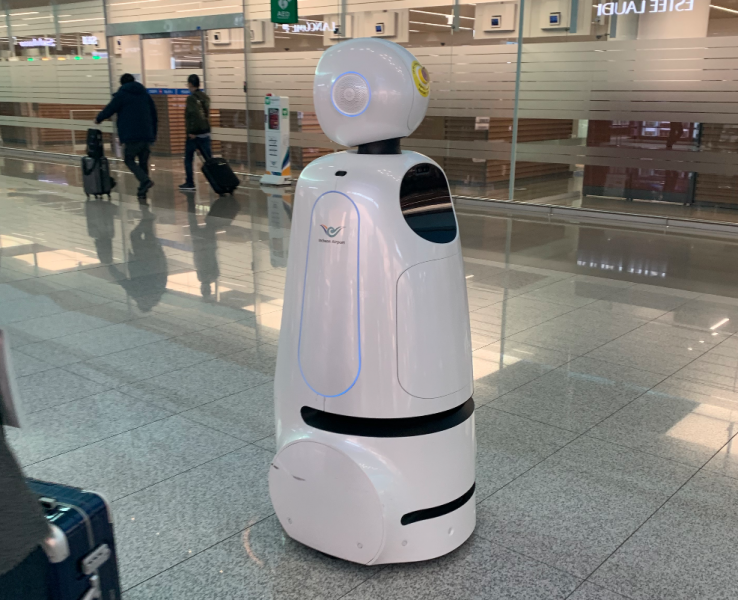 The future looks a lot simpler – soon you’ll be guided to your destination by that screen – on a robot.

I tested this today at Seoul’s Incheon International Airport where we came across this strange looking robot.  After touching the screen and switching to English, we typed the location we were looking for then told to “Follow me”. 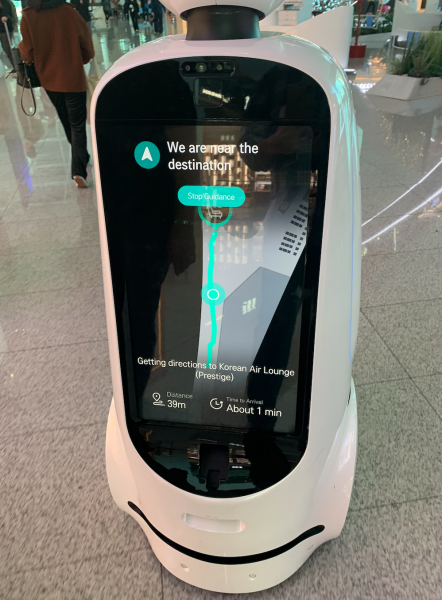 A map appeared on the large screen while we simply followed along at a leisurely place. 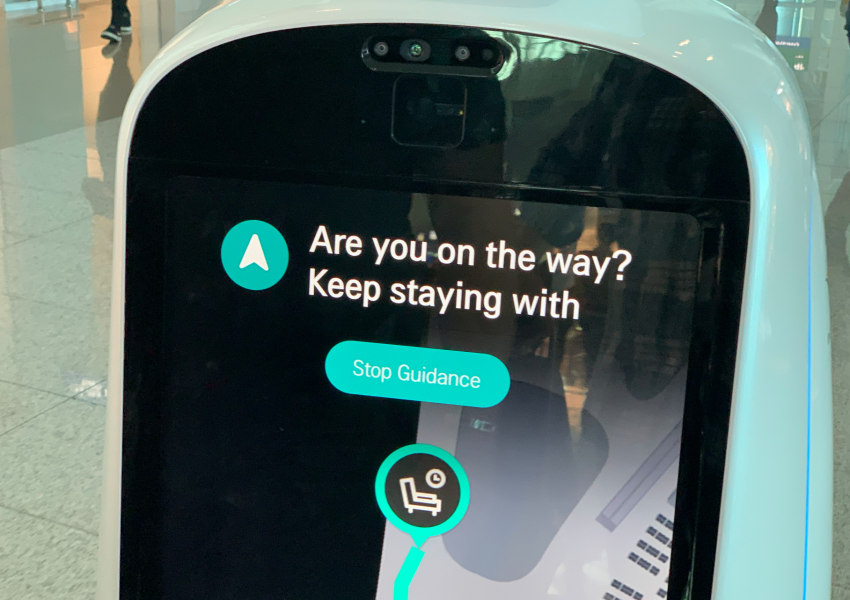 She stopped short a few times thinking we’d stopped following, and struggled to see us we think because the sun was shining directly into the cameras which were pointing back toward us. 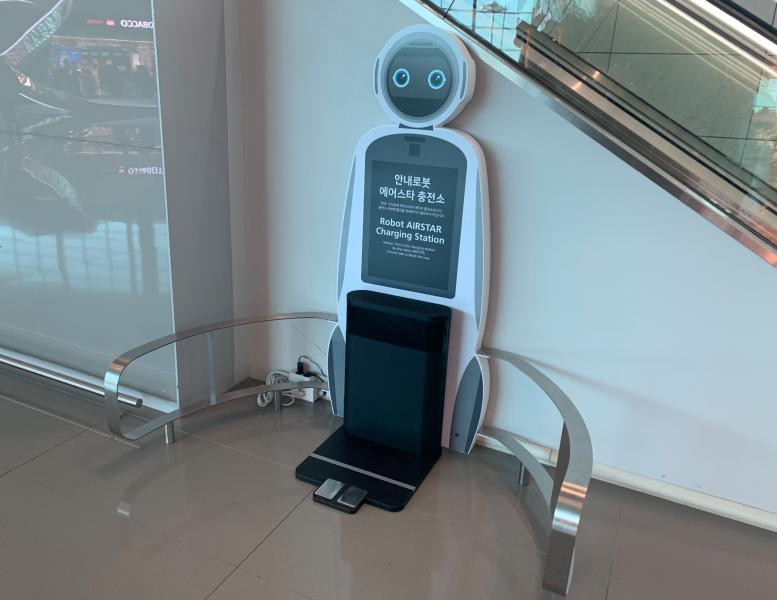 As we neared our destination, I saw the charging station it returns to when needed, and then we arrived and were sent on our way after a quick satisfaction survey and a parting gift. 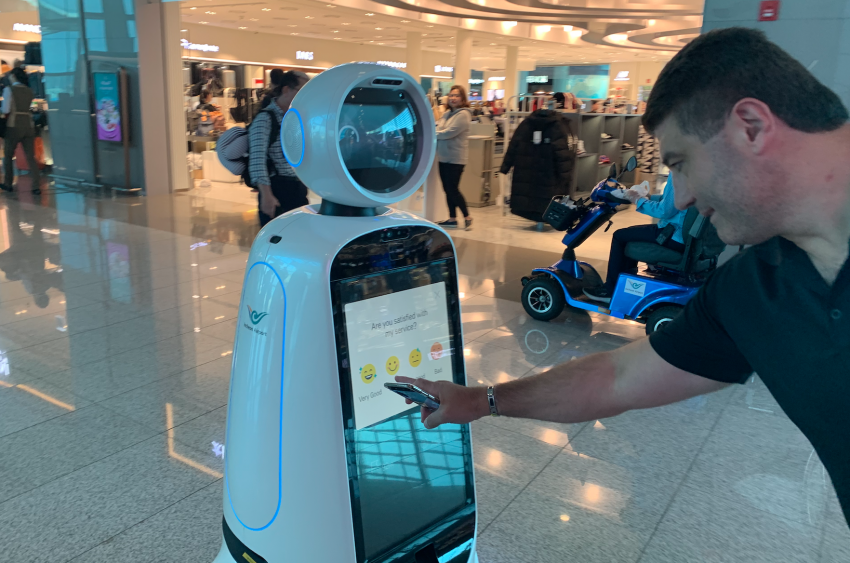 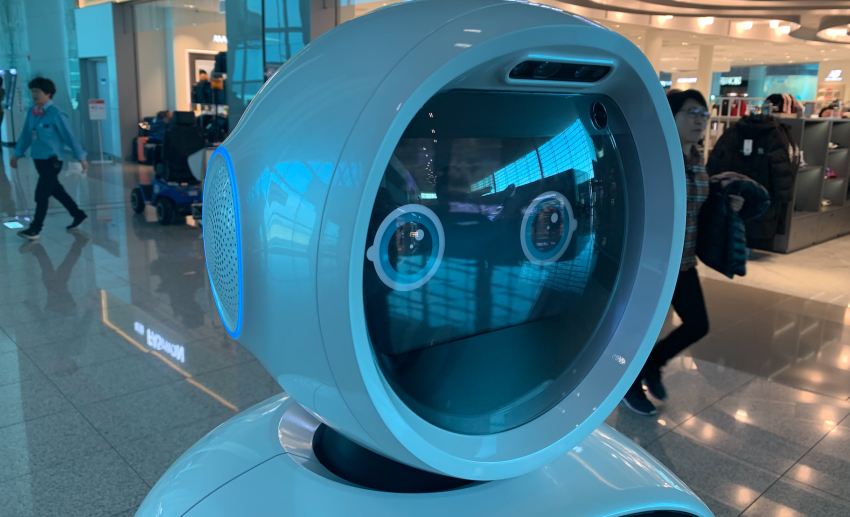 From what I can establish, it is LG robotics technology with a third party designing the robot itself.

I for one embrace our robot guides, bring it on.

Your Robot Guide – the future is now