Doesn’t gaming cop a hard rap a lot of the time – “kids and violence linked to gaming” – “excessive screentime a problem with kids”. Yeah – you get it. Well, ladies and gentlemen, let me introduce you to Farming Simulator.

No, I’ve not been living under a rock, I know this has existed before now, but I’ve never given it my real attention or time. But then this came across my desk:

“The frenetic, always-on pace of modern life can feel leave us feeling disconnected from life’s simpler pleasures, such as the relative peace of the countryside. Games that simulate the real world, such as Farming Simulator 19, can have significant cognitive and sensory benefits – slowing players down and immersing them in tasks and scenarios that are familiar and relaxing, but wouldn’t otherwise be accessible to them today.” 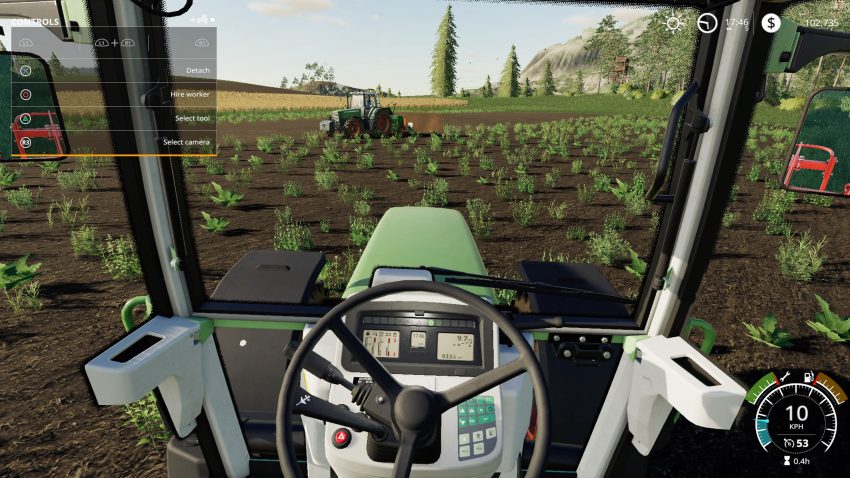 That’s the view of Professor Jeffrey Brand of Bond University who’s recent study revealed that revealed that 67% Australians now play video games and of those 76% readily identify mental health as the top benefit of playing.

You read it right – gaming is good for your mind.

The headline act in Farming Simulator 19 are John Deer Tractors – for the first time in the game, because in a game with 100 or so actual brands, they were a glaring omission. 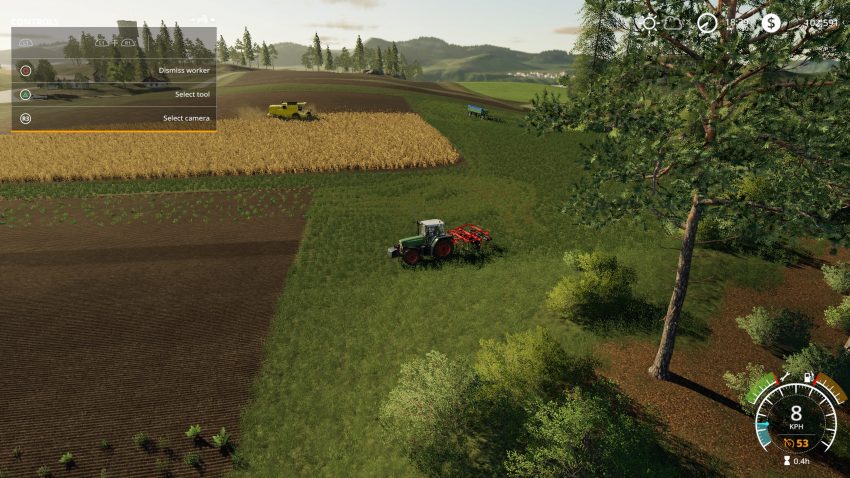 But having thought about this relaxation thing, I gave it a go, a good hard crack.

At first, I was frustrated as I have been before – this thing is complex, hard to get your head around and the controls are unlike any other game.

But if, as according to the good Professor’s study – 84% of people feel that gaming improves their thinking skills, and  74% feel a positive impact from gaming on their emotional well-being I’m prepared to give it a crack 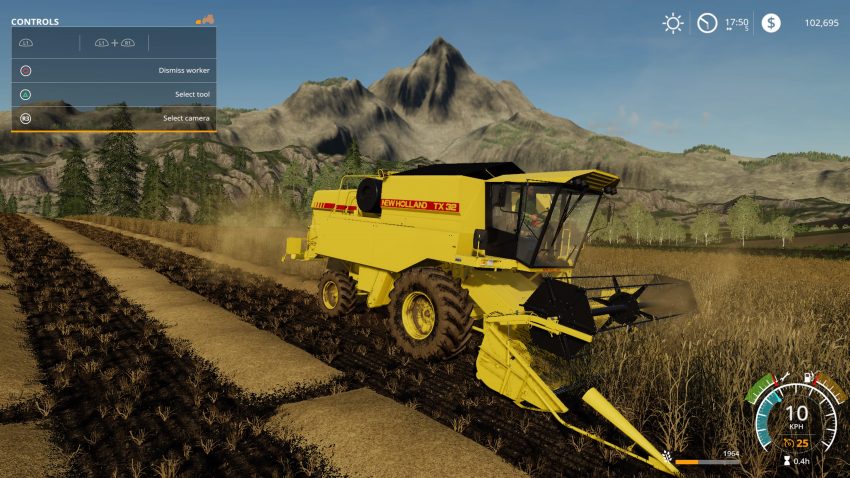 I yelled at it a lot, then I took a step back and started to find the buttons to push and wow – I’m a farmer!

Don’t get me wrong, farming in the real world – a prick of a job.  Out in the elements, stressed about the rain and your crops or cattle.  So this is me talking about a computer game ok? 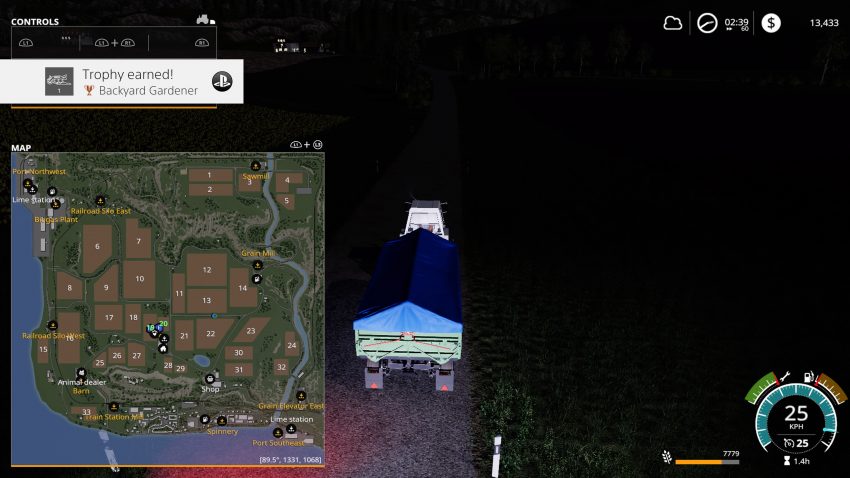 Once I worked out how to initiate the tools on each tractor, I was ploughing, planting and harvesting in no time.

Heck, I even leased some big-arse gear and took a contract to harvest someone else’s farm! 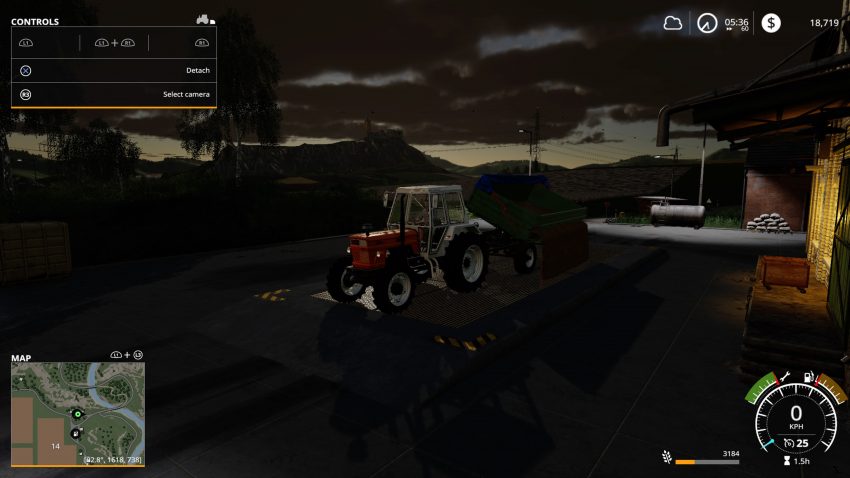 At no point can you rush this.  There’s no fast travel to the shop to pickup that new header or seed.  Sure you can hire workers to do the back and forth on most vehicles, but you’ve got to run this farm.

I simply love it.

I sat for three hours harvesting a field the other night.  It was bliss.

There are a few modes you can kick into to get you started, but if I’m honest, I think the game lacks a pure sandbox mode.  I want unlimited cash to just go crazy and run a mega farm, despite my better wellbeing as a result of playing Farming Simulator 19, I’ve still got a life, and that means very little time to get into my virtual farm, so I’d like to make the most of it and get cracking on my empire. 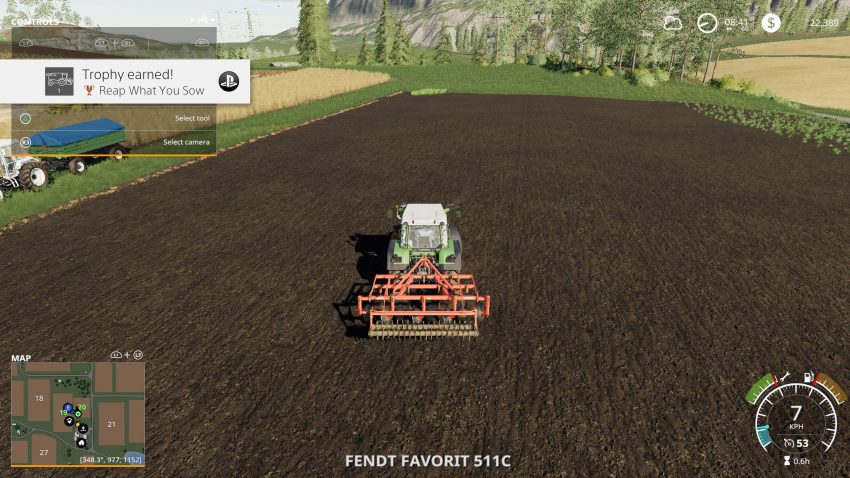 So be it, for now, I really can’t not recommend this to you – it’s a blast – in a very very non Call of Duty kinda way. 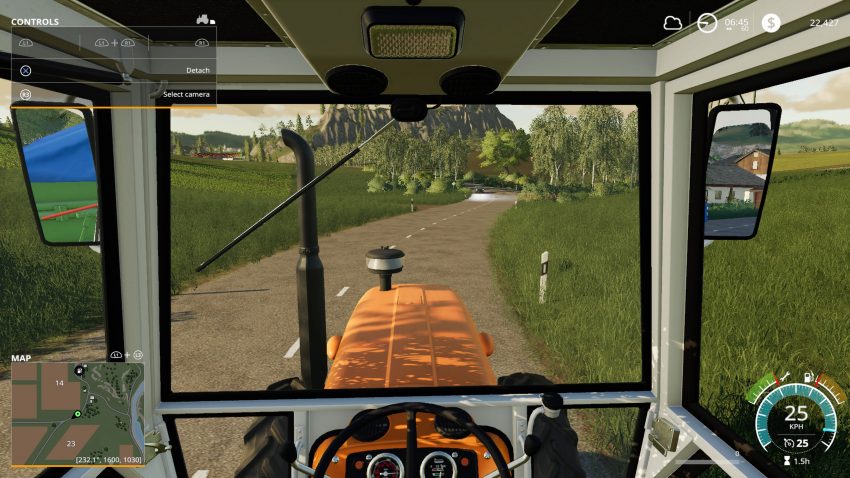